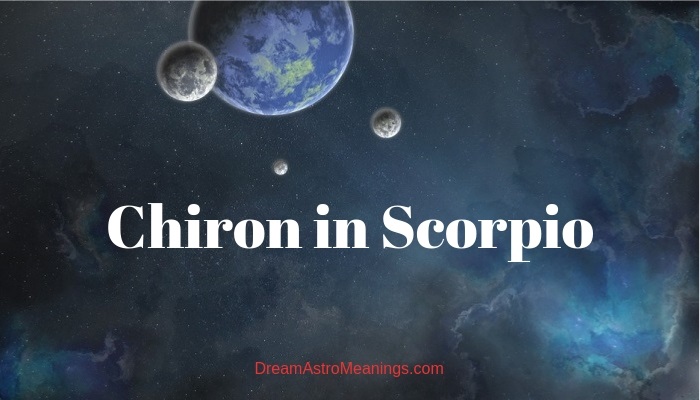 Chiron was discovered by the astronomer Kowal in 1977. After this discovery, more of these bodies were discovered.

He was presented as a truly special being. this creature was an orphan. He was abandoned by his mother, the nymph Phylira because she didn’t like the way he looked. His father was the ancient Greek Titan god called Cronus, who seduced his mother disguised as a horse.

The orphan Chiron was raised by the Greek god Apollo: the ruler of arts, poetry, music, sun, light, archery and hunt, disease and healing, knowledge, protection of the young, and prophesy. Apollo shaped Chiron’s character. Chiron was well-mannered, very intelligent, knowledgeable, educated, he knew the gift of prophecy and healing, and he taught others of his knowledge.

The other centaurs were different. They were rude, always drunk, lustful, and often violent. Another thing separated Chiron from the rest of the centaur bunch. He only had his back legs of a horse, while his front legs were human. He also usually wore clothes while the other centaurs were naked.

Chiron was a great healer, but he tragically ended his life, unable to save himself. This is why he is often called the “wounded healer”. Because of that, Chiron’s placement in our natal chart indicates the areas in our lives where we feel inadequate, ashamed, hurt, unsuccessful, unworthy, etc. and usually we don’t understand why we feel that way.

Our feelings usually have history deep in our past, our youth, or our childhood, and some of them even date back to some previous lives. If we don’t deal with our issues during our lifetime, we tend to carry the wounds during our next incarnations until we finally reach the state when we can admit we are wounded and begin healing.

Chiron’s placement in our natal chart points to areas where there are some lessons we need to learn so we stop making the mistakes which slow down our progress and ruin our lives.

These areas are ruled by the sign and the house in our natal chart where Chiron is placed. It is very important to notice the areas where we feel discomfort and lack of confidence and success because they are most likely the ones we have some work and healing to do.

In these areas, we might experience feelings of lack of worthiness, issues with low self-esteem and self-love, we lack confidence, or we are insecure, our ego is hurt, or we experience some other unpleasant feelings.

Often we feel very disappointed in relation to these areas, or we feel unappreciated, or we keep facing obstacles on our way to reach our goals. It seems as though it is impossible to accomplish any kind of success regardless of our efforts.

We usually try to ignore these feelings and keep putting in action to achieve our goals, but the results are usually unsatisfying or there are no results.

The important thing with Chiron’s wounds and lessons is to accept the fact that we have issues and admit all these things about our personality. It is not easy because our ego is preventing us from doing that, especially if it is strongly developed in some person.

Chiron usually provokes such behavior, and makes us ignoring the issues we have and exaggerating in our efforts to prove we are alright and we don’t have any issues, only to experience more failures and disappointments. The moment we admit there is an issue; we are one step closer to healing.

Chiron and its aspects in our natal chart are an indication of our weaknesses and blockages we have in our personalities that prevent our progress and achievement of our desires. And although we are insecure and vulnerable, we have a strong urge to keep trying to make some results, but we only get more disappointments.

After another disappointment, we feel more miserable than the last time, and we continue this behavior until we realize that we’ve had enough. When we can’t help but admit we have issues, that is, when we admit that we are insecure, or we aren’t confident enough, or we aren’t capable enough, we consider ourselves worthless, we don’t love ourselves, etc. That is when our healing begins.

For Chiron to finish its transit through all the signs of the Zodiac it takes around 49 years.

Chiron stays in one sign for years, and during that time it influences generations of people who are born within that time span. When we want to discover the effect Chiron has on a person, we need to take into consideration its sign, natal chart house placement, and its aspects with the planets in that chart.

Its lessons are usually related to issues with our confidence, self-esteem, our ego, feelings of self-love, and self-worth, our self-respect and self-appreciation, our insecurities and doubts, etc.

Because these issues are so personal, it is not easy for anyone to admit having them. It usually takes a lot of denial and time to do that finally. Unfortunately, usually a lot of years, and sometimes decades pass before a person realizes that it has a problem which is blocking their progress and prevents them from accomplishing their desire.

Many people spend their whole lives not reaching this point of realization. These people live a miserable existence accusing others for their misery, not able to understand that they are the only ones who ought to be blamed for their life circumstances.

The funniest thing of all is that these people, who cannot help themselves, at least not easily, have a gift to help other people realize the solution to the same issues they are experiencing.

The answer to that is simple: they need to go through a series of experiences before they are able to realize their mistakes and make an effort to change. They need to learn their lessons without anyone’s help.

Chiron makes us repeat our mistakes, even though we don’t change anything and we only experience disappointments. The god thing is that these disappointments make us aware of the issues we need to work on.

Men with Chiron in Scorpio can sometimes be very manipulative or vindictive. They could exhibit destructive behavior or they could be very jealous and possessive.

These traits usually come from some past bad experience, mistreatment, insecurity, etc.

To heal these issues they need to overcome their ego and admit they possess these traits. After that, their healing might begin.

Women with Chiron in Scorpio are often morbidly obsessed with death and they often have a big fear of death and dying.

This fear usually is a result of past hurtful experience and an unhealed wound from someone’s death.

These women have often experienced a sudden death of a loved one, and have never truly recuperated and accepted the fact that the person is gone. The solution is to come to terms with that fact so that the healing could start.

People with Chiron in Scorpio are usually talented to give advice to people who have some morbid fears and obsessions, who are jealous, manipulative, destructive or exhibit similar behavior, etc. on how to overcome these traits.

Although these people have a talent to give advice to people who have a great fear of death or dying, or exhibit manipulative and similar behavior, they cannot easily deal with these issues when they are the ones in need for help.

Their path is to come to their solutions on their own.

People with Chiron is in the sign of Scorpio are often obsessed with death and dying.

These people are usually in the quest to understand the meaning of life on this planet and death as part of life, and often have a morbid obsession about all matters related to death and dying. They often fear death, whether it is their own death or the death of someone close.

That is why they might become overprotective of themselves and their loved ones. They might also have a problem accepting the fact of death as an inevitable part of every person’s life.

This wound often comes from some painful past experience, dating back from your childhood or recent past, and sometimes from a previous life. You might have experienced a sudden or mysterious death of a loved one which left you paralyzed and unable to accept it as a fact.

This event was the cause of an obsession with death and dying, and developed a fear of your own death or the death of someone you love. In some cases, this wound comes from your own mysterious or sudden death in some of your previous lives, which happened in an unexpected moment for you.

This feeling of surprise you have experienced during the moments of dying has followed you to this incarnation and will keep pressuring you and filling you with fear until you decide to acknowledge and accept it, as well as accept death as a part of our life and reconcile with that fact.

Chiron in Scorpio indicates transformations which need to occur in a person’s life in order for the person to be liberated from her past hurts and fears and be able to heal. The placement of Chiron in the natal chart as well as the aspects it makes with other planets will point out the exact area where the transformation and acceptance need to take place.

People with this Chiron placement might be prone to gloomy moods and unfounded fears that everyone is against them. They might project their fears onto everyone they meet accusing them of trying to hurt them in some way.

The root to these fears might be some past experiences where these people were actually hurt unexpectedly by people they didn’t expect it from.

After that experience, these people have developed a fear and doubt that everyone is potentially their enemy, and have a defensive attitude towards anyone.

The way to heal is to try to discover the reasons for their fears and confront the experiences again if they can, or simply forgive the people who have hurt them and move on; it is the only way they will be able to get rid of the fears which have possessed them. They might realize that by being defensive and isolating themselves from the rest of the world they are only hurting themselves.

In some cases, Chiron in Scorpio makes people jealous, possessive, manipulative, destructive, or vindictive. It is hard for people to admit having such traits, but if or when they do admit they have them, the way to heal is to forgive themselves for behaving in such a manner towards people, and after that change completely their behavior.  In some cases, this Chiron placement makes people self-destructive.

These people need to look deep within themselves and acknowledge the issues they have, so that their healing process could start.

People with Chiron in Scorpio might be obsessed by death and dying, as well as have a great fear of death, usually because of past traumatic experience with their own death or the death of their loved one.

These people can also possess a manipulative, vindictive, destructive, jealous or possessive nature.

Chiron in their chart points out the areas where they tend to exhibit such behavior and is asking them to change.

The solution to the issues they have is first to determine their cause, then to admit them, after which the healing process might begin.