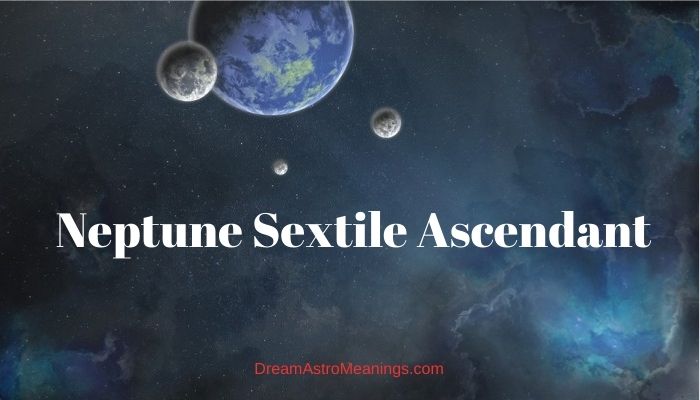 Astrologers associate the planet with everything incomprehensible and supernatural.

It symbolizes the mystical part of the soul, creative inspiration, dreams and dreams. Neptune is responsible for spirituality and mysticism, ideals and religion.

The energy of this planet allows the soul to travel to parallel dimensions, to comprehend all the subtleties of the spiritual world. Everything that is magical and that defies explanation is within the purview of this planet.

The energy of Neptune inspires writers, artists and musicians, psychics and humanists. This is the so-called “higher octave of Venus”, thanks to which love rises above the individual and turns into an independent, eternal matter.

Neptune transforms the Ego into a higher form of being, destroys the limitations and boundaries of social standards. Its action is soft and imperceptible, in contrast to the rebellious influence of Uranus.

It enhances sensuality and sentimentality, lures into the dimension of fantasies and dreams. The planet forms an idea of ​​ideals and perfection, “saves” a person from a cruel reality, taking them into colorful and mysterious dreams.

In general, Neptune symbolizes any attempts to escape from reality, which may be manifested in art, religion, cinema hobby. Alcohol and drugs as a way of escape from everyday problems are also explained by astrologers as a consequence of the influence of Neptune.

Positive Neptune stimulates you to expand the boundaries of your own personality, to exalt yourself above the ordinary and routine.

He personifies the search for something more, arouses interest in the unidentified and incomprehensible. Also, this luminary displays fears and doubts, tearing a person away from reality and preventing him from adapting to reality.

Astrologers associate the planet with suspiciousness, excessive sensuality and vulnerability. Those who succumb to the negative effects of Neptune are too susceptible to resentment and criticism, and they experience a breakup or failure for a long time and painfully.

The positive aspect of the influence of the Neptunian energy is the ability to heal and foresight, the pursuit of beauty.

In ancient mythology, the name of Neptune was borne by the god of the sea – the lord of the water element.

The planet itself was discovered in the middle of the 19th century at that time, then the interest in magic, mysticism and occult sciences increased significantly in society.

Religious ideology also received a new round of development. More and more people were interested in spiritualism and the afterlife. Various occult rituals have become very popular in high society circles.

Neptune is inextricably linked to empathy and mercy. Its location in the natal chart indicates how strongly a person strives for perfection, how compassionate he is and whether he is ready to help everyone who needs it.

Neptune is also responsible for feelings of guilt afterwards for failing to fulfill a duty of mercy.

Neptune sets before a person creative goals, without reaching which he can plunge into the world of deception and hypocrisy.

The negative energy of Neptune can manifest itself in a propensity for adventures and fraud, theft and violence.

According to statistics, most of the killers were born under the influence of this planet.

The positive energy of Neptune evokes a desire for self-sacrifice and service to high ideals. It also provides for the rejection of earthly needs and material wealth.

This planet connects the soul with the heavenly and divine, uniting the ideal and material principles into a single whole.

Neptune is identified with charity and sacrifice, but a reasonable framework must exist here.

If you think too much about the welfare of other people, you can not only completely forget about your needs, but also become proud, imagining that you are a hero-savior.

The negative side of this planet also manifests itself in psychological instability, dishonor, isolation, mistrust, and self-deception. It can cause both sadistic tendencies and suicidal thoughts.

Having succumbed to the bad influence of Neptune, a person loses his will, becomes driven by passions and weaknesses. The negative impact of the planet also explains a painful feeling of guilt without good reason, a tendency to self-mutilation.

To balance the light and dark side of Neptune in yourself, you need to learn to “dose” dreams and illusions, to return from the world of sweet dreams to real life in time.

The energy of Neptune will find the best way out in works of art, especially in music. It is necessary to dilute the intoxicating nectar of illusion with common sense, because unconscious urges are not always useful.

The sign and the ascendant are one whole, they function as a name and a surname, so those two things should never be separated, because those are the most important points in our horoscope.

The sign itself represents the finished seal of each of our actions, and the sub-sign shows the way we want to implement our goals.

The basic meaning of sub-signs is our representation to others. That’s why we often have a problem defining people, well we say that they have changed quickly, or that we cannot recognize them after a while. It is true that sometimes people change, but not as fast as we think.

This is an optical illusion. The more different ours a ascendant of a sign, that we have a greater ability to present ourselves in a completely different edition than we are.

This sometimes gives us an advantage, but on the other hand, if our sign and ascendant differ greatly, we have the problem is to put our plans and goals into action, to give the final stamp.

On the other hand, in people who have a similar sign or the same sign and ascendant, their strengths and weaknesses are immediately revealed, which is not good when they are surrounded by new people, but their action is approximately equal to the final seal and can reach the goal sooner.

As there is a balance in everything, black and white, easy and difficult … etc., so here too when things are compared, unrelated how similar or different our zodiac signs are in sign and ascendant, we all have the same chances to we reach our goal. Here, too, the universe has struck a balance.

Members of certain signs are fighters, people of action, some others, on the other hand, are more inclined to think negatively, to say that nothing is going their way. It is just a concept in their head that they create every second of their life, and the distance from the start to the finish is equally the same for each individual.

People only choose harder or easier paths with their thoughts, their concept, and in the material world this is seen as more or less happiness, harder or easier circumstances, etc. You often hear that in another part of life there is a more pronounced ascendant than a sign, superficially is true, but when a more detailed analysis is done, it can be seen that it is only an optical illusion.

As I emphasized the final seal, our ultimate behavior, decision-making is in the symbolism of the sign in which we are born and so it is throughout life.

They win, they have power, and they are arrogant and elegant: The horoscope singles out these 3 signs! Optical deception occurs because as young people we do not have clear goals, we do not have many methods, experience to act in several ways, and then it is easier to show our nature.

The older we get, we have different methods, and different ways of setting up depending on the situation, and our actions are seen through the sub-sign.

So for the people around us, we start to look like a ascendant, until we make a final decision, where we show them again who we really are.

The ascendant, in addition to the ability to give us the choice of presenting ourselves to the world in the way we want, also describes ours birth, the moment of our appearance in this world, and indicates what physical material and appearance we will be during our lives.

In case there is a planet on our ascendant, which is close or what would be astrologically said in conjunction with our ascendant, ascendant, then a special analysis must be done because that planet with its characteristics can color our ascendant and give a layered description during our occurrences and actions.

Neptune distorts the perception of life and obscures the mind with mirages.

However, thanks to the favorable power of sextile, directing the flow of magical illusions to the Ascendant, he creates an amazing ability to monetize ideas and make money on dreams.

The ascending sign determines the native’s place in society, affects the nature of communication with the world and the choice of a profession.

The highest planet Neptune includes the karmic awareness of purpose and, of course, it is associated with creativity, psychology, religion.

At the heart of everything is to save the world through beauty and spirituality, to become a conductor of higher truths.

Sextile helps to look beyond illusions, to feel the desires of other people and satisfy them, feeling like a magician on a blue helicopter who brought tons of ice cream for the holiday.

The second gift of the sextile connecting Neptune and the ascending sign, extraordinary charm and pure aura. No one can resist the charm of a native, especially if he asks for something.

Even the most inveterate greedy and skeptics, not understanding how and why, give what they want.

This can be a strong temptation to use Neptunian magic for selfish purposes, which will lead to a collapse of reputation and hopes after 40 years.

It is necessary to use the gift correctly, according to the purpose, for example, to receive humanitarian aid and funds for charity. Success comes in creative fields.

The main thing is to listen to your intuition and navigate the world of business through your sense of beauty.

Neptune sets before a person creative goals, without reaching which he can plunge into the world of deception and hypocrisy.

The negative energy of Neptune can manifest itself in a propensity for adventures and fraud, theft and violence.

According to statistics, most of the killers were born under the influence of this planet.