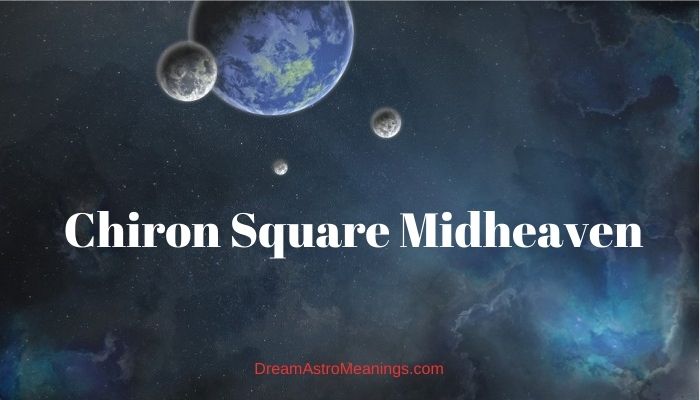 Chiron symbolizes weak points and wounds in our personality that are difficult to remedy despite the greatest effort.

Salvation is only experienced when imperfection is accepted and lived with humility.

Through the conflict with pain, we achieve a maturity that allows us to become healers.

Chiron was a centaur, a being with a human head and a horse body. He was a wise teacher and a dedicated healer. Chiron founded Asklepeion, a center where the sick were healed and knowledge was imparted.

One day, Chiron was accidentally hit by a poisoned arrow from Hercules. The pain was excruciating, but as a demigod he was immortal and had to live with it.

Suffering enough, he bequeathed his immortality to Prometheus, voluntarily descended into the underworld of Hades and was able to let go of his wound.

Chiron stands for sore points, injuries and disappointments. It shows that we do not live in an ideal world, have been “wounded” without being “guilty” and have to learn to deal with it.

Even when things get complicated, relief can be found.

However, as a primary task, no one can relieve the pain, no one should be held responsible for it. Unresolved Chiron issues can lead to isolation.

Access to healing can only be found by recognizing the weak points and reconciling them.

Chiron-stressed people tend to feel sorry for themselves, feel trapped in the role of victim and see their situation as fateful.

Positive equivalents of Chiron are knowledge, prudence and mastery over the inner darkness.

Gaining wisdom about one’s own suffering and making it available to the collective. Physical correspondence: depending on the position of the sign, mental and physical ailments, such as energy blockages, defensive disorders, weaknesses, psychosomatic reactions, pessimism, poisoning, etc.

Chiron was discovered on November 1st, 1970 by the scientist Charles Kowal. Astronomers disagree on whether it’s an asteroid, a burned-out comet, or a tiny planet. Its diameter is estimated at 160 km. It moves in a strange orbit between Saturn and Uranus around the sun.

A complete journey through all twelve signs of the zodiac takes about 50 to 51 years. In some signs (Aries, Taurus, Pisces) he spends 6 – 8 years and in others (Virgo, Libra, and Scorpio) just 12 – 24 months. Astrologers are a little bit divided about the assignment of Chiron: Virgo or Sagittarius.

Understandably, the astrological empirical values ​​are still in their beginnings, although Chiron has developed into a serious interpretative fact within a very short time.

Chiron is particularly prevalent in the horoscope when it forms a conjunction, opposition or square to the ascendant or medium Coeli as well as throwing aspects to the sun, moon or the natal ruler.

This is the highest point of the ecliptic – the middle of Heaven (MC). She is located at the top of the tenth House and is responsible for career growth. To calculate it, use our natal chart.

On the Cosmo gram, the MC point is depicted as an arrow on the border of the 10th house.

MS reflects not only mercantile interests, but also deep, subconscious motives for choosing a profession – those states that a person wants to experience in the process of work.

The position of MC (Midheaven, Meridian) in the zodiac sign Aries signals that the native admires energetic, disruptive people from a young age, striving to develop courage and courage in the soul, but at a low level of development can become an egoist, walking over corpses to the goal…

The Middle of Heaven always has a two-way direction – in Aries it is not only a rebellious manifestation in the world, but also a collision with the challenge of the ego-hungry for honor of other people.

Starting from the first job, the native makes it clear that he must be reckoned with, but instantly acquires competing rivals.

The sooner he becomes the boss, the easier it will be to avoid scandals among the middle management.

The native will wither away in the routine work of the conveyor type, where creative impulses are suppressed and there is no personal growth. The MC in Aries loves to be in the spotlight, in the radiance of his own exclusivity. Charisma, original ideas, bright appearance, assertiveness will help to realize the purpose.

The point MC – Meridian, crowning the cusp of the 10th house, in Taurus indicates a conservative realist, whose purpose is inseparable from a steadily increasing capital. The native chooses a profession from a practical point of view, soberly assessing his abilities.

Even with an amazing artistic talent, for example, a beautiful voice or a poetic gift, he will not follow the creative path if it does not bring monetary income.

The dominant planet Venus strongly influences the behavior of the native chief: he is biased, royally arrogant, favors flatterers and high ranks, adhering to the canons of justice only where it is profitable.

Success will come both in the technical and humanitarian directions, but, as a rule, in the applied form.

A native can also be indirectly related to the world of show business, be a financial manager of a producer or a famous singer, or combine the practical with the beautiful – to independently conduct accounting, being a creative person.

The high opinion of himself, the owner of the Midheaven point in Taurus, confirms the organization of material comfort – branded clothing, a car, an apartment in a prestigious area inspire him to work tirelessly.

Happiness when the native’s talent coincides with the potential profit from his development, because the dominant planet MC in Taurus – Venus generously endows him with a desire for art, but the native will never become a poor artist: the desire to occupy a high position in society is too great.

Chiron symbolizes justice, harmony and balance. In a person, there is a struggle between two principles, which are able to restore harmony and close an endless circle.

Chiron is able to help a person find a place in life and society, to cope with social processes. Many simply lack a sense of community, so everyone tries to find justice, create their own laws and try to fit everyone under them.

Some believe that the individual is more important than the rest of society. Because of this, revolutions and perestroika happen. A person does not have a sense of harmony inside, so he tries to find it on the side.

Chiron has a direct impact on the signs of the zodiac in which he dominates. Chiron can help you find a way out of an impasse or play the role of a clown.

The planet connects the higher and lower self of a person, his consciousness expands.

The properties of Chiron are determined in the fact that a person is able to develop the ability for the occult in himself, but outwardly no one notices this.

People can be healed with meditation or special exercises. They clearly feel external energies, possess telepathy and are sometimes surprised that they did not notice something before.

The path of Chiron occurs in combination with a calf, it is this sign that is considered its symbol.

While people look at the world as usual, they are unable to learn anything. But as soon as they think about something higher, a lot will change.

Chiron also shows where a person is in the evolutionary ladder. If Chiron is amazed, it means that a person is at a low level, such people by all means break through to the top, but they will not succeed, because a fall down is inevitable.

However, in such cases, a person quickly realizes that life is not a simple thing, where only good expects, they are ready for troubles and difficulties, therefore they are internally calmer.

The unaspected Chiron is aimed at expanding consciousness and climbing the evolutionary ladder. Spiritual growth takes place, some obstacles begin to recede as the personality develops and a person’s self-knowledge.

Harmonious Chiron gives a person a struggle with higher and lower principles.

However, such people live in complete harmony with themselves.

The lower self protects the person and also makes him rejoice, both emotionally and physically.

The higher self allows him to make discoveries that are important for the whole society.

If such a person begins to seriously engage in spiritual development, then he will be able to reach a high level of self-knowledge, begin to heal others, see the bio field and influence the energy.

Such people perceive the future in the form of a material substance, which has not yet had time to form completely.

The higher self allows him to make discoveries that are important for the whole society. If such a person begins to seriously engage in spiritual development, then he will be able to reach a high level of self-knowledge, begin to heal others, see the bio field and influence the energy.

Such people perceive the future in the form of a material substance, which has not yet had time to form completely.