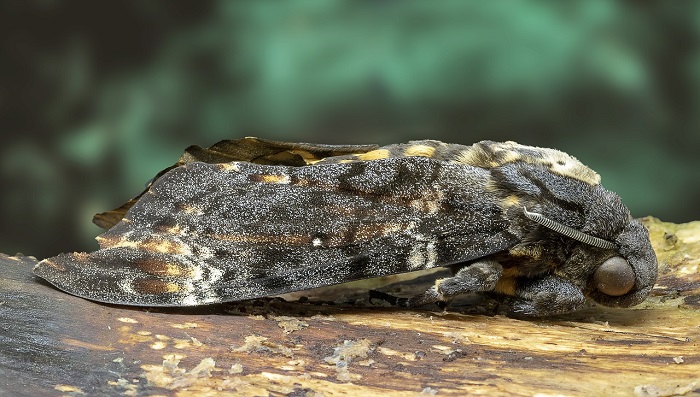 Although not nearly as attractive to humans as colorful butterflies, moths are very close relatives to the latter.

They have many things in common with their lovely relatives; symbolism of moths is equally strong.

Many people believe there is a message behind encounters with moths.

These insects are associated with several important ideas and concepts, such as those of sensuality, fragility, life and death, rebirth and the human soul.

Moths are mentioned in numerous religious and spiritual stories. They appear as a common motif in many traditions around the world.

Seeing a moth in specific circumstances could carry a deep meaning especially for you.

It is believed moths can travel between the realm of the dead and that of living beings.

A moth could represent incarnation of the soul of a deceased person.

Before we move onto very specific meaning of death moth, let us review what concepts and ideas moths generally represent.

It is interesting to note that moths are more associated with indirect messages compared to butterflies. It is because there is a very important difference between the two.

They are similar species, but moths are nocturnal creatures, while butterflies are daytime insects. 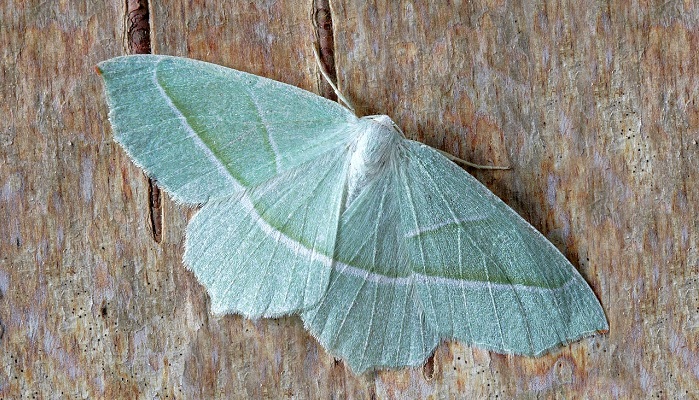 Moths have one distinctive habit; they are nigh time creatures, but they are desperately attracted to light.

It is a strong feature that greatly shapes up moth symbolism. It is associated with fragility, vulnerability, attraction, seduction, fatality and passion.

It is not one hundred percent clear why moths fly towards light sources; most of explanation base upon the idea about moths’ escape and defense mechanism.

Moths always gather around light and they often stay to close to it that the warmth of the light burns them, damages their wings or even kills them.

Symbolically, this represents fatal attraction, passion and desires one cannot resist to. In addition, it contributes to the concept of fragility and vulnerability.

Indeed so, moths are gentle creatures. They have no strong armor like some other insects. Their wings are soft and their bodies tender.

Moths are also associated with transformation and adaptability.

They go through the same pattern of natural development phase as their relatives. They also come out from cocoons.

Symbolically, this process represents stages of life, cycles of nature, rebirth, renewal and even resurrection. It is associated with the immortality of the soul.

In addition, moths are masters of camouflage. They are capable of blending into their environment so no predators can reach them.

Moths are a common symbol for camouflage, disguise and adaptation. Moths are commonly believed to embody souls of deceased.

They are often seen messengers from the other side. It is definitely a sign, if you see a single moth in unexpected circumstances.

Moths themselves represent death, in general. There is a specific variety of moths with scary skull-like pattern on their bodies.

They are called Death’s Head hawk moths and they are directly associated with the concept of death.

Moths are active during the night; all creatures of the night are associated with mysterious forces and death.

Night is the time when we are vulnerable and the time our perception weakens.

What a death moth symbolizes? It is an interesting subject to think about. Moths are very fragile creatures and they could easily be harmed or be killed.

The most common reason they die is that they fly to close to the light. It is not uncommon to see dead moths around the lamp, for example.

Moths are already loaded with the death symbolism ideas.

Death moth is distinctively associated with the concept of death; there are not many other meanings one would ascribe to this strange creature.

They carry the mark of the death on their bodies and that is where all of their symbolism comes from, considering moths are already creatures of the dark.

They are associated with darkness and negative ideas in general.

Death moths are in fact three species of moths of the genus Acherontia.

The name death moth comes from their distinctive pattern in form of a human skull, which is visible on their thorax.

Well, it is the obvious reason why they are called death moths and why people ascribe them meanings associated with death.

Since old times, people have been afraid of them, in spiritual and symbolical sense.

A creature with a death marking on its body is considered a bad omen.

During the nineteenth century, people were prone to giving unusual and spiritual explanations to all sorts of natural phenomena, in scholarly discourse.

Symbolism, religious meanings and else were often incorporated into scholarly interpretations, which is kind of an interesting phenomenon.

An entomologist described death moths as incarnation of evil spirits, in the first half of the nineteenth century.

Death and the underworld

Moreover, he even wrote that death moths embody spirits ‘conceived in the dark’, that they have a fiery element in their eyes and that they foretell misery, war, death to living creatures, human and animals.

The very close association with the concept of death is seen in the name of the genus.

Acherontia comes from the name of the river Acheron, which is a mythological River of Pain in the realm of the underworld.

Acheron is a river from Greek mythology. It is an actual river in Epirus, Greece, that carries the name and is believed to lead to the underworld. As a matter of fact, it is a beautiful natural sight.

Names of all three death moth species are deeply symbolical and associated with mythological death spirits and deities.

Asian A. styx is associated with the river Styx, also found as a river of Hades.

Asian variety A. lachesis and A. apropos, which is found in a wide range from Britain to South Africa are both named after the fate that measures and cuts threads of life. So symbolical, isn’t it?

Death moths are closely associated with ideas of death and life, faith and destiny.

Very interesting fact is that these varieties are big compared to their relatives and that they squeak.

Masters of tricks and disguise

Death moths are strangely resistant creatures, which is something still not clear to scientists.

They regularly enter beehives and stay there, feeding on the honey.

It is a strange phenomenon, considering moths are tender beings, no matter of the size; they have no ‘weapon’ and they have no protective covering from dangerous bees. Nevertheless, somehow they survive.

One interesting possibility is that they ‘fool’ bees by playing tricks.

The pattern of their body resembles that of worker bees, while the sound they produce is similar to that of queen bees.

They also mimic bees’ scent. Death moths are masters of disguise; they are capable of perfect infiltration and exploitation of other creatures, such as bees.

Death moths are tricksters, so we could add that to their symbolism.

In art, culture and literature

Death moths are found in several notable works of art and literature. In world known Dracula novel, the notorious vampire sends death moths to his slave.

Death moths are mentioned in poems, such as Keats’ ‘Ode to melancholy’.

The first thing that probably comes to your mind mentioning death moths and literature or movies is ‘The Silence of the Lambs’, a book by Thomas Harris and its adaptation to the famous Oscar winning title.

In the book, the murderer places A. styx in moth of the victims, while in the movie he uses A. atropos.  There is an interesting historical fact regarding death moths.

In bedchambers of the Mad King George the Third, tow very big specimen were found.

It happened during one of the king’s madness outbreaks. It is interesting that there are no accounts claiming that the man seen either of them.

A legend says that death moth announced the death of King Charles the First, his execution, since it was the first time people have seen them there.

However, it is probably been only a coincidence, related to the introduction of these insects to the country some time before.