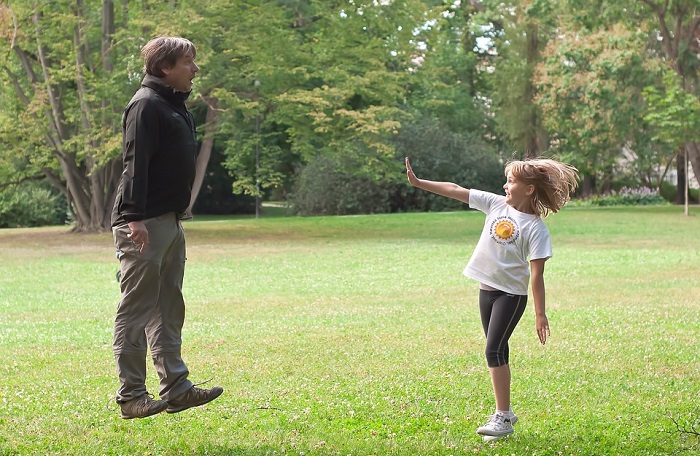 In science fiction, they are popular phenomena: telepathy and telekinesis.

Those who master the techniques can read minds and move objects through the power of thought.

But do these phenomena also exist in the real world?

Friends of Perry Rhodan know Pucky, the mouse beaver – so named because it looks like a cross between the two species.

The authors of the science fiction series attribute a number of paranormal abilities to the extraterrestrial creature: It is said to be capable of telepathy and telekinesis, as well as teleportation.

This means that Pucky can read the thoughts of other intelligentsia, move objects solely through the power of his thoughts and move to other places without wasting time.

To do this, he dematerializes his body, which is then rematerialized at the destination.

In science fiction, such properties can be used for dramaturgy and special effects. But do they also exist in the real world? This has been debated in science for decades.

Many parapsychologists believe it is certain that some people have the gift of reading the thoughts of others or transferring their own thoughts and feelings to other people.

Some research seems to provide evidence for telekinesis (also called psychokinesis). Only teleportation is impossible according to current knowledge. The de- and rematerialization of a body has never been observed, and there is no physical basis for the alleged jumps through higher dimensions.

Telepathy (derived from the Greek “tele” for distant and “pathos” for to feel) was already being dealt with by the Society for Psychical Research, founded in London in 1882.

The British author Frederic Myers coined the term. Your scientific research began in 1911 when researchers at Stanford University carried out laboratory experiments on extrasensory perception and telekinesis (in German: long-distance movement).

In the 1930s, Duke University in Durham (North Carolina, USA) started similar experiments in the world’s first parapsychological laboratory. It was founded by the biologist Joseph Banks Rhine, who soon became the star of this branch of research.

To prove telepathy, Rhine used, among other things, “Zener cards”, named after the parapsychologist Karl Zener. They contain five symbols:

A set consists of five cards of each symbol, making a total of 25. For the experiments designed by Rhine, the cards are shuffled.

The experimenter and a test person sit opposite each other, separated by a thin wall. The former reveals one card after the other and looks at them with concentration.

The test person should telepathically grasp the symbol appearing in the viewer’s brain and write it down on a piece of paper.

Later, the experimenters compare the notes with the actual order of the cards turned up. I

f the test person recognized an average of five cards, this corresponds to the random distribution. Rhine took higher hit rates as evidence of telepathy.

After a large number of test series with over 90,000 experiments, the US researcher announced a great success. Extra-sensory perception, he wrote in a book published in 1934, was “an actual and verifiable phenomenon”. As a result, researchers all over the world adopted his method.

But soon criticism of the experiments was loud. So Rhine’s results could not be reproduced at other institutes.

In addition, researchers discovered systematic weaknesses in the test procedure and errors in the statistical analysis of the data.

Reviews, for example, suggested that the investigators were giving non-verbal cues to the revealed cards.

The shuffling of the cards turned out to be another weak point. If the mixing technique does not guarantee a completely random distribution, the result will be influenced.

That you dream of magical powers finds an obvious interpretation in your desire to transform the world, maybe your own life.

This dream occurs when you have been thinking about the idea of ​​living differently, changing jobs, changing cities or changing your behavior so that you start to be yourself.

Remember that you carry power and magic inside you, so you just have to unite them to start acting.

Seeing yourself in dreams as a sorceress capable of transforming things with magical powers speaks of a person with a lot of imagination, but also with a lot of creativity.

That creativity is what you have to use as magical powers to achieve your goals. Your subconscious lets you know that you have the power, you just have to learn to use it.

But be careful if in your dream you use your supernatural powers for the benefit of black magic harming someone, because it is a dream that speaks of frustration, of the anger that you have stored and that you do not know how to expel it.

Whenever you dream of magic, remember that you will achieve more happiness without hurting others.

Dreaming of levitation is one of the dreams that seems most real at the moment of waking up. In this type of dreams we see how we rise and connect with another dimension.

It is common in people who would like to have superhuman powers. If you have dreamed of levitation, it is possible that you are a person who does not give up in the face of the difficulties that life can bring.

In this article, we are going to tell you everything you need to know in depth the meaning of dreaming of levitation.

To dream that you levitate indicates that you are someone very focused on your spiritual evolution. You feel with a superhuman power to help others and do not stop in the face of adversities that may appear in your life.

This type of dream means that you have difficulty controlling the circumstances that are happening to you. It invites you to scrutinize your dream well. In this dream you must find the key that you are being asked to take control of your life.

If you dream that you fall while you are levitating, it means that you have been scared when you see that you cannot meet your goals. Keep working and you will achieve your goals.

Dreaming that you want to levitate and you cannot get them a negative dream that tells you that you should start taking control over your life.

A transition stage is approaching since you are living a moment of uncontrolled that may cause some kind of emotional instability.

This type of dream is related to the future and indicates that you may get to get new jobs or success in the social field. You have a strong confidence in yourself and that will always work in your favor.

You are a person who likes to help others. This dream symbolizes that a person close to you is about to start a project where you are going to be included.

These types of dreams are a sign that you are a person who has a need to impress others. You don’t know how to get someone’s attention.

If you have dreamed that you levitate as a couple, it symbolizes that you are ready to move forward within your relationship. It is a positive dream that augurs opportunities between the two.

If you dream that you are levitating thanks to some mechanism, it means that you will have to use all your imagination to be able to realize the dream you want to fulfill.

If you dream that you levitate someone and they shoot you, it is a clear sign that they are surrounded by people that I could send you and they do not allow you to achieve your goals or dreams.

This dream can have two types of meanings. If you dream that you levitate high, it may indicate that you have a too big ego.

Another type of interpretation is that you do not have your feet on the ground and you have to analyze the situation in which you find yourself.

If you don’t dream, you feel levitating and you are afraid of what is happening, it symbolizes that you are going to have to face new challenges that have come into your life because of your effort. You will be victorious.

If you have dreamed that you levitate very low, it symbolizes that you feel satisfied with the life you lead. It is a very positive dream that reminds you that you are doing things right.

If you have dreamed that you levitate and cannot descend, it means that you have problems reaching your goals.

Do not worry, because everything will return to its normal state and you will be able to complete your dreams.

If you have dreamed that you are naturally levitating, it is an indication that you are in search of your own being and want to increase your spirituality.

Can you imagine yourself with a magic wand in your hands capable of transforming everything at will?

Dreaming of magical powers is a dream that speaks of your need to transform your world, so pay attention to your own powers.

Discover in our dream dictionary all the related meanings of dreaming about magical powers.

It is not strange that sometimes you have fantasy dreams, weird dreams in which you find yourself in a magical and surreal world.

When magic comes to your dreams it is because you also need it in real life, so do not worry about the dream and put all your powers, your spells and your enchantments in motion.

Because we all have certain magical powers.