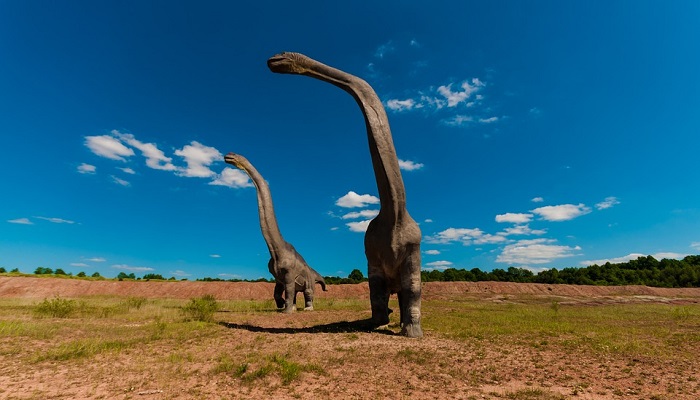 Dinosaurs are animals which ruled the Earth millions of years ago. It is believed that their origins date back to 200 million years ago. Majority of these giants disappeared from the Earth a long time ago.

These animals don’t often appear as dream symbols. Dreams about dinosaurs could both have good and bad meanings. When they do appear in our dreams, dinosaurs usually symbolize the end of some things and situations, fears, worries, as well as some ungrounded doubts.

These dreams could also be a sign of significant changes occurring in your life, good as well as bad ones, and the symbolism and meaning of such dream can be determined by the feeling you had during the dream.

Were you anxious, nervous, frightened, or were you calm and satisfied? It is important to consider such details when you are deciphering dinosaur dreams.

Dreams about dinosaurs often symbolize our past and its influence on our life, our present as well as our future.

In some cases, we dream about dinosaurs when some past issues or problems we thought were resolved are returning to our lives. Such dreams might also be an indication of refusing or avoiding dealing with important issues and your subconscious is reminding you about them through your dreams.

These issues become dinosaurs haunting you in your dreams, asking you to confront them and deal with them for good. Often these dreams will reveal some issues you need someone’s help to resolve and remind you to ask for help.

In some cases, these dreams symbolize things which have become irrelevant in your life, and you don’t care about anymore. They could also announce the end of something in your life and the need to accept that fact.

Dinosaurs in dreams could also be a sign of uncontrollable or raw power you are dealing with. They might indicate someone from your surroundings, stubbornly refusing to change. They can be a sign of some old behavior or habits you will need to change or get rid of.

Maybe they symbolize some instinctive urges and needs you are not aware of having.

These dreams could also be a reminder to confront some past issues and leave them behind, so you can clear space to move on with your life and allow new things and people to come in.

If you dream such dreams often, it is possible that some past issues are blocking your future progress and preventing you from moving forward with your life. These dreams could also symbolize some big desires you have. 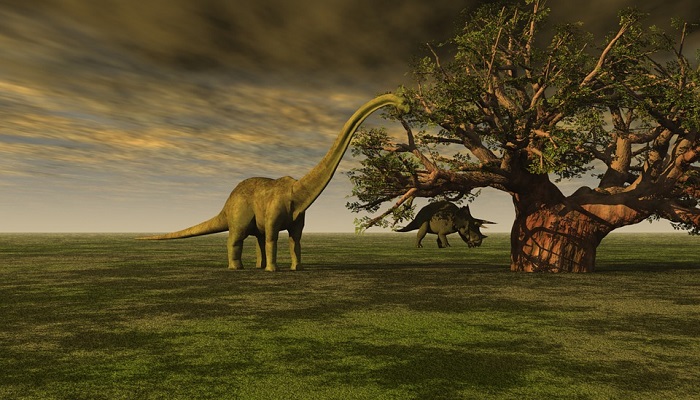 People who dream about dinosaurs often could be very passionate and aggressive. These dreams often reveal someone’s character as unpredictable and hot-tempered. They bring the message of needing to make changes and control their behavior more to prevent problems with others who won’t tolerate such an attitude.

This dream could indicate your aggressiveness towards other people. You might have uncontrollable reactions and you don’t think about the consequences they might cause.

This dream is often a reflection of some situations currently present in your life, which are beyond your control and are stressing you a lot. They often indicate relationships with some people you need to remove from your life because they are not serving your highest purpose anymore.

Sometimes, dreams about dinosaurs reflect some daily occurrences. You might have watched a program about dinosaurs on the television and they appear in your dream as well. They could also reveal your love for history and the past.

Often, they symbolize your outdated way of thinking and beliefs. You might also be prone to cling to the past, refusing to release it, although you are aware that isn’t for your highest good.

If that is the case, use this dream as a reminder to finally release the past and turn to the present and future instead.

Dreams About Dinosaurs – Interpretation and Meaning

Dreaming of seeing a dinosaur – If you dreamed of a dinosaur, that dream isn’t a good sign. It could indicate being completely overwhelmed with some fears.

In some cases, this dream symbolizes trying to overcome some big fear you have, possibly related to confronting someone or some situation you fear.

It could indicate the need to confront someone you are afraid of because you were a victim of this person’s abuse.

It is a sing of being at peace with yourself and not being afraid of the future.

Dreaming of being a dinosaur – If you dreamed you are a dinosaur, your dream is a good sign. This dream often indicates your power and courage. You are most likely a person who is not afraid to confront any obstacle it comes across.

Dreaming about being a friend with a dinosaur – If you dreamed of having a dinosaur friend, that is a good sign. It indicates your forgiving nature and being at peace with yourself. It could indicate your forgiveness to everyone who has hurt you and feeling at peace because of that.

Dreaming about feeling that a dinosaur is somewhere near – If you dreamed that a dinosaur was somewhere near you that dream usually isn’t a bad sign. It could indicate some thoughts and feelings you are not aware of. In some cases, this dream could indicate confronting some fears or negative emotions, and clearing the space to move on with your life.

This dream could also indicate some habits and thoughts, or possibly your behavior that you need to change.

This dream encourages you to accept whatever changes happening in your life and see only the good they bring into your life.

Release the past and move towards the future while enjoying your present.