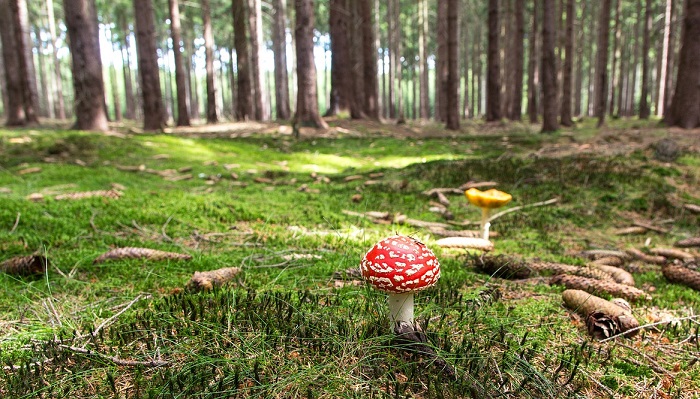 Mushrooms are fleshy and edible fungus.  Mushrooms were used since antiquity in the diet of many cultures throughout the world, especially the Chinese, Korean, Japanese, and European culture.

Mushrooms are often considered as a solid replacement for meat and are commonly eaten by vegans and vegetarians.

Today, most mushrooms are commercially grown in protected spaces and they can be bought in markets. The Chinese are a major mushroom producer.

When it comes to mushrooms, an important detail about these plans is the fact that there are many poisonous species of mushrooms and it is not easy to differentiate poisonous from non-poisonous ones. Even experts can make mistakes and mistakes are costly in this case.

Poisonous mushrooms can be deadly, or they can cause severe health damage with many complications. They are not plants to be joked with.

Knowing to distinguish edible from non-edible spaces requires a lot of knowledge and attention to detail. There are people who are specialists in mushroom hunting or mushrooming.

It is important to note that even mushrooms that are edible and considered non-poisonous can cause allergic reactions in some individuals.

Non-poisonous mushrooms could become toxic if not stored properly or if they are not fresh.

Mushrooms that are not produced in controlled environments should be taken easily when collecting and only people with great experience should collect wild mushrooms.

Some species of mushrooms are known to cause some psychoactive reactions in people and alter their consciousness.

These mushrooms have been used since antiquity to help some people mentally reach other realms. They were especially used by shamans and other sacred people aiming to induce visionary states and special altered states of consciousness where these people would receive some insights and guidance in certain situations. 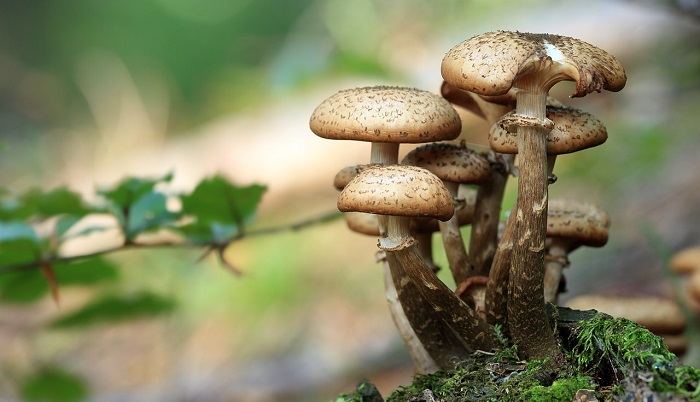 Psychedelic mushrooms were used by shamans in secret rituals with the purpose of helping the mental and physical healing of people who had problems.

Mushrooms were considered an important source of food as well as a pleasure food by the ancient Egyptians, Greeks, and Romans. They were also considered helpful for the human health.

History records that they were also used for eliminating opponents and people who were a threat to someone’s plans, especially in ancient Rome. Mushrooms were usually used by women as a means to kill.

According to the remaining evidence, the ancient Greeks have been using mushrooms for cooking even in the 200 BC.

It is believed that some of the ancient Greek rituals that were performed in the Oracle of Delphi were possibly performed with the use of the psychedelic mushrooms.

Mushrooms are not a common dream symbol. Dreams about mushrooms could have many meanings.

If you recently ate mushrooms or saw mushrooms, then the dream doesn’t have a special meaning for you and it’s only a reflection of what happened to you in reality, but if you didn’t have any encounter with mushrooms recently and you had a dream about mushrooms than the dream carries a message for you.

Dreams about mushrooms often reveal your concern about possibly making a bad choice in some situation. Maybe there is something important that you need to decide or there are choices that you need to make and you are afraid of potentially making the worst choice or the bad one.

Sometimes a dream about mushrooms can reveal your fear about some potentially dangerous activities that you are planning on doing.

This dream could also indicate being afraid to take some risks or not having the confidence to do things that involve some danger. These dreams could also indicate that you’re questioning whether something you are doing is right or wrong or is it good or bad for you.

Often dreams about mushrooms are dreamed when a person is considering making some dangerous choices and is not willing too to take any risks. Mushrooms are often considered a sign of ill fate, failure, deception or illness.

Dreams with mushrooms could also indicate a desire to increase the person’s finances or becoming wealthy. They can mean making some wrong decisions based on some illusions or deceptions which would cause the person’s failure, possible bankruptcy and losing money.

In some cases, mushrooms in dreams could indicate receiving help from someone unexpectedly.

Maybe someone will give you a good advice or guidance that will help you get on the right track. The person giving you advice will probably be a friend or a family member.

Because mushrooms can be poisonous and because it is very hard to discern a poisonous from a non-poisonous mushroom, in a dream they could be considered a sign of warning, especially a warning about someone being in danger and their life being in jeopardy.

Dreams about mushrooms good have various meanings. Here are some of them:

A person’s desire to lead a luxurious life

Often dreams about mushrooms can indicate the desire of the dreamer to lead a more luxurious and comfortable lifestyle.

Mushrooms can sometimes be very expensive, especially some very tasteful, but rare and difficult to find species of mushrooms.

These mushrooms can cost a fortune and that’s why they can be considered as a symbol of luxury and wealthy lifestyle in a dream.

Sometimes when a person dreams about eating these mushrooms that could be a sign that they have a desire to improve their status and have a luxury lifestyle.

In some cases, when people dream about mushrooms their dreams can indicate possibly experiencing some form of deception in their lives.

Some species of mushrooms are known to be able to cause hallucinations and altered states of consciousness and that’s why, when they appear in dreams, they could indicate that the person might become disillusioned or deceived by some circumstances and/or by some people.

A dream about mushrooms could indicate the person easily being deceived by others or being very naive and prone to gullibility.

Dreams about mushrooms could sometimes indicate the indecisiveness of the person having the dream.

The reason why mushrooms symbolize indecisiveness is the fact that people are usually reluctant to eat mushrooms if they’re not sure whether they are poisonous or non-poisonous.

That is why, the dream might point out to some situation where you are feeling indecisive and you don’t know what to do.

Maybe you are thinking about doing something dangerous and you’re not sure whether that is the right thing to do; or maybe you need to make some choices and only one choice is the right one, but you don’t have a clue how to decide which one is it.

Sometimes, a dream about mushrooms could be a reminder from your subconscious to stop procrastinating.

Maybe you are very irresponsible and you don’t care much about doing things and duties on time. Maybe be you are prone to postponing things and if that is the case, the dream should be seen as reminder of your subconscious to make some changes in your behavior because it might be detrimental to your life.

Because mushrooms are sometimes used to alter the state of our consciousness and when that happens, people believe that they are receiving guidance from the higher realms of consciousness, a dream about mushrooms could also be a sign of guidance about what we are supposed to do in a certain situation.

Maybe the person that is having the dream is in a position where they don’t know what to do about some circumstances and the dream could be guidance to them about the right thing to do.

Dream about Mushrooms – Meaning and Symbolism

Dreaming of poisonous mushrooms – If you dreamed about mushrooms you knew were poisonous, that dream is usually a sign of longevity and happiness. Sometimes this dream could be a sign of encountering troubles that you will be able to overcome through a set of lucky circumstances.

Dreaming of seeing a basket full of mushrooms – A dream about mushrooms in a basket usually indicates that you will soon need to defend some of your beliefs or being accused of doing something wrong and needing to prove your innocence.

Dreaming of mushrooms with worms inside – If you dreamed of seeing or eating wormy mushrooms that dream symbol could be considered a very bad sign. A dream in which you saw worms inside mushrooms usually symbolizes experiencing some misfortune or illness.

Dreaming of giant mushrooms – If you dreamed about seeing giant mushrooms, that dream could be considered a good omen. Such a dream is usually indicating that you will be appreciated for your intelligence and for your recent accomplishments by people you highly value and respect.