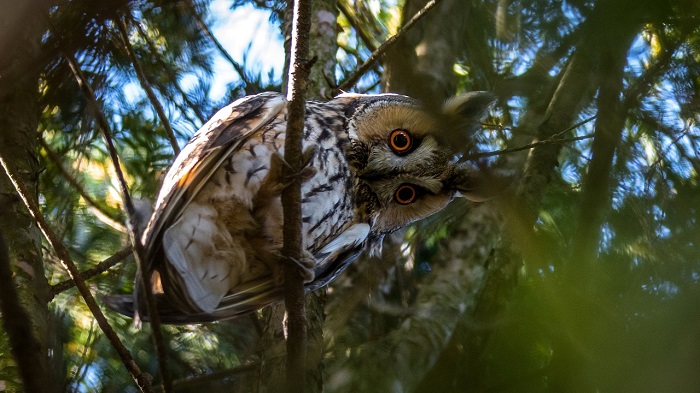 Owls are nocturnal birds of prey. Since ancient times, they are considered a bad omen in many cultures around the world. They are thought to be the escort of the souls of the departed on their way to the afterworld.

In many cultures, especially among the Native American tribes, they are considered a forewarning of someone’s death.

They are not only a symbol of actual death, but also of symbolic dying and endings. They signify changes, transformations, end of existence, or near death experiences. They sometimes indicate death approaching.

Dreams about owls are not unusual, and they have similar meanings. Owls sometimes appear in our dreams to help us confront our fears and feelings about death and accept death as a part of our existence on earth.

In dreams, an owl can be a good as well as a bad omen. Sometimes they could be a sign of grief, losses, illness, misfortune and difficulties.

Owls also symbolize psychic gifts, such as clairvoyance and intuitive insights. That is mostly because owls have an excellent night sight, and are able to see hidden things and living creatures without being noticed.

They also have a stealth flight, and they can easily approach their prey without being seen.

That is why they symbolize secrecy and secrets. Dreaming about owls might be a reminder from your subconscious to begin relying more on your intuitive guidance and use your ability to notice details other people don’t have the ability to see so you can make the right decisions and choices.

You might have some important insights and realize something other people are missing or something you have missed to notice.

Often a dream about owls symbolizes gaining knowledge about some subjects and expanding your wisdom. Maybe this dream is asking you to pay attention to other people’s motives, and discover some fact you weren’t aware of before. 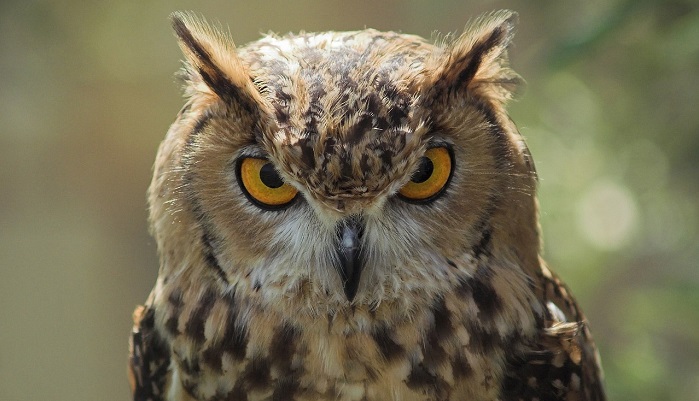 It could also be asking you to seek the answers you need from within.

In some cases, a dream about an owl could be a sign from your subconscious to let go of someone or something which isn’t serving your highest purpose or you don’t need anymore.

Maybe you have some negative beliefs or expectations and the dream is asking you to change them for your own benefit.

It could be announcing fresh new beginnings after you have cleared the space by releasing the old and unwanted from your life.

These dreams often indicate broadening your social circle, by joining some group or doing something similar. You might begin a new hobby, or start learning a new language, and start meeting many new people.

This dream is sometimes a sign of career advancement and prosperity.

Sometimes an owl appears in your dream to remind you or to encourage you to learn something new. Sometimes it is a calling to see something from a different angle. When you do that, you might come to completely different conclusions.

Owls can also be a sign of sneakiness and if you dream about them the dream might indicate that you did something sneaky lately or did something behind someone’s back.

A dream about owls could also indicate loneliness, solitude or independence.

This dream could sometimes indicate having sudden realizations about something or becoming aware of a bigger picture in some situation.

Dreams About Owls – Interpretation and Meaning

Dreaming of owls – If you dreamed of an owl or owls without many additional details in the dream, that dream is usually not a good sign. It often indicates having some unresolved issues with a person from your surroundings and conflicts and hostility you experience from this person.

This dream is reminding you to try to stay away from this person as much as possible if there isn’t a way to resolve the issues you two have. Try to maintain your peace.

Dreaming of owls fighting each other – If you dreamed of observing a deadly fight between two owls, that dream is usually a sign of conflict with yourself. Maybe you feel that you need to change some beliefs, and you have resistance towards that thought. If an owl or both owls were killed in the fight, that dream is usually a sign of change in your beliefs and your attitude.

This dream often indicates your ability to resolve problems.

Dreaming of killing an owl – If you dreamed of killing an owl, that dream isn’t a good sign. It is often a sign of being a subject of someone’s gossip. Sometimes this dream could indicate being victorious in a conflict with someone. In some cases it indicates not allowing your bosses to mistreat you and make you do things that are not your duties.

Sometimes this dream is a sign fooling yourself with some unrealistic plans.

Dreaming of a dead owl – If you dreamed of a dead owl, that dream usually reveals your care about your health and wellbeing. You are probably someone who does all the medical checkups regularly.

Dreaming of an owl flying – If you dreamed of an owl flying, that dream is a sign of your readiness to help anyone in need. This dream reveals your caring and protective nature.

You must be a person who tries to eliminate risks before they turn into problems.

Dreaming of seeing owls on your bed – If you dreamed of owls landing on your bed, that dream is not a good sign. It could indicate behaving self – destructively, or being negative. Possibly you are emotionally stressed or you have some repressed anger inside. Possibly something or someone is undermining your confidence. Maybe you are full of anger which is ready to burst.

This dream is asking you to confront these issues before they cause grave problems to you.

Dreaming of a featherless owl – If you dreamed of featherless owls, that dream is not a good sign. It usually indicates the stress you are under lately. You could be having some problems related to your business. Maybe you began some questionable endeavor and now you feel sorry for it, or you were a witness to something disturbing and that causes anxiousness.

You should watch your behavior because you might ruin the relationships with the people who are dear to you.

Dreaming of holding an owl – If you dreamed of holding an owl in your hands, that is not a good dream symbol. This dream usually represents a warning about possible accidents you could soon experience. This dream warns you to be careful and do your best to prevent bad things from happening.

Dreaming of a white owl – If you saw a white owl in a dream, that dream is a good sign. It usually symbolizes fun and pleasures in the near future. Sometimes it indicates the beginning of a relationship with someone you like and that could turn into a serious relationship.

In some cases, this dream could indicate discovering some disturbing secrets.

Dreaming of owls becoming humans – If you dreamed of owls turning into humans, that dream is a sign of making some powerful friends soon. This dream could also reveal your caring and nurturing nature, always ready to help others.