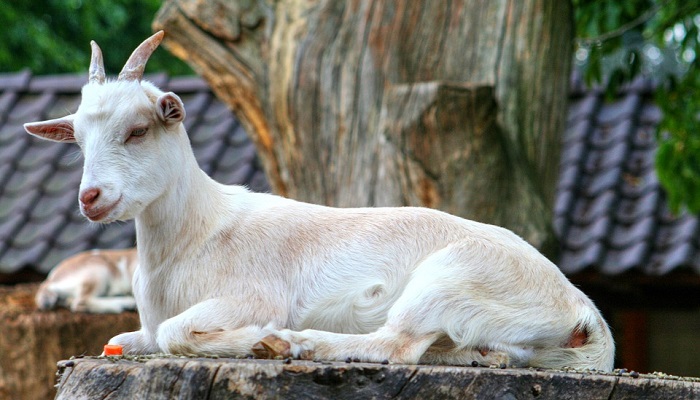 Goats are amongst some of the first domesticated animals on Earth. That explains why this animal is present in various folktales, spiritual and religious beliefs that originate from ancient times, all around our world.

Goats are quite an interesting symbolical and spirit animal; they represent many contradictive meanings.

For some people, goats symbolize independence, courage, ambition, persistence and invincibility, while certain sources refer to goats as animals of devilish powers and associate them with evil and disobedience.

Throughout our history, there have been numerous legends about goats, so let us begin with those representing goats in a positive light.

For Ancient Greeks, goats were associated with, no more, no less than the mighty Zeus himself.Another mythical being of Ancient Greek mythology is directly identified with goats and it is Pan, the good of forests, wilderness and shepherds.

In Roman legends, the same deity is called Faunus. This god is portrayed as a man with legs of a goat and goat’s beard and horns.

Goat is appreciated in Nordic mythology, as well. Norse people believed there was the magical goat Heidrun, who fed on leaves of Ygdrasil, the Nordic mythology Tree of Life and produced sweet and powerful nectar for Nordic gods and heroes to drink.

In Hindu mythology, goats are associated with legends of the Mother of the world, while these animals are also appreciated in Chinese tradition.

However, besides these positive depictions, goats are also considered Devil’s creatures in Western tradition.

Goats represent powerful concepts, whatever your personal opinion on them might be; a goat stands for sacrifice for a higher purpose, endurance, persistence, independence, self-reliance, stubbornness and endurance.

Goats also represent readiness, courage and not giving up when faced with challenges. Goats’ horns sometimes look intimidating, but its milk is healing and very nutritious. That is another reason for people to admire and respect goats. 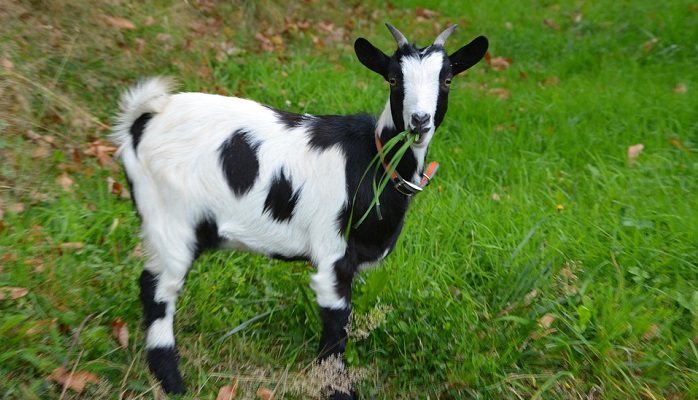 Numerous archeological and historical evidences suggest goats had been domesticated very early in time. Archeological sites in Iraq prove certain goat species were domesticated by people living in the area about nine thousand years ago.

Goats were first domesticated around Levant and Middle East, while they were rare in prehistoric central parts of Europe.

Today, goats are domesticated all around the world and they are usually bred in hilly and mountainous regions, such as, for example, in Alps or Norway.

Goats are sometimes called ‘poor man’s cows’, because these tough animals are not demanding and are easy to take care of. They do not require special treatment; they do not need much food and can survive harsh climates and environmental conditions.

Goats feed mostly on leaves, green leafy plants and grass, but they are known to devour whole plants, if they come up to it. They represent true disaster for lower crops, because they would eat the whole plants, with roots, which lead to desertification of whole, vast areas of land.

Goats are extremely endurable and tough animals, if you have in mind their size. They are excellent climbers and can survive and find food in areas other domesticated bovines cannot.

Domestic goats were animals of great importance as early as the era of Ancient Romans and they are still the most important specie in Asia Minor, central Asia and Mongolia. On Tibet, goats have been used for salt transport.

People can use so much of these incredible animals, so they are both important to humans in practice and in symbolical sense.

We use goat’s milk, to drink it and to make other nutritious dairy products, such as goat cheese and yogurt. You could find amazingly tasteful Greek feta made of mixture of goat and sheep milk. Goat milk is considered far healthier than more common cow milk.

There are numerous types of goat species, both domesticated and wild goats. They vary in sizes, in some of their habits and in appearance, but they are still representatives of the same large family.

In symbolical sense, goats are much important to humans, as well as they are in practice.

Goats have been popular sacrificial animals. Both male and female goats are associated with fertility, vitality and abundance.

In Christianity, goats are sometimes seen incarnations of evil. Biblical texts claim goats were an object of adoration of false gods and these animals have often been associated with the devil himself.

The goat Azazel, a scapegoat, was one of the two goats featuring the ceremony for the Day of Atonement. While one that was sacrificed was associated with Jesus Christ, the other one that escaped was labeled as the Satan’s goat.

This negative perception has remained until the day.

As we have seen, goats could mean various things. Goat symbolism is full of meanings and these are incredibly powerful spirit animals. Goats represent fertility, fortune and abundance.

We can see the connection between goats and these concepts from certain folk beliefs and from various historical evidences proving goats have been of great importance for our own survival.

These amazing animals are associated with strong ambition, determination, focus and dedication. Their natural pattern of behavior makes them so strong symbols of persistence and endurance.

A goat would not give up and surrender to cruel weather until it reaches the desired spot.

As a spirit animal, a goat represents an incredible source of energy and motivation. Goats are also associated with exploration, discovery, travel and curiosity.

Goats are curious and intuitive animals, so they represent these ideas.

They are spiritual embodiments of the idealistic form of ideas and concepts mentioned. They represent curiosity that does not lead to damage and intuition that never fails you.

Goats are incredibly agile, strong and resourceful animals, so they also represent survival, adaptation and cleverness. They do not need much and yet, they could reach unimaginable heights.

People also identify goats with the concept of balance, in physical, metaphorical, symbolical and immaterial sense.

Their ability to move over landscapes that seem literally impossible to survive for us, humans, metaphorically represent balance in life; harmony of thoughts and emotions and, of course, material balance.

Goats are also associated with modesty and good perception, as well as with patience, progress and tactics.

Symbolically, goats have always been associated with courage and determination, but also in a negative way. They are symbols of stubbornness, thoughtlessness and spite. You probably know the story about two Capricorns on a narrow trunk put as a bridge across the stream.

Since neither of them was ready to step back and let the other one pass the stream first, they have both ended in water. This is probably one of the most popular goat stories, with morals you should have in mind.

However, if we speak of goats as spirit animals, meanings and guidelines are positive. Let us find out more about spiritual powers of goats.

If you are born under this totem, you should consider yourself lucky, but you should have in mind Goat energy should be carefully managed and properly balanced.

Goat is one of the popular totem animals and it offers great and practical guidance. Goat is present as a spirit animal in zodiac.

Chinese zodiac has Years of the Goat, while in Westerners’ zodiac there is the sign of the Capricorn. People born under protection of Goat totem are considered lucky, humble, optimistic, self-reliant and focused in life.

These people are extremely energetic individuals, with a good sense for their surroundings.

They have great intuition, they do not need much to feel happy, but they still have great ambitions. Goat people are driven all the time by something. They are active and energetic and they do not like to sit still. They are not easily bored, because they simply do not let themselves become inactive.

Goat people love to travel, to explore and to learn. They do not seek for luxury or extremely comfortably conditions, because they are usually sufficiently equipped in both physical and mental sense. These are tough people, who are not easily saddened or depressed.

Goat people have an optimistic view on life. They are tactful and fast minded.

They do risk sometimes, but, generally, they think things through, before they act. However, they are known to think quickly. They are executive types of personalities, equipped with a lot of knowledge and sharp mind.

Goat people are more solitary than sociable, in terms of getting energy. That does not mean they do not like to be around people, but they do not need their energy; they are more introvert in nature.

However, Goat people are the soul of any event, because they have so many interesting experiences to share with others and they do not find it hard to give advices. They are likely to help others, without asking anything in return.

Their secret lies in their evaluation of life. Goat people are positive minded and they would always find that tiny little straw of light to drive their motivation from. They are not prone to prolonged grief or sadness, but their restlessness could make them anxious.

These individuals, of course, have their flaws. The most negative trait of all goat people is their stubbornness, accompanied with their analytic mind. They would never admit they are wrong, even if there are proves they indeed are.

Goat people could be particularly vain about their social image and they like to be perceived as confident, brave and intelligent people.

They are, but sometimes they pass the line of what is appropriate and become stubborn and too self-proud. This is usually confusing to goat people, because at the same time they do not mind what others think of them, but also have the need to secure their reputation.

That is, perhaps, the only thing Goat people do not have in balance. In other areas of life and aspects of their personality, they are balanced, tactful and patient.

Goat people love to make plans and constantly seek to upgrade their knowledge about the world. They are adventurous, led by great fantasies, dreams and rich imagination. Goat people believe everything is possible if you try very hard.

Only Capricorn zodiac people have very skeptical mind that could temporarily restrain them from advancing.

Goat totem teaches you to take the best of your life, without much hesitation.

It grants you enough courage, strength and cleverness to do everything you dream of. It is up to you to balance that incredible Goat totem energy and use it for your own good and well-being of those you care for.

Goat people are passionate about what they love, including people they care for. They would do everything for a lover, for a good friend or any person they feel very close to.