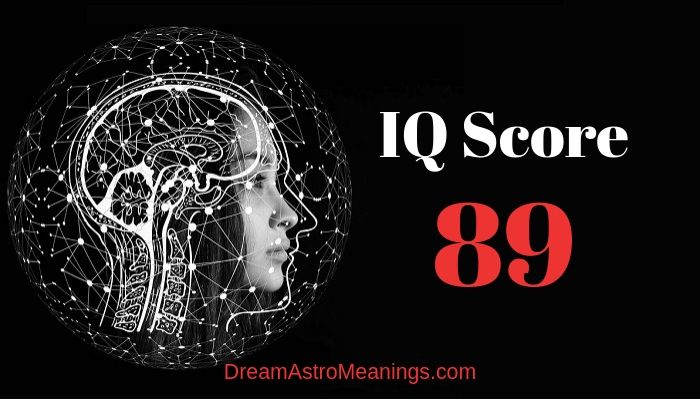 Do you know your Intelligence Quotient score? Moreover, do you know what it exactly means?

That is, indeed, a tricky question, since there are many opinions on what an IQ score actually tells about a person and his or hers intelligence as a whole.

Intelligence Quotient testing could provide some guidelines, rather than ‘brand’ people certain labels, although it does do the latter, as well. IQ scores could be seen as an aspect of human intelligence measuring.

Some researches proved that our intelligence is partially inborn and inherited from our parents. It has to do with our genetic material and certain data confirm the notion.

People who have grew up away from their biological parents seem to show the same level of intelligence as their mom and dad, regardless of never seeing them and never being in touch with them.

The other part, however, seems to depend on socio-cultural factor, exact conditions and environment, experience, education and more. Some experts firmly state that intelligence could be improved by persistent learning and practice.

This way the intelligence could ‘grow’ up to twenty points on the scale. Whether it could go downwards is also the question to think about.

It seems as a possibility that a neglected intelligence could not develop more, but perhaps a person only stays at his or hers inherited level. There are many other factors to consider, namely, that of emotional intelligence.

It is a tremendously important factor that gains more and more attention. Some experts believe it is even more important as a life success redactor than the classic IQ score result.

The purpose of the IQ testing is to show one’s potentials and predict life success. It is not meant discriminate people according to their intelligence score.

It is a curious thing; an average or not very high scorer could still present with talents and skills a much’ smarter’ one does not possess. Let us see more into the IQ testing development.

The Development of IQ Testing

After the government passed the law according to which all kids should get proper education, the need arose for a test that could help determine which kids would need assistance during studies.

Psychologist Alfred Binet thus came up with the first Intelligence Quotient test. Binet’s test was the base for all future tests.

He did not focus on the educational per se, but he focused on children’s attention level, their task processing capabilities and the capacity of their working memory. He discovered that the final results do not correspond necessarily with children’s age.

Some kids who were younger were more brilliant in executing tasks than their older friends.

Binet thus proposed the category of mental age, which is something we still use. This initial test, also known as Binet-Simon test, after its creator and his colleague Theodore Simon , had many flaws, which Binet himself was aware of.

He himself stated that human intelligence could not be determined according to single parameter or category. However, this test opened up doors to new ones.

This test was standardized in the United States, by Stanford University. The new test was named Stanford-Binet test and it presented with single number IQ score as we know it today.

This test became a norm in 1916. In the same year, the classification of IQ ranges by Lewis Terman also took place. There were other interesting moments in the history of the early IQ tests.

Army Alpha and beta test are definitely important to mention. These two tests were developed as the First World War started and the need for selecting recruits had arisen.

There were a great number of new recruits. They had to be tested so that army authorities could assign them to tasks and positions appropriate for each one. Army Alpha and Beta tests served that purpose.

The problem emerged after the war has ended and the tests continued to be in use outside military. The government used those over the immigrant population in not a particularly favorable way for those involved.

The latest, fifth edition is in the process of data collecting, intended to be finished in 2020. WAIS test is more complex than the old Binet’s test and it observes several parameters.

The results obtained through these parameters are to be compared within the same age group participants.

WAIS test is especially good for the business sector and applicable in Human resources sector of big companies; it is a useful tool for employers’ selection.

Classification and the Average Score

According to this classification, the lowest levels of IQ scores are those bellow 70 on the scale.

These are marked as ‘definite feeble-mindedness’, while on one of the contemporary scales, the same range stands as ‘borderline retarded’. The next Terman’s range is that from 70 to 79, ‘borderline deficiency’.

The range that interests us here is 80 to 89, which stands for what is called ‘dullness’. More on that in the following paragraph. The next level is the range from 90 to 109 or ‘normal’ or ‘average’ range.

Average score could be the base point to discuss other scores, although it does not actually reveal much about one’s capacities, expects for labels such as ‘average reasoning’.

Theoretical studies are possible from this range and upwards. Talents and skills of an individual are not displayed within the result as it is, so the average score does not tell all about the person’s potentials.

IQ score 89 falls under the category of ‘dullness’ on Terman’s scale, while on Paul Cooijman’s contemporary scale it stands for ‘bellow average’.

The latter would perhaps better fit this score, since it is on the highest peak of the range, just below the average score, indeed. We could look at it from both ranges perspectives.

They perform best if it was precisely clear what has to be done; they do not do well with the moment of choice.

It interesting to note that the range between 80 and 89 is statistically associated with an increase in (male) violent behavior.

However, it is not a rule and it does not, of course, mean that all men within the range are violent. It depends on the modals of statistics, but it is an interesting notion.

If we think of this score as on the very border with the average score of 90, it is very close to it.

It could perhaps allow some decision making. However, the reasoning is low average and persons with 89 score might experience difficulties with any theoretical material. This is perhaps why the Terman’s scale labels the same range as ‘dull’.

However, these are all too sharp labels. The individual case might as well be different.

However, while there are opinions that state IQ score could be improved (especially when it is on the border, as in this case9, others believe there is not much one could do to ‘change’ the category.

IQ score 89 could not make for an impressive theorist, scientist, inventor or so.

On the other hand, it is possible that a person is very handy, skilful in things that do not require much of the theoretical background.

The question of IQ scores, especially those that are considered average, on border or below average is an extremely sensitive one. The actuality of one’s score could be different from those described, although people within the same range would present with similar capacities.

Nevertheless, there are other parameters and factors that should be taken into account, if you want to have a full picture.

Social environment and circles, cultural background, conditions of growing up, current conditions and especially social and emotional intelligence that are closely bound with all of the latter are of extremely great significance.

One cannot simply label a scorer of 89 IQ as ‘dull’, before taking into account all elements that constitute that individual as a person per se and a social being.