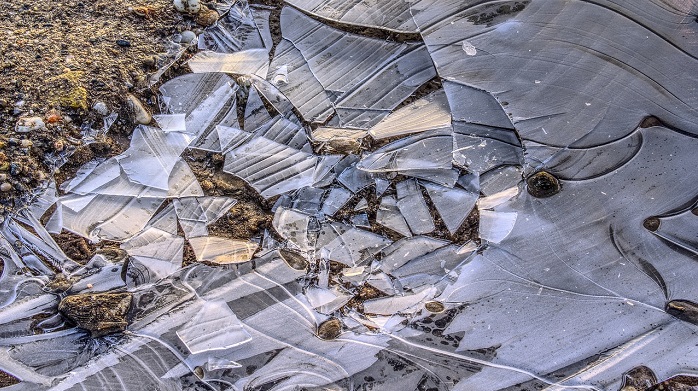 Amongst many objects that represent just a part of our daily routine, one has a very long and interesting history of use, but not only as regular day-to-day element.

Mirrors have very rich and abundant history of use for magical and ritual purposes.

Symbolism of mirror originates from its very function, which is to reflect.

Mirrors have many facets and so do they have many variations of symbolization process. Mirrors reflect and divide, they double the reality, while, at the same time, they absorb it, infuse and contain all of it.

Some people even claim they have managed to get in touch with the ‘other world’, the other reality, by using mirrors.

Vampires and some other mythical beings are believed not to have mirror reflections, since they have no soul r heart or whatever that would makes them humans. In certain cultures, people believe a mirror can steal people souls.

There are many beliefs and mysteries surrounding mirrors.

What is also interesting about it is that mirrors are human invention, not a natural phenomenon that keeps confusing people.

The world behind the mirror is a reflection, the ‘other’ in contrast to ourselves and yet, not our opposition as such. It is something unconscious, parallel and both out and inside us.

Think about the famous Lewis Carroll’s story and Alice’s adventures behind the looking glass. It appears as a dream and, in a way, world behind a mirror is a living dream. So many mysteries behind such an ordinary object! 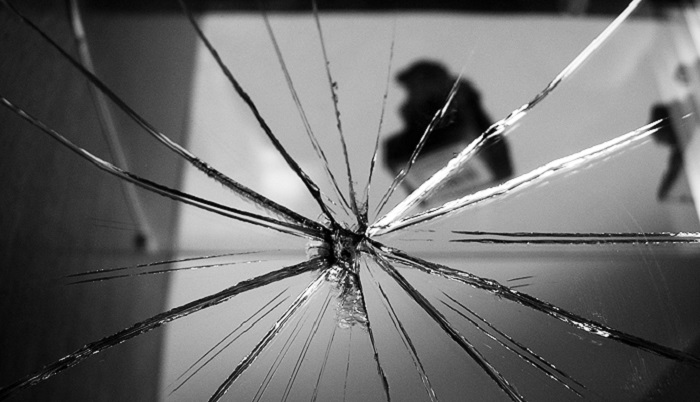 Do not stare at your mirror reflection for too long, no matter how attractive it may seem.

Surely, it pleases you to see how good you look when you are all dressed up and feel good and self-confident. Remember Narcissus, who enjoyed spending his days admiring his own reflection in the lake that was like a mirror to him.

This is neither a story about Narcissus nor the lake, but about men made mirrors.

However, there are certain similarities; mirrors are believed to seduce, to entrap someone’s soul, to lure you towards some other world in which you may get lost.

Why sorcerers and people with extrasensory perception, those who have stronger energetic field from other people, avoid looking at mirrors?

Certain German scientist claimed that the mirror reflection of eye-rays could make great damage to the one who reflects him or herself.

Until this day, the mystery of mirrors lives on. Many people still believe that mirrors reflect more than visible reality. Is it only a superstition? Mirrors are sometimes considered a protective material.

In some traditions, people would wear pieces of mirrors as pendants or sewed into clothes or whatever else, as protective amulets.

Such worn, mirrors are meant to ward off evil spirits and especially to protect the wearer from evil eyes.

In the Spanish countryside, people sew pieces of mirrors on children’s clothes, on their shoulders, to protect them from harmful look of evil eyes. Do you remember the Greek myth about the hero Perseus and the Gorgon Medusa?

According to the legend, Medusa had one power no one before beat; she had a petrifying look. Her eyes were lethal to all of her opponents.

No one could look her into eyes and survive her dreadful stare! However, Perseus was armed by a shining, reflecting shield, given to him by the goddess Athens.

The hero used his shield as a mirror and thus successfully murdered Medusa. In the myth of

Perseus there is another clue about the mystical power of mirrors, besides the fact that it helped him beat Medusa without looking directly into her eyes.

The shield was made of copper. There is something about the very type of nature of mirror reflection. It could be warm or cold.

The power of cold and warm reflection rays

Here lies the secret about the power of mirror reflection rays.

Why was Perseus’ shield made of copper? Why Athena did not give him, say, a silvery shield? Why the material matters? Chinese had an old custom of putting brass mirrors in their beds, for protection. Why would they do so; because brass was cheaper?

Well, the answer lies in the type of reflection these mirrors produce, it is warm.

Today we know that the mechanism of refection of energy when in touch with the substance is always the same. Rays penetrate the substance and with the help of complex processes the energy produces the opposite emission; it radiates its own particles. This is what we receive as a reflection.

However, to what kind of diapason the reflected energy belongs depends on the properties of the substance in question.

Therefore, it is thought that metals of warm colors absorb cold, ‘lunar’ rays or Ying energy and emit ‘solar’, warm ones in return; those of Yang energy. Warm metals are gold, copper, bronze and brass. This ancient hypothesis well corresponds with modern science.

Psychologists and other scientists have proven that warm shades have a very positive impact on people’s overall well-being.

There is a lot of mysticism around this mirrors’ ability to absorb one kind of energy and emit it as another one. This could explain why people often believe mirrors could reflect another world.

A strange advice came from the French scientists Camille Flammarion. He said that if people are afraid of seeing ghosts, try looking at them by using a mirror or another reflective surface.

There is also an interesting notion about the beneficial effect of the famous Venetian mirrors. Italian masters would add a certain amount of gold into the amalgam, so the mirrors would get a beneficial, pleasant warm shade.

Those who had these mirrors were of good health and the effect was attributed to their beneficial effect.

It is suggests that this warming, pleasant shade had an extremely positive effect on those reflecting in the mirror, besides of its aesthetic quality of the reflection.

It is also possible that the noble material such as gold added special properties to the amalgam, so the mirror would more efficiently absorb negative energy and maintain the positive energy flow.

Amongst many beliefs and superstitions regarding mirrors, perhaps the most widespread one is that about breaking one. In numerous traditions around the world, it is believed that if you break a mirror, you will be unlucky for a certain amount of time, namely seven years!

How did we come to this? Why is it believed that breaking mirrors bring such misfortune?

According to magical interpretations of mirrors’ properties, those have the ability to reflect other worlds, parallel realms or whatever else of the sort.

It is also believed that s mirror is a portal as well as a ‘storehouse’ of peoples’ thoughts, deeds and else.

If a mirror gets broken, all those thoughts, actions, beings and entities of energy that dwell on the ‘other side’ could pass through it and enter our world.

Okay, but what about the most popular seven-years-of-misery belief?

One of the most reasonable and logical explanations has nothing to do with strange beings from another realm, mirrors that devour human souls and so they get lost once the mirror was broken and so on and on. Back in the day, mirrors were expensive and considered very precious items.

The technology of making mirrors as we know it is not very old. In the past, mirrors were not that easy to made, let alone to be mass-produced. Even if you had all the required material, it would require of you to have knowledge of secret skills of making mirrors.

Yes, back in the past, this was a secret knowledge, pretty much as alchemists’ secrets.

For example, the greatest producers and exporters of mirrors during fifteenth and sixteenth century Europe were venetians. They were masters of mirrors, but they kept their workmanship a secret.

For this reason, getting a mirror for your own use was an expensive investment. Some sort of mirror could be bought at a local fair or so and it was considered a precious item.

Very likely, the threat of seven years of misery and misfortune that follows breaking a mirror came as an expression that would make one take especially good care about such a valuable item.

However, there were many older beliefs related to broken mirrors and those are based on more mystical interpretations of mirrors magical properties.

Ancient Romans, just as many other traditions throughout the history and around the globe, believed that mirrors have special powers and that they could catch a part of a person’s soul.

This old superstition is to be found in different cultures and possibly comes from the fact that a person sees their own face in the mirrors reflection, their eyes, which are widely believed to be the ‘windows of the soul’.

If you break a mirror, a part of your soul will remain entrapped inside the broken mirror!

Ancient Romans believed that it requires a period of seven years for a human soul to renew itself.

Thus, if a part of your soul remains locked inside the broken mirror, you will have to spend seven years without it, which does sound disturbing.

How to reverse bad luck from breaking a mirror

People have, of course, invented many ways to reverse this bad luck caused by breaking a mirror. One of the most ‘popular’ ways to reverse the thing is to break the already broken mirror into the tiniest particles. This would help the entrapped soul to escape it.

The other efficient way is burying a piece of the broken mirror beneath a tree, at the time of full Moon.

The third popular solution is to throw pieces of the broken mirror into the river, which would purify it all and so let the entrapped soul come out.

Throughout the history and throughout cultures of the world, people have been searching for efficient ways of removing the ‘curse’ of a broken mirror. Some would go as far as grinding the inauspicious item into powder.

This action would turn it into something that could no longer reflect anything and thus it would lose its malicious ability. In some traditions, people would soak the pieces of broken mirror into water and keep it so for seven hours, in order to cleanse it all.

After the time goes out, they would throw it away.

Scattering pieces of broken mirror in moonlight, destroying it further or throwing it into flowing water are all popular ways of getting rid of the bad luck.

One of the most popular solutions, practiced all around the world, is to collect all the broken pieces while avoiding looking at them and seeing your reflection and throwing it all far from the house.

Russians have a special ritual for getting rid of bad luck that a broken mirror could cause. Pieces of the mirror are collected into a black bag, tightly closed by three knots. It should be thrown away or buried far from the house. There is also a custom of cleaning broken pieces with the holy water.

Sometimes it happens that the mirror was of a great personal value. If this was the case, you could keep the largest broken part of the mirror and use it to make another, new one. Before doing so, the piece should be cleansed by water steam from all the collected negativity inside.

There are also beliefs about the type of misfortune that would fall onto you if you break a mirror on a particular day of the week.

Breaking a mirror on Monday brings financial problems, while Tuesday is for disappointments in the love life.

Wednesday broken mirror brings troubles with a loved one, Thursday arguments in the workplace. Friday is a very inauspicious day for breaking a mirror, considering it is related to falling apart of your plans. Saturday is related to family secrets and Sunday with malicious trickery that will fall upon you.