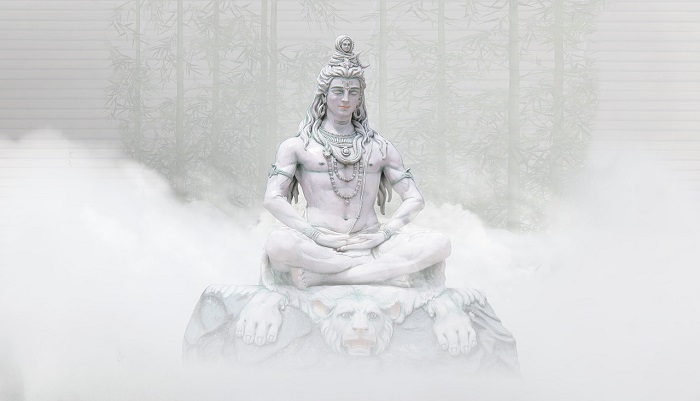 Shiva or the Great deity is one of the three most important gods in Hinduism, along with Brahma and Vishnu. Together, they represent the sacred trinity of Hinduism, also known as Trimurti.

Shiva, however, himself has many aspects and many faces. We usually refer to Shiva as to ‘him’, mostly to avoid confusion in talk, but Shiva is both male and female or none and both at the same time.

In order better to understand what does it mean to dream about Lord Shiva, let us learn something more about one of the most highly praised and known Hindu gods.

Shiva is sometimes represented as a man, but other times as a women and he could take many forms.

Originally, Shiva was associated with fire and is considered both creator and destroyer deity.

The whole idea behind the god Shiva is complex and requires much better understanding of general Hinduism bases and principles. Shiva creates worlds and reabsorbs them is an eternal action.

This act of eternal, ever-flowing energy of creation is represented in one of the most popular depictions of Shiva. You have certainly seen a figurine or an image of a many-limbed dancing god.

It is Shiva as a creator and a destroyer deity. The dance of Shiva is the dance of creation, of movement, of dynamics of the world.

In one hand the dancing god carries a drum, which represent the idea of sound, the symbol of creation, while in the other one he carries fire, the symbol of inevitable destruction.

The famous bronze statue of Shiva, now in museum in Amsterdam, represents Shiva dancing in the ring of fire, performing the cosmic dance of creation and destruction.

The dance of Shiva 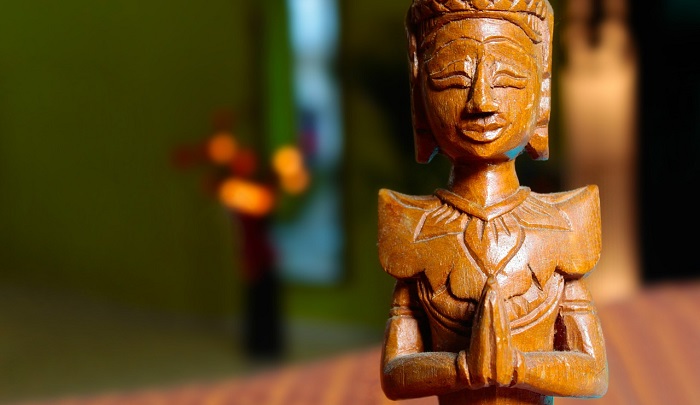 This depiction probably illustrates the whole idea of Shiva the best for us to understand, so we will focus on it.

The statue represents the deity with two pair of arms, where his limbs draw a circle in space, in three dimensions. Imagination could add the fourth dimension to this image, which is time, an idea that a static figure cannot represent.

Shiva’s hair also plays important role in this imagery; it represents youthfulness. Four hands of the god represent many options of creation and achievement.

Besides his hands holding elements of creation and destruction, which are the drum and the bowl for fire, his right hand is turned upwards. It is a gesture of fearlessness and it indicates the stability of the world.

The lower, left hand, is turned towards Shiva’s legs, which also represents certain form of stability and balance between different energies.

Shiva’s right foot presses firmly the ground; it stands for the incarnation in physical world. His left foot is raised and it blesses the followers, relieving them from illusions of the earthly world and guiding them towards enlightenment.

Beneath god’s feet lies the demon Apasmara, who is both his enemy and his votary. On both sides are two demons and there is fire flowing back and forth their mouths; another symbol of never ending cycle of destruction and creation.

Face of the god is always calm and serene; it represents ultimate balance, the balance that makes this entire dance perfect.

Shiva’s dance is cosmic and he is the ultimate cosmic power. As we have said, people usually refer to Shiva as he, because it is easier to talk in simple human terms. The essence of Shiva is ineffable, unfathomable for ordinary humans.

Shiva is non-manifested and yet personified in different forms. He is the cause of all causes, the creator of all creations, the soul of the creation, one might say.

Shiva exists in all things in the world and he represents the ultimate consciousness, the whole universe. Shiva is ultimately transcendental; he exists in three states. Nirguna, Saguna and Nirguna-Saguna.

These states of Shiva’s existence describe the deity’s omnipresence and omnipotent power of creation. All forms come from Shiva and Shiva is all forms, to say so.

Shiva is also represented as covered in ashes. Ashes are associated with death and death is the reality of life in Hinduism. This has to do with the idea of Shiva being both, life and death.

In Hinduism, we are passengers in this world; we will all turn to ashes, but what we do, stays once we are physically gone. At the same time, we are here now, in this moment.

Dreams about the god Shiva

Although understanding Shiva is beyond everyday talk or scrolling through interesting articles on the subject, we hope you have at least a bit closer idea on what Shiva represents.

Any idea you have about Shiva would, of course, affect the interpretation of a dream in which this god occurs. What we want to say is that your own impression about Shiva could help you better understand the dream.

You do not have to be an expert in Hinduism to understand the meaning of your dream, although it is useful to know some of the basic ideas and meanings associated with it.

If you do not know much about it yourself, do a brief research, but also rely on your personal impression.

What kind of feeling did the dream evoke? Was it a pleasant or a disturbing dream?

If you dream about the god Shiva, try to recall as many details as you can. Think about the setting and the activity in the dream. Was Shiva talking to you or pointing towards something?

Think about current circumstances in your waking life. Dreams about Shiva are extremely rare in people who are not from Hindu tradition.

Sometimes, the god Shiva appears in dreams of people who were worshippers of the god in some of their past lives, if we stick to Hindu tradition. It is an intriguing and the most interesting idea.

Regardless of your religious or spiritual beliefs, the dream could be a good guideline. Hinduism could possibly give you some answers.

Dreams about dancing Shiva are dreams about the cycle of creation and destruction, to put it the simplest way possible.

Although Shiva reflects the ultimate cause, the ultimate creation, the ultimate destruction and all, on an individual level, as in the case of appearance in a dream, it could be related to your own creative potentials. Destructive, as well.

As Shiva is in all of us, the energy of creation and destruction is found within you. Think about it. Maybe this dream is trying to tell you have many opportunities to create and many options to choose.

However, in order to do so, you must sacrifice something; you have to give something up, in order so that you could excel in the other field.

Sometimes we have to destroy something, in order to build something greater. Eventually, it will be destroyed, as well, just to make place for something new.

People tend to see this as a very pessimistic point of view, while it is actually the basis of the idea of development. You cannot keep putting stone on stone eternally, because the tower will eventually collapse.

However, allegorically speaking, it will not; you actually build it forever. It is the cycle of life the dynamic of existence. If a dancing Shiva comes to your dream, he reminds you of this cosmic cycle. You are a part of it.

Think about if there are choices to be made that you greatly doubt. You should choose something, at the cost of the other and see where it leads you.

There is no reason to be worried, because this dream also reminds you that things are exactly as they are supposed to be. This is all just a part in the Shiva’s cosmic dance; your actions only contribute to cosmic balance.

Choose what you feel in your heart is the best and, one way or another, it will be the best choice.

A dream about sitting Shiva, as if in the state of meditation, is a good one. This is a dream that bring balance. Shiva is believed to be the first yogi the first guru of yoga, he is Adiyogi.

Meditation and Shiva go hand by hand. Dreaming about the god sitting calmly represents the balance we all need.  Shiva is also considered the one who brings enlightenment through meditation; he has the Third eye and he helps one opens their own.

There is a practice of Shiva meditation, meant to bring one in the state of complete relaxation and calmness.

Through practicing Shiva meditation one could experience many benefits in both physical and mental sense. This meditation is meant to awaken your inner self, and open your inner eye.

Now, if you dream about seeing Shiva in the state of meditation or you dream about meditating with Shiva or about Shiva, it means you are on a good path of finding balance and peace within yourself and with yourself.

This dream also indicates you would aim towards it, focus on your inner voice and intuition.