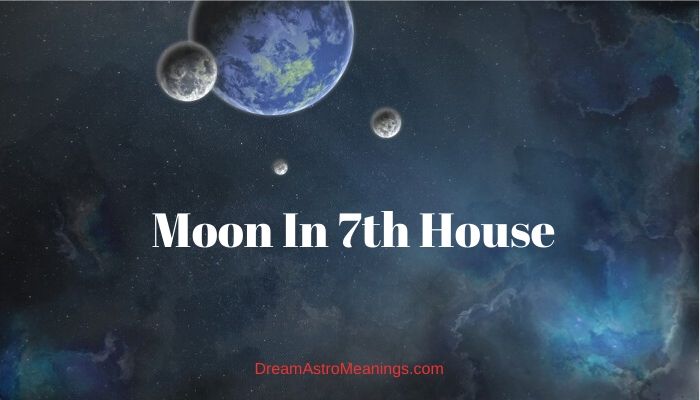 Astrology can help us determine a lot of facts about people and events.

It can help us determine individual traits of people and the events they could likely experience. It can also help us determine the possible outcome of different situations, the compatibility of partners and longevity of relationships, and many other matters.

Unfortunately, astrology still doesn’t have the rightful recognition it deserves despite of its value.

The natal chart represents an image of the positions of the planets for a certain moment in time, usually the birth of a person.

The natal chart consists of 12 houses and the planets placed in these houses reveal the areas of life that are likely to be influenced by the energy of the planets in them.

In synastry, one partner’s planets placed in certain houses of the other partner show which areas of that person’s life could be influenced by the relationship.

The houses can also be divided in three groups: angular or cardinal, fixed and mutable.

The Moon is an astronomical body with great significance for our life on earth. This body is actually the Earth’s natural satellite. It is believed that it formed as a result of the collision between the Earth and some asteroid around 4.5 billion years ago, from the debris left over from this collision.

Some people don’t believe that the Moon is a natural object and they believe that it is artificially made by aliens. The Moon is very shiny and it is the brightest night object on the sky.

This body moves fast, and circles the Earth in a time span of 27.5 days. During this time it passes through all of the 12 signs of the Zodiac. It rules Cancer and is exalted in Taurus.

In astrology, the Moon is the ruler of our subconscious, inner being, sensitivity, emotions, memories, intuition, women in our life, our mother, our motherly instincts, our feminine side, etc.

People who are influenced by the Moon can be very sensitive and easily hurt. They tend to hold on to their memories and past hurts which prevents them from focusing on the present and moving towards the future.

These people need to learn how to let go of the past, otherwise they could spend a great deal of their lives (in worst cases, their entire life) reminiscing about the past or holding a resentment towards someone. They should be aware of the harmful effects of their negative emotions.

They are often closed off and shy. They prefer remaining in a circle of close family members and friends. They need to get to know someone before relaxing and opening up. They are very emotional, but tend to keep their emotions to themselves.

Moon people are nurturing and caring beings and enjoy taking care of the people they love.

There is tendency of changing their mood frequently often without any reason. They could also be needy and prone to clinginess to people which is a trait that many people consider smothering.

These people could possess strong intuition and are capable of sensing people’s feelings and foretell events that are about to happen.

The placement of Moon in the natal chart reveals the areas where the person feels most comfortable. It also reveals how much comfort we need; it also describes our home and our relationship to our home.

The seventh house is a house ruler of relationships and all kinds of partnerships. This house is ruled by Venus and corresponds to the sign of Libra.

Its condition and the planets in this house reveal whether we might experience a satisfying love life and other partnerships or we might always experience conflicts and separations in our relationships.

The 7th house reveals how the person behaves in all types of partnerships, not just love connections. It is also the house of our enemies and rivals. It describes how your personality fits in a relationship with other people.

This house reveals whether you naturally incline towards partnerships or you are a loner by nature.

The planets placed in the seventh house and the sign on the cusp reveal the partners this person is likely to be attracted to and the specifics of their relationships.

If, for example, Jupiter is in the seventh house, the partner inspires the person owner of the natal chart to broaden their horizons through distant travels where they could take off together.

Saturn in this house is often related to older partners or getting married later in life; Uranus brings eccentric partners and relationships, divorce, etc.

When the Moon is in the 7th house of the natal chart, this placement usually indicates a strong emotional need to be in a relationship. The Moon rules our emotions and the seventh house is the house of relationships and that is the most common interpretation of this position.

The person with Moon in seventh house might feel incomplete if they are alone. They need a partner, often because of their feeling of inadequacy and insecurity they feel when they are single.

If the Moon is afflicted, this can be a sign of a needy nature prone to cling to their partners. They might be very demanding in their relationships constantly seeking attention and approval from their partners.

The emotional focus of this person is on their partner, which can be a difficult thing to accept for their partners, especially if they are a type of person who requires a lot of personal freedom and space.

This person might become obsessed with their partners which can be a devastating thing for their relationships because it has a repulsive effect on their partners who begin feeling suffocated by the union.

If Moon is afflicted there might be issues with self-confidence and appreciation of self the person needs to work on resolving.

The person might have the need to please other people, putting their needs aside, which is often a desire based on the fear of being rejected. This person might also misinterpret their partner’s reactions and behavior all based on their fear of not being wanted and loved enough.

The main thing this person should focus upon is to build their confidence and feeling of self-love and appreciation, as well as build their strength and ability to be alone until the right person comes.

The person with Moon in the seventh house might also express motherly behavior towards their partners needing to nurture and take care of them as if they were their child.

The placement of the Moon in this house can also describe their partners as loving and caring people, with nurturing abilities and protective attitude towards them.

This can also describe their partners as sensitive and family-home types.

One partner’s Moon falling into the seventh house of the other partner, this is usually a sign seen in the comparative synastry analysis of married couples.

Especially if the Moon is conjunct the angle or the beginning of the seventh house, the owner of the Moon will intuitively sense the person’s emotional needs and desires and instinctively know how to answer them.

This person might introduce the owner of the house to a large circle of friends and acquaintances which might help the person’s public image.

If the Moon is afflicted, the Moon partner might act needy and emotionally demanding.

Both partners in this combination are aware of each other’s feelings and needs and know how to fulfill them.

There is usually a strong emotional attraction between these two. They feel that the other side will adequately respond to their feelings and feel free to openly express them.

The house owner might be delighted about the way the Moon person expresses their emotions. These two might see one another as their ideal mates.

This relationship usually indicates that the partners emotionally support one another and understand each other and their needs. This relationship is usually headed towards a marriage or a long-commitment, establishing a home together and starting a family.

This in some cases happens quickly after the two persons meet because they instinctively know that they are right for each other and for this type of commitment.

When the Moon is afflicted the Moon person might be prone to changes in their behavior which is something the owner of the seventh house usually doesn’t have a problem tolerating, unless the ruler of the 7th house is heavily afflicted.

The Moon partner feels secure with the 7th house owner. They feel accepted by them and don’t feel any restraints towards expressing their emotions towards their partners. They don’t fear being rejected or judged by the 7th house owner which is very important for their confidence.

The 7th house person likes them as they are and they feel they can completely relax due to that fact.

This relationship is natural and the both partners feel that way. They might want to spend a lot of time together and in some cases they rarely separate because they feel best and most comfortable when they are together. They consider their relationship as their home.

Sometimes this placement is an indication that the relationship between these two is under a strong influence of their families, often because they share the same house with one partner’s parents, and if Moon is afflicted this could be a source of conflicts in this relationship.

In some cases, the couple gets married because they want to establish together a home and raise a family.

The Moon in 7th house placement in synastry is strongest when the Moon is tightly conjunct the Descendant of the other person’s natal chart.

Moon in 7th house in individual charts is an indication of a person who is emotional and seeks to be in a relationship to feel emotionally secure. They often need emotional reassurance from their partners to feel complete and worthy.

This person might have issues with self-worth and self-love which they need to work on resolving. They might be dependent on their partner’s approval and prone to doing everything to please their partners out of fears of abandonment and rejection.

This person might also express traits such as clinginess and needy behavior in relationships which often causes problems with their partners. The mentioned traits can also be the traits of their partners.

When the Moon is in the partner’s seventh house in synastry this is often a sign of a very emotional relationship where both partners instinctively feel each other’s feelings and have a great understanding for one another. They support each other’s and openly express their feelings for one another.

If the Moon is afflicted the Moon person might express traits such as moodiness, needy behavior or clinginess, which is usually tolerated by the 7th house person; they might even consider this behavior cute. This is usually an easy going relationship which flows naturally.

The partners love being in each other’s presence and spend a lot of time together. In some cases, this might indicate major involvement of their families in the relationship.

This combination is often a relationship which leads to commitment and marriage, establishing a home and family.

The placement has the strongest effect when the Moon conjuncts the top of the 7th house.