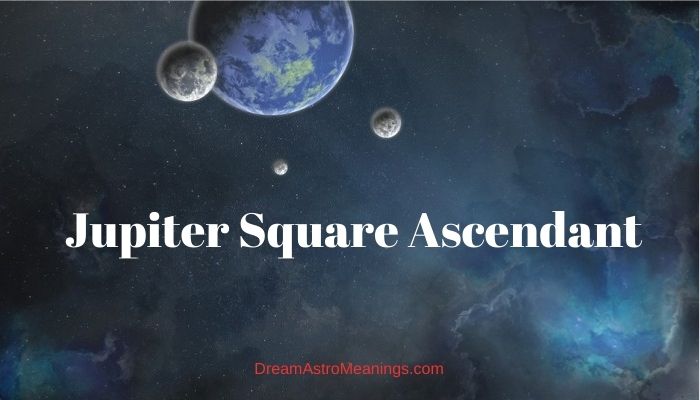 Many such people are perceived as psychologically angular, awkward in handling and of little use for active social roles.

Sometimes they give the impression of pompous braggart and pompous know-it-alls. They try to do everything at once, which inevitably leads to overstrain and setbacks.

They do not know how to plan time and use up the forces at their disposal too quickly. They tend to dramatize and exaggerate everything that happens to them.

Proper use of this character trait can make such a person a successful writer or popular actor.

People occupy an important place in his life, although he strives to dominate personal and business relationships.

If he learns to establish more mature and responsible contacts, he will certainly understand that one should get used to concessions and compromises, because those different from his own point of view also have a right to exist.

Optimism, self-confidence that mobilizes people’s goodwill and trust. Philosophical and religious interests often, spiritual leaders, founders of religions. They like to travel if Jupiter is not in a permanent sign. With bad aspects – megalomania, a tendency to be overweight.

Jupiter conjunct the ASC – you are an open, friendly and generous person, at least outwardly. Religion and philosophy play an important role in your life, you are very open minded and you allow others to doubt.

However, if Jupiter has heavy aspects, you can be unyielding. Sport often attracts you, and you achieve excellent results in anything that requires physical dexterity. You help people and can be very accommodating towards them, but only as long as they respect your moral and ethical standards. You love to travel and live outdoors.

Try to use new suggestions and ideas that can broaden your worldview. If Jupiter is in the 12th house, you will not be so open, but you will be lucky, and people will always think that you have a lucky hand. When Jupiter is in the 1st house, there can be a weight problem.

Jupiter, ASC trine, trine in the natal chart People are often of great importance to you, and thanks to your attractiveness and openness, you easily find a common language with them. Friends play an important role in your life and often help you with implementation of your ideas.

You are witty, sociable and fun-loving, you enjoy life and often become the soul of society. Try not to be very talkative and superficial and be sure to use your abilities in the field of religion, law, philosophy and other similar sciences. You’re the motto might be “Don’t get attached to me, because your key word is travel. You love to be constantly on the move. You often find success abroad.

Jupiter, ASC opposition in the natal chart Interferes with public life, makes them awkward to handle. Pompous, boastful, pompous, know-it-alls. They try to do everything at once, which leads to overwork and bad luck. They spend their strength very much.

Jupiter in square-opposition-quicons with ASC – you tend to dramatize and exaggerate daily events. If you can use this ability correctly, you will be a successful writer or actor. People are important in your life, but you strive to dominate personal and business relationships.

If you were able to make more mature contacts, then would understand that one should get used to concessions, and would see that there are other points of view besides yours.

Parents play an important role in shaping your moral and ethical principles, and it is very possible that you will sincerely try not to disappoint them and live by their example. Are you restless like mentally as well as physically, you need to release this energy creatively?

Subsequently, he conscientiously seeks not to disappoint them and live by their example. Anxious both mentally and physically. You need to learn how to get rid of excess energy creatively and constructively. (Jupiter squared Ascendant).

Interferes with public life, makes them awkward to handle. Pompous, boastful, pompous, know-it-alls. They try to do everything at once, which leads to overwork and bad luck. They spend their strength very much.

You do not feel when you need to keep silent. People perceive you as pompous and possibly intellectually arrogant. You try to do too much at once and, of course, do little well as a result. Learn to focus on doing one thing at a time and develop humility.

The square of Mercury and Jupiter, as well as their aspects in the natal chart, make it possible to determine the connection between the native and the world around him. Both planets symbolize knowledge.

Mercury is responsible for the creation and functioning of connections, so it is read as a kind of mediator. Jupiter affects social status and career growth.

Quadrature denotes a tense correlation of planets, so a person has to put more effort into obtaining and organizing information.

If the horoscope has shown a complex connection between heavenly bodies, it is necessary to concentrate your activities, adhere to narrow interests and avoid any falsification in information.

Body Marks: Scars from trauma or burns. Birthmark on the face. Possible head injuries. Women prefer short haircuts and love to dye their hair bright reddish-red shades. There may be sparse teeth or an irregular bite.

Here is what the owner of Mars herself says on the Ascendant: “I have Mars in the 12th house in conjunction with the Ascendant, but the aspect is not accurate. Scars and burns on the hands. I love red, a hidden aggressor. Mother’s birth was quick. ”

You show your feelings without any problem. People love you for your attractiveness and sincerity, Mother plays an important role in your life, a relationship with her, full of love and support, brings you pleasure.

Because you can easily connect with people, make friends easily, and enjoy working in a team, you can become a successful actor or politician. Music often occupies an important place in your life, and it is possible that you can have a clear, pleasant voice.

You are a pleasant person with a rich imagination and talent for the arts. Enjoy spending time with your friends and family. If the Moon is in the 9th house, traveling will help you broaden your outlook.

Squaring causes an intolerable desire to achieve success at all costs, to get ahead of the calm lucky ones, overcoming obstacles. Because of this, the owner of the tense aspects does better than the owners of trines and sextiles.

However, the more significant the sphere of influence of the planet in quadrature, the stronger the temptations.

Jupiter gives power, wealth, and sympathy to people, but in a conflict with the Ascendant, a person is afraid not to get what he wants and is in a hurry to claim a place under the sun through the annoying assurances of others that he is the best, intelligent and noblest.

Naturally, this causes hostility, and the glory of a chatterbox and a braggart is assigned to the native.

At the same time, the ability to get along with the bosses and subordinates has not been developed karmic, constantly, either an overload of emotions, or the arrogance and coldness of an unapproachable star.

Throws from one extreme to another, clumsiness and a tendency to be overweight lead to the antipathy of loved ones, if the aspect is not harmonized.

Influence of the square Jupiter – Ascendant on the fate In fairness, the native strives to work and in practice to prove his talents and organizational skills, which leads to overwork, stress and overeating, because food is a factor of pleasure, relieving unpleasant emotions.

The problem is that after making a little effort and getting the result, he immediately runs to brag.

Even a tiny success is elevated by him to the rank of a feat, which makes people laugh and smears the impression of a really good job.

The owners of the Jupiter – Ascendant Square do not know how to gallantly communicate and listen to the interlocutor, interrupt, transfer the topic of the conversation to themselves, simultaneously waving their arms and knocking down foreign objects. It is not surprising that they almost never have friends and patrons with such behavior.

Mental and physical anxiety leads to a dramatization of everyday events, and even a small obstacle turns from a windmill into a giant with whom the native fights, losing strength. The only way out is to discard the illusory worldview in creativity.

Literature, theater, cinema, animation are the spheres of success of a person with the square Jupiter – Ascendant, where his tendency to exaggeration will not be annoying.

Other dangerous influences of the aspect: arrogance, arrogance, pride, narcissism; the desire to dominate relationships, to be the only star surrounded by a gray mass; confidence in a special purpose.

which leads to ignoring real opportunities for promotion in society; the habit of doing everything at once, and as a result they get scattered over trifles and make mistakes; diseases of the circulatory system, blood vessels, often hypertension and diabetes mellitus; fear of change, inability to adapt to changes in the team, to become one’s own in any social group, from kindergarten to work in a corporation; intransigence, greed, disrespect for the opinions of others and the inability to remain silent when not asked.

If Jupiter is harmonious in terms of position in a friendly sign of the zodiac and relative to the Ascendant of a related element, then the above signs are weakly manifested, or arise in stressful situations.

If there are still negative aspects, then it is difficult to cope with them. Love and marriage with the square Jupiter – Ascendant Men and women with this aspect do not think of themselves away from society. They need an audience to assert themselves to someone.

A partner is perceived from a similar point of view as a lower-level companion, whose activities should be aimed at supporting the success of the native himself, and in his free time it is permissible to praise and admire his appearance, talents and plans for the future.

Of course, in the presence of such a person, the bearer of the Jupiter-Ascendant square really quickly goes up the social ladder and even feels grateful for the warmth and support, but does not think about the size of the sacrifice and abandoned interests or the ruined career of his companion.

The ideal option is marriage with a socially successful, self-sufficient person with a gentle, sympathetic character and a desire to help grow to the desired level.

It is categorically impossible to associate with life with a critical and sarcastic person with Mars and Mercury in Gemini, Cancer, and Virgo.

Such a partner will not tolerate idle talk and promises of beauty far away, instantly cutting off the native’s self-esteem with an analytical selection of the discrepancy between his boasting and real deeds.

To harmonize the aspect, it is important to restrain the impulses of bragging, plan the gradual achievement of goals and not tell about your intentions to a wide audience before they come true.

It is important to learn to appreciate the personality of the interlocutor, let him have his own opinion and not argue over trifles.

Most of the complexes disappear in the process of creative burning: on the stage, in the oratory, in the writing of books and journalistic investigations.

Equestrian sports and single competitions have an excellent effect on the nervous system, where you can give your best and enjoy a sole victory.

Stones-talismans will help to develop endurance and willpower. They are selected according to the element of the zodiac sign.