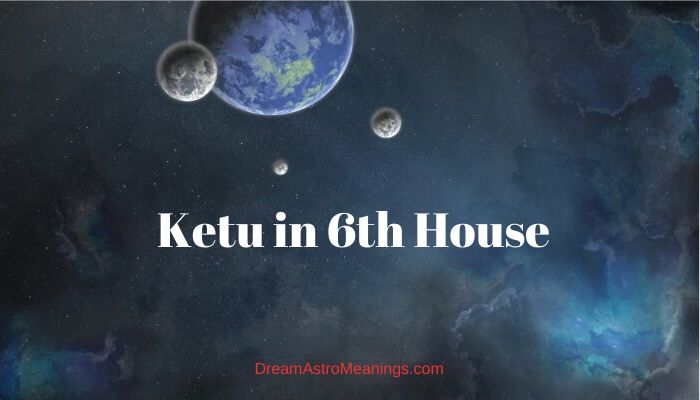 Hindu astrology is known as Jyotish, which is associated with the term of light and with our eyes and sight.

The term of light, in this context, refers to the light of consciousness. Jyotish allows us to see, in places where there is the light.

The goal of this path is to help us realize our own being and existence in its entirety.

This path should help us use our desires, thoughts and actions so to transform our current reality and make it into a positive future. The base of our own self is the base of all the cosmos.

Everything is interconnected and related to one another. That is the essence of being.

In Hindu astrology, Lunar Nodes play an incredibly important role. Let us see what we could learn from their positions.

Rahu and Ketu are Lunar Nodes, points in astrological charts. In Hindu astrology, they are considered more important than planets. These two points are about one’s karmic path.

They tell about what we are and what we should become. Nodes represent causal and consequential effects in one’s life.

They represent one’s place within the universe, by defining karmic lessons the person has chosen to deal with within the current life, in order to reach higher levels of being.

The South Node, Ketu, represents the individual at this life, carrying the load of previous incarnations, mostly those we should overcome and get rid of.

The South Node is also associated with ancestry and all the inherited skills and talents. The South Node represents our weakest point, our Achilles’ heel.

The South Node leads to stagnation, keeping us within the limits of our acquired habits, the heritage of previous incarnations and it prevents us from progress.

The Sixth House is related to the individual’s professional life, working environment, the native’s relations with colleagues, collaborators, superiors and others.

This house is associated with work, job, professional achievements, efforts and all kinds of temptations and challenges.

It also has to do with one’s health. It also reveals one’s fears, skepticism, suspicions, the sense of shame.

Troubles at the workplace are associated with the Sixth House, as well as all kinds of trickery and enmity.

Ketu in the Sixth House – Ketu in 6th House

Ketu in the Sixth House comes with Rahu in the Twelfth House. This is a turbulent and a bit dark Lunar Nodes’ position. Let us what does it mean.

A person with such position of nodes suffers from a consciousness crisis, dwelling mostly within the realm of burdening thoughts.

Aware or not, this native thinks and over-thinks. Yes, it is possible to be unaware of this state of being, since it comes by inertia, as something that simply is the way it is; for better or, more likely, for worse.

The native considers the physical, material world as exhausting, heavy. From time to time, this person has to deal with illnesses that keep him or her away from the battlefield, the field of rivalry and competition.

This person expresses great dissatisfaction with any working environment and conditions.

He or she believes that they were not paid enough, that the conditions were unbearable or that, at least, others do not appreciate their work as much as the native deserves.

Sixth House Ketu individual feels underappreciated and so burdened by the circumstances at work that this impression takes over the behavior of the native and passes on to all other aspects of life.

Reminiscence of previous incarnations recalls the sense of order and organization.

However, wherever the native looks, in the current life, he or she sees only chaos and disorder. In previous incarnations, this person was a perfectionist, criticizing and judging everyone and everything.

Now, the individual notices all the imperfections around and, what is worse, the native allows them to weaken him or her.

This person feels helpless to resist the dreadful effect of the imperfection, which is extremely troublesome and exhausting!

The native perceives the world as a place that does not offer him or her everything that it should. This is a helplessly demanding native, which is unbearable, at times.

Some people with such positioned Lunar Nodes waste time on self-pity, others fall into the abyss of total despair. They often feel jealous and envious of others’ fortune and well-being, thinking of them as not deserving all the privileges they seem to have. The essence of the problem is, of course, monumental Ego found in these natives.

Ego, lifted up so high in previous incarnations, is being perceived as the highest ideal, far above the rest of humanity. Intimately, this person puts him or herself way atop of the others. However, the native would rarely admit looking others from the height.

Nevertheless, this native sees everyone else as lower, less perfect, not worthy enough.

The native is so proud that he or she would rather reject a task or a job or whatever else, if they perceive it as something below their standards and the sense of dignity.

They are very sensitive to it, although it is certain that the circumstances would make them accept such unworthy offers. He or she would very likely have to do the job that is far below their level (in their own sense), even if against all the principles.

The native will feel forced to do things he or she does hates, perceived as low and dishonorable.

Those do not have to be particularly nasty jobs or whatever; remember that this native has incredibly high standards.

What is worse, he or she feels as if they have to be above the rest. However, they would never admit how bad they feel. Instead, they swallow all that bitterness in silence. The bitterness could be so strong that it would start affecting their physical health.

At the end of the day, they start blaming their job or working conditions for their poor health state, while the true reason is the inner conflict and deep, deep dissatisfaction.

Previous incarnations leave this native with the sense of being repressed, restricted by the society.

This person feels as a neglected child, deprived of the very essence of the richness of life that exists for the others, but not for this native. Too much energy is being spent in efforts to impress others.

This distances the native from growing on the inside, even though the person is highly introspective, but not in a particularly beneficial way.

Above everything else, this person should look inside the soul, piercing deeper than usual. Only then, the native will find answer to their problems.

People with such position of Lunar Nodes watch as the life pass them by, because they dwell on narrow-minded views, wasting time and energy. South Node in the Sixth House carries an incredibly strong nervousness; the native literally devours itself from within. Their Hell is inside them.

These natives eat themselves up, trying to fit every single observed detail into their own system of order and it is, to be honest, impossible. This native expects the world to fit their immense Ego, but this is not going to happen.

In previous incarnations, this person was capable of controlling their universe. However, things change constantly. Old patterns do not apply to new circumstances.

Now the world appears larger than the native would like it to be and so he or she does everything possible in order to feel superior. This person is afraid of failure, afraid of being just a piece of sand in the desert, afraid of losing control over destiny.

However, all the wasted time and effort leave the native exactly as a self-victimized individual, feeling helpless as a peddle on a coast. They feel as if injustice was done to them. They always feel as being treated unfairly.

Ketu in the Sixth House – The Introspection and Adaptation

This person has to learn to make the difference between what is important within the pattern of personal values and things that represent temporary excitement.

The native often engages with abnormal intimate patterns, only to mask the sense of being unequal, repressed.

The problem is this narrow-minded point of view and strong egocentrism. The relief will come once the native changes the perception of self, of the universe and of self within the universe.

The key is to realize not only that we are a part of the universe, but that the universe lives within us. This person has to stop caging life into small boxes, as a great organizer, and to look inside their soul.

This new focus will help the native find all the richness of life, so desperately desired and longed for.

The native should isolate for a time, in order to realize that things could be different and that it is not the point to be better than someone else is. If you are good to yourself, it does not matter if you are better than another is.

Grasping deep into the inner world, the native would finally realize that the experience of life depends only on how you perceive it. Once the native gets rid of that inherited need to turn the world upside down in order to make it fitting, he or she will feel happier.

The point is to use the energy to grow personally, to adapt and transform, and not to mold the whole world while yourself remain unchanged.

The natural dynamic of life is what Sixth House Ketu people have to learn and to accept.

One of the ways to achieve this new perception is to try to develop good relations with other people, to awaken the collectiveness that lie within each human being.

The importance of mutual understanding, tolerance, reliance and cooperation are something this native finds hard to feel and accept, so that is exactly what he or she should strive for.

It would be good if this person engages with some collective projects, in which collaboration is essential.

It will help this person to focus on existing as a part of a bigger picture, distracting from all the negativity related to people and society the native carries from previous incarnations.

Many times the life would test this native’s sense of compassion and empathy, until he or she develops it. The native has to realize that judging others actually prevents him or her of being happy.

This individual should surrender to the flow of life, without constantly disrupting the natural flow with selfish excesses that come only out of fear of losing control, which comes from egocentrism.

A new point of view would finally lead this person to a realization that the life is, in fact, different from he or she thought.

This is a tremendous shift in perspective from seeing only a part of life as a wholeness; this ‘wholeness’ the native constructed in previous lives is, in fact, a part of a much bigger flow.

This native has to realize that the physical health depends on sanity and peace of the mind and the soul. This is, indeed, nodes’ position indicating that the spiritual is above the material.

He or she should nurture their inner world and it would reflect on their physical state. The message is the famous Latin proverb in reverse.

The life is a flow from the material to spiritual, with these nodes. That is the karmic path. The sign matching the South Node reveals the ways that made the native remain trapped within the material world.

The sign matching the North Node suggests the way that would help the native accomplish the karmic lesson and complete the transition.