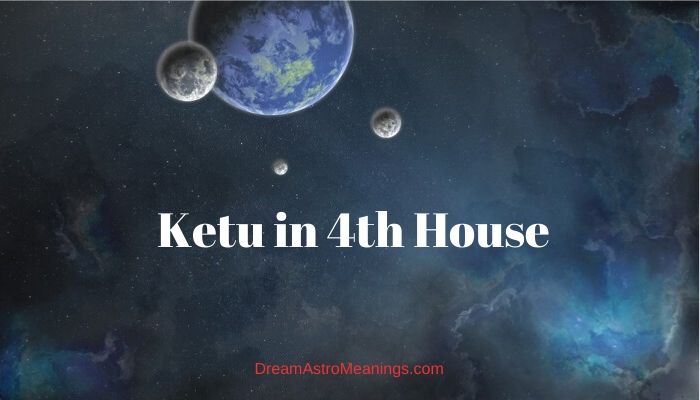 Almost eight thousand years ago, Vedic sages have believed that the birth of an individual, whose lifespan is limited, was located within the Eternity, in totality of the universal consciousness.

In this point, all of our past, presence and future are contained, in their entirety.

Some of the first Hindu astrologers have claimed that all events that take part are a part of a mechanism, a universal clock, if you wish.

We all could do that, by perceiving our own being, our existence in its totality, we could perceive the destiny, the time that is coming.

By knowing ourselves, we light up our way and chase away shadows that apparently exist in us. Hindu astrology is called Jyotish, which refers to the terms of light, sight and eyes.

Jyotish claims that what we experience in our current state is a consequence of previous actions. Things that will happen in future could partially be changed by the activity in our current life.

Many argue about whether this karmic approach means that everything was predestined and impossible to change or not. Most of astrologers agree that, through free will, we could affect things, even if they were predestined.

Jyotish has three branches of study. The first is about global phenomena, such as economy, wars, agriculture etc. the second is about the origins and the structure of the cosmos. The third is the study related to individual people or organizations.

We speak about natal charts and the effect particular elements would have over the life of an individual.

Today, we dedicate our time to effects of the Lunar Nodes, when matching a particular zodiac house.

Lunar Nodes represent the key to understanding our lives as parts of an everlasting and ever flowing thread. Many astrologers believe that Lunar Nodes are far more important than the rest of the horoscope.

To an astrological expert, information on the positions of the Sun, the Moon and the nodes could reveal the path, which our soul walks on in the current incarnation.

The rest of the horoscope offers additional information that should help us in making our life journey.

Through astrological nodes, Western astrology is able to connect its spiritual path with Hindu concept of reincarnation. Nodes represent causes and consequences manifested in our lives; we lead our lives according to these.

Rahu is the North Node, representing what should we become, but also responsible for beating our head against the wall, in a way. The South Node, Ketu, represents what we currently are, with our entire load from previous incarnations. In addition, it represents our ancestry, skills and talents inherited. These terms originally come from Hindu mythology.

According to the myth, king of Serpents, the demon Serpent wanted to steal the elixir of immortality from gods and so he did it. Vishnu, the Creator, cut the serpent or the dragon in two.

However, since the creature was already immortal, his two parts continued to exist.

These were Rahu, the head, and Ketu, the tail. They chase the Sun and the Moon, wanting to devour it, vengeful.

Astronomically, these two are the points of intersection of the celestial paths of the two luminaries, the Sun and the Moon. This figurative devouring happens for real and we see it as solar and lunar eclipses.

These two points are crucial in astrological readings. We shall see how they affect one’s life, how the nodes define a native’s karmic path.

The effects of these combinations have generated the current one, in a way.

Here, in this point, this South Node, eons of one soul’s self-development are rooted. The deepest traces of models of behavior are rooted within the South Node.

Not many things an individual could do so to change the energy of all those learnt and acquired models of behavior and habits. Therefore, we rely on such models and find hard to resist them, even if those were not particularly useful or good.

The South Node, Ketu, is kind of a comfort zone; safe, known ground we could thread on. It is an easier way than to change something. Its energy is kind of ambiguous.

Some people experience the effect of the South Node as limiting, as constant reliance on the past could, indeed, lead to stagnation and prevent one from progress and growth.

Other people ‘use’ it as a factor that only leads them to successes and development in the current life. In any case, the South Node always represents our weakness; it is the weakest point in our horoscopes.

It represents traces we have left behind. Regardless of the path we thread on, the trace of the South Node leads towards the karmic inheritance of the past. In our lives, we head on to the future, without thinking about the past, until reminiscences of it pop up in our way.

However, exactly these reminiscences drive us back into old karmic habits and seduce us to use the line of the least effort.

The thing is that the most negative traits come out these old habits. Too many times the past itself have us confused and lost within some strange kind of enchanting curiosity about it.

The native forgets about the purpose of it and so he or she gets stuck within the old models of behavior.  We have to use these models in order to overcome our karmic burden.

The fourth astrological field is associated with family, birth, with ancestors, parental influence, familial atmosphere, protection, stability, security and generally with aspects of family life. It also has to do with properties, with heritage and inheritance.

The Fourth House is associated with hidden things and with grounds of existence. It is interesting to note that this field is said to represent the beginning and the end of all things.

The Fourth House, of course, has much to do with one’s attitude towards everything mentioned above. It is about the way we deal with family relations, our attitude towards the concept of family, towards our ancestors, our country, history and the tradition.

It also represents hidden values and treasures that cannot be seen by looking only at the surface. This is an angular and a Water house and analog with the sign of Cancer.

Ketu in the Fourth House – Ketu in 4th House

The South Node in the Fourth House comes with the North Node in the tenth field or the other way around, as you wish. Let us see what does this combination reveal and what is its karmic lesson.

A person with such Lunar Nodes’ position realizes that the family takes up too much time, more than necessary.

The native feels restrained, limited, banned from expressing its individuality openly. The fact is that the native enters this incarnation with a load of karmic debt towards the family.

The problem comes from previous incarnations, in which the native ignored others, neglecting and taking for granted the feeding hands, those of the closest, nurturing ones.

The lesson the native should learn in the current life is how to become its own nurturing hands. The situation manifests in different ways. The native, for example, blames others for being unthankful and spoiled (the partner, the kids, close people).

However, he or she keeps doing everything for those people, in hope of overcoming the tremendous karmic debt, in order to overgrow it.

At times, this burden becomes so heavy that the native has to fight against itself, trying to maintain the sense of dissatisfaction towards others’ behavior. A woman with this position of Lunar Nodes is likely to have troubles with at least one of her kids.

She would have to invest a lot of time, effort, energy and worry into her relationship with her child, so to learn about the responsibilities of parenthood on a deeper level.

The partner of this native is usually someone without a firm personality or someone very distant and lost in other worlds, which is needed in order to accentuate the karmic lesson.

Thus, the native becomes everything to the partner and plays the role of a parent. The native becomes both the mother and the father within the family. This person feels the need to break free, to separate and to be independent.

However, emotions always circle within the family and the native is bound. Reminiscence of limitations that the native has created in previous incarnations do not allow for freedom.

All the energy is wasted on efforts to resolve the net of complicated relations the native now sees all around. There could be many conflicts within the family, possibly relating property and financial matters in general.

This person has hard times dealing with family issues and often ends up feeling miserable, desperate and hopeless. Sometimes, needs of his or her family are much bigger than it was expected or imagined.

The problem is that this native, despite the ability to develop strong awareness about the world he or she lives in, remains very naïve and childish when it comes to emotional bonds with people who are the closest.

However, the native tries to play the role of the one responsible for all, the one who has to take care about everything et cetera.

Some people with such nodes become the only provider within the family; others take up the role of a supervisor.

This native struggles on the inside; the conflict arises between the part that feels as if it has to do everything for others and the part that wants to break free from it all. Needs of the family against personal needs, which is the ongoing conflict.

In addition, all kinds of situations make this person act childishly; he or she does not know what to do with emotions regarding family.

The native has to do everything he or she could, in order to overcome familial disharmony.

Once the native realizes the essence of family needs, he or she could grow and develop as an individual.

Although it appears as if this person was in control of everything it is far from true. The family manipulates the native, consciously or completely unaware of it. Once the native turns to the energy of the North Node, he or she would be able to take up a dominant role.

The native has to learn how to put the personal needs on top of those family needs that make him or her stretched, disoriented, unfocused.

The native tries to break free by different mechanisms. Paradoxically, a person with Ketu in the Fourth House often escapes one family and starts another, until each person he or she meets and falls in love with becomes a part of some kind of a pseudo universal family.

In later years of life, this native would feel truly happy if he or she could offer shelter and comfort to others.

Slowly, this native could move away from the emotional immaturity, thanks to advises of many people he or she meets along the way.

The sign in which the South Node stands tells about ways in which the native allows and tolerates others’ immaturity, but also about the tolerance of their own immaturity.

The North Node indicates ways in which the native could mature and overcome limitations from previous incarnations.