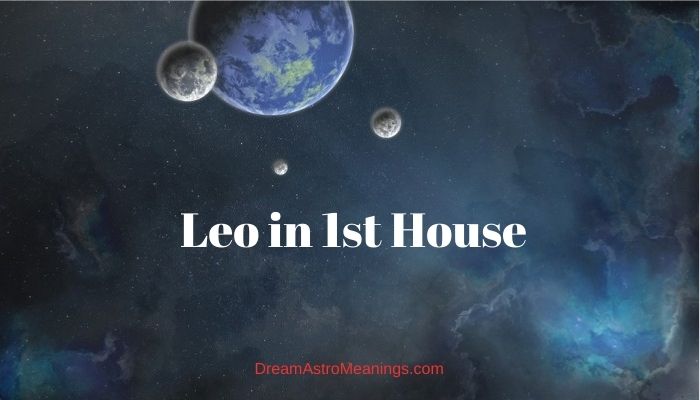 Lions are very independent but they also need someone to control and admire and appreciate them. They are fully capable of achieving great success on their own, but they are much happier if they have an audience and supporters who respect them. They prefer to be in company than alone.

People are attracted by their passion for life and their warm spirit. They have the ability to encourage people in difficult times. Their enthusiasm attracts people.

Lions are always surrounded by people, not only because they like it that way, but also because people always naturally gravitate around them. It’s hard not to love Leo.

They are usually quite balanced and realistic. They never think too much about the past and think of such people as weirdos.

Some Lions may be too preoccupied with themselves, but never so much as not to help someone in need.

They like to pamper their friends and treat them well. There is no better friend than Leo. They are rarely resentful and very easy to forgive. They respect and understand people’s differences.

They are full of drama, passion and extravagance and this is reflected in their careers as well. They make an impression, make a difference and make things move harmoniously. They know how to “iron out” problems before they even appear.

If the job fails, for them it is as if they have failed and are trying extremely hard to avoid failure. Leo is the most extravagant of all the signs of the zodiac. They know what is excessive, but they will always surround themselves with luxury as much as possible. They never shoot for the second prize, they are only interested in the best.

The symbol of the Lion is of course the lion, and he describes it very well. They have a kingdom that they guard and take care of. They are highly valued, respected and dedicated to themselves.

That kingdom can be anything: from work, through home, to a loved one.

The lion is always in the center of attention and full of talents that he likes to show. Leo always announces his presence in some way. They are full of energy that acts like a magnet on other people. They are attracted by their wit, charm and what they have to say, because Lions like to talk about grandiose and very interesting things.

They always shoot high and look for only the best. In that luxury, they sometimes exaggerate and acquire bad habits that involve excessive spending, but they know how to justify it with their magnificence.

For lions, public image is extremely important, and the luxury with which they surround themselves and that way of life are one of the ways to improve it. He will do anything to protect his reputation. Lions are very generous, gentle and open people.

If Leo is angry, he will retaliate strongly, but after that he will not be sneered because he is not that type. He easily forgives, easily forgets and continues on with his life.

Lions always strive to correct injustice, they also possess tribal emotions and they need to feel that they have achieved something at the end of the day.

They are in love with love, they need to have someone who is in love with them as a narcissistic reflection and confirm their energy to focus attention on themselves.

This occurs from a very solar place, generating a very strong magnetic field around it.

They seek admiration and he summons around them those who are going to stimulate them to know themselves, they look a lot in the mirror looking for their self-image, as if they were in love with themselves and the reference of the other is how they see themselves. Life is a path of self-discovery.

Fate will bring you the possibilities to express your talents and gifts by discovering your deepest “self”.

They need to leave a work of themselves to perpetuate themselves (children), although sometimes they give the impression that they are learning to have children (Cancer at 12), their children do not have a shadow (dark sides) because they cannot see their own shadow and children are a reflection of themselves.

They have to incorporate the complementary opposite (House 7 in Aquarius) which is Aquarian energy, the other that comes to show them that they are not the only ones in the world.

Iranians (Aquarius energy) do not get hooked on the fascinating energy of the Leo Ascendant, they have a strongly free energy and that deeply attracts the Leo Ascendant even though they fight for power.

However, the challenge that Aquarius brings them is to get out of themselves a little and join the groups.

When the 1st house or Ascendant is in the sign of Leo, the native is energetic and very generous. He has a sense of great dignity, a lot of will and energy to give. To others he may appear arrogant.

Natives with the Ascendant in Leo tend to get into other people’s affairs without anyone asking their opinion, as they feel they should talk about what they want when they want.

He is constantly expressing himself to the world, he has a great will to show himself as a strong and self-sufficient person. If the Sun receives good aspects and does not have many afflictions, it will be sure of itself.

Otherwise there will be a very visible lack of self-esteem.

He has the qualities of a leader. He can tend to laziness and idleness. They are people who need to shine and have attention from others, they are always cheerful and love to show their vitality to others.

If you wish, you can request your Natal Chart and know your destination at an unbeatable price. He is proud, authoritative with others, very ambitious and sometimes vain. He has a strong character that does not go unnoticed by others, to this we add his protagonist spirit and it is the perfect combination to start a war.

People with a Leo rising are theatrical and exaggerated by nature. They are very creative, and although they are very insufferable at times, they are also honest and honest with others.

The gaze of these natives is very intense, their appearance is noticeable wherever they go. They command respect and have a rather significant air of dignity.

The Leo Ascendant has its Houses of the unconscious in the Water element: Scorpio in the 4th House, Pisces in the 8th, and Cancer in the 12th. These give it an unconscious register of hyper sensitivity, emotional depth, and great perception.

From the unconscious he has remained very close to the family, more to the mother => perception of a very dominant, suffocating mother that causes in the child a uterine consciousness of suffocation and very great aridity of nutrition.

The mother during pregnancy had problems with nutrition, or with affection, or with protection, both could have been over nourished in these aspects and lacked them, which caused her great insecurity and used them to draw attention to His person. This passes it on to the baby. There could also be changes in the family during the pregnancy.

All this Water energy that needs to be expressed in a (fixed) Fire energy causes the emotions to be channeled and exaggeratedly expressed.

Leo Ascendants hide a lot, especially their most intimate emotions, their dark aspects, their conflicts. They are spontaneously expressive, but that it generates conflict.

From a very young age they need to attract attention and in general life brings them as a destination to show themselves, to be seen. They tend to have striking, admirable, attractive bodies.

Perhaps to discover who they are and leave behind the record of a suffocating mother and an absent father who must be integrated (for his masculine, Apollonian energy)?

Although the mother was the strongest, the men in the family are the attractive, but also the weakest.

Leo Ascendants must become aware of their own power and authority (lacking a father figure to generate that record), they will look for people with very strong solar energies (Sun, Moon or Leo Ascendant). They want and seek to be successful in life, and very surely they will.

They are narcissists, but their narcissism is a necessity based on the lack of a strong sustained self, that is why they need to be continually highlighted, and in life they will attract the attention of others, as well as financial success. They come to live passionately and what they least bear is being ignored.

Throughout life they will look for fathers and mothers in their relationships to generate falls in love with what they could not live.

They attract people who will help them achieve success and get noticed. They have a very striking energy, in fact their destiny is to find and recognize their own power, their authority, being important, beyond the influence they exert on their environment.

They need to channel their emotions into actions that is why they are going to seek to relate to others, to bond from their charisma, from their natural seduction.

In this Ascendant infidelity usually occurs, to ratify the other who confronts him with his own mirror, or to corroborate his eternal magnetism.