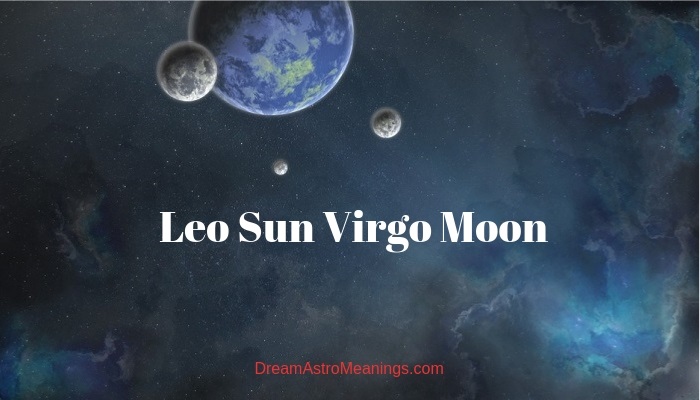 The first is the side of character most visible to the outside observers, while the latter is a side of us, we are only aware of and a small number of people we consider close and trustworthy.

They are often self-absorbed and have a high opinion of themselves and their value. They might also be prone to look at others from a perspective as being superior and better than them.

These people can be very selective about the choice of people they socialize with, and in some cases, they could be real snobs.

These people are very intelligent and usually very organized and precise. They don’t accept other people’s opinions and advice because they believe that they know everything best.

It is hard for them to follow orders because they always have a remark that something should be done in a better and more effective way.

The fact is that these people have a very analytical mind and have a great sense of details combined in a bigger picture.

That allows these people to see things which are not obvious to others. They are usually right, but in some cases, they criticize others just for the sake of criticizing.

That is one of their main traits; they are prone to criticizing other people and their behavior.

Their belief of knowing everything best and their set of rules and criteria how things should be done, makes them measure the behavior of others through these criteria. Any discrepancy in people’s behavior is prone to being criticized and judged by these people.

They are usually unaware of the pressure they put on other people with their behavior and that many of them consider them irritating and a pain in the neck.

Their tendency to judge others is one of their worst traits. It’s important to note that although they have the freedom to criticize others and tell others what they should do, they don’t allow anyone criticizing their behavior.

Their reaction to being criticized is usually anger and resentment. These people often believe that they are perfect and cannot accept the possibility that that fact isn’t true.

Another thing these people could be prone to doing is telling others how things should be done. They are unaware of the impact that behavior has on their relationships with people.

People usually don’t like to be told what to do, especially when that is done in a nagging and commanding manner like these people often have a custom of doing.

For the sake of their present and future relationships with people, and especially their personal relationships, it is advisable for them to reassess their behavior and attitude towards others.

If they realize that they have been overly judgmental and critical towards others and behaving almost bossy, that is a clear signal, they should be working on changing something in their attitude. It will transform all their relationships for the better.

That is easier said than done having in mind that they usually have an immense ego which has a difficulty accepting that they are doing something wrong.

Nevertheless, if they are persistent enough, they will find a way to balance their need to criticize, as well as realize and acknowledge their own mistakes.

They have many excellent traits. They are very organized, precise, detailed, and their actions and critics are usually motivated by a desire to correct something they consider is wrong or could be better. They don’t mean to offend anyone, but in many cases end up doing just that.

They have leadership skills, but they sometimes insist on way too many details and put a lot of pressure on their employees. They work best as individual workers, but they could be torn between their desire to be important and in the center of attention and their need to be useful and productive.

They don’t like being told what to do, and that is why they have issues with authorities.

The best scenario for these people to use the maximum of their abilities is to be given a responsible job with full autonomy of action. No doubt they will perform it in a perfect manner.

They are very responsible and reliable, and are usually good with money issues, although Leo might be pushing them to spend more than they should occasionally.

They are practical and usually don’t waste their time on unnecessary activities. They are punctual and perform all their tasks on time. They are excellent for reminding others about their choirs.

The good traits of people with sun in Leo and moon in Virgo:

The bad traits of people with sun in Leo and moon in Virgo:

People with Leo sun and Virgo moon are sometimes not easy to get along in a long-term relationship or marriage because of their character which is often difficult.

Namely, these people could be very critical towards their partners’ behavior and actions.

Their need for order and organization often makes them forget that their partners are individuals with the right to decide how they will do certain things.

They are prone to nagging about the tiniest details regarding their life together which often irritates their partners and is a cause for conflicts between them.

Their nature prone to criticizing could be responsible for jeopardizing their relationships so they could consider changing their behavior and becoming more tolerant of their partner’s behavior.

They are excellent for being in charge of the organizational part of the relationship. They never forget a date, or a choir that needs to be done, and they often remind their partners of things that concern solely them.

They have great attention to details and make sure they don’t miss anything. They are very practical in their approach towards dealing with important relationship matters.

They are also good with finances, and make sure their partners don’t become overwhelmed with spending money on things they don’t need.

Their partners love their responsibility and sense of duty because it often saves them from the need to deal with the issues which bother them.

These people are very tidy and desire their home to be spotless. They also have an impeccable personal style and hygiene.

They don’t tolerate their partner’s or spouse’s sloppiness or messiness. They often consider that one of the greatest deal-breakers in a relationship.

They are passionate but need time to relax to be able to enjoy with their partners. They desire their partner to be reliable and someone they could trust.

They are very independent and capable of living on their own if they don’t find someone who can fit their standards at least more than 50%. It is not that these people are not willing to compromise.

They usually change in time and realize that in order for a relationship to last, they need to make a lot of exceptions and be more tolerant. Their partners sure tolerate them.

They are good parents but can be overprotective and too demanding towards their children.

They often suffer from perfectionism and they desire their children to be perfect which can put unnecessary pressure on their kids.

For their good and for the good of the people around them, especially their loved ones, these people should learn to relax and stop controlling everything and everyone. When they do that, they will soon realize how their life has changed for the better.

The best match for a Leo sun and Virgo moon is usually an earth or water sign.

They need a partner who is tolerant and patient, and would be able to put up with their character and controlling attitude.

Their partner needs to be tolerant of their criticism and judgmental behavior.

Fire and air signs usually don’t have that kind of patience and for this relationship to work out they need to have some earth or water element in their natal charts.

These people also have a high opinion of themselves and their value. They often consider themselves better than others.

They could also be prone to believing that they know everything best which makes them entitled to give advice to other people on how to behave and what to do.

Their attitude could be very irritating to most people and they often experience conflicts with others because they are prone to criticizing and judging their behavior and actions.

On the other side, they have a problem with being criticized by someone because they cannot accept the fact that they could be doing anything wrong.

Oftentimes, these people consider themselves perfect and that is why anyone’s comment about their potential mistake could drive these people crazy. They are very tidy and almost obsessively clean.

Their tendency towards criticizing also refers to their spouses and partners.

They have their own standards and set of rules they expect others to follow, especially the ones that share a roof with them.

They need to stop trying to control people and situations, and become more tolerant and respectful towards others and don’t try to change them to please them.