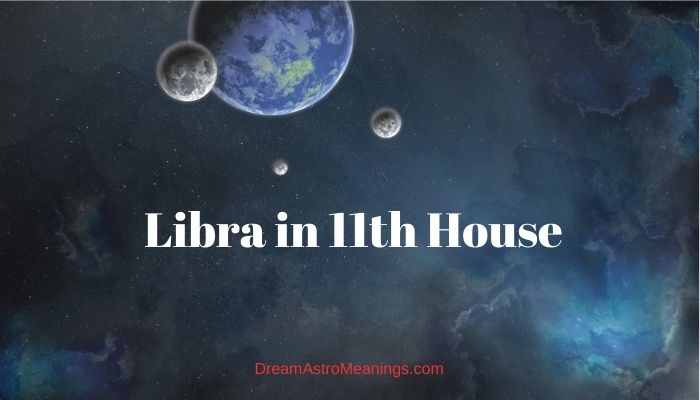 Highly developed social and worldly activity based on the search for balance and respect for legality.

An index of early marriage and advantageous if there are no negative aspects that affect the House.

Indicates a partner with refined taste and artistic sense. Harmony in married life. Collaborations and legal affairs play an important and profitable role in social life. Few enmities and not dangerous.

His downside is that he doesn’t have too much tact. As a result of overwork, he may suffer from exhaustion and depression, so in such situations the advice is to control the heart, blood pressure, digestive organs, and insomnia may occur. As a wife, it is difficult to please him even though he respects tradition and values ​​marriage.

Charming, elegant and classy in demeanor, very sociable, of normal physical constitution of changeable nature, a perfect wife, and mother, housewife who likes to be courted and showered with compliments.

Always well-groomed, flawlessly made up with a neat hairstyle. Sensitive mood often mentally unstable, has a need to rest a lot. May have a predisposition to all kinds of infections, chronic anemia, and varicose veins.

These are beautiful cute and charming children who are constantly looking for harmony, tenderness and attention. They are socially sensitive and have a sense of justice as well as a sense of connecting people.

It is important for them to learn early on how to gain self-confidence because otherwise they can be quite vulnerable. they are the best in doing business with the public, in professions related to culture, beauty and art: modeling, design, fashion, fashion photography, costume design, scenography, cosmetics, music, journalism, diplomacy, finance, and as traders they can be good if they deal by selling luxury goods.

Extremely charming, refined and kind, they can achieve senior positions in diplomacy and the Ministry of Foreign Affairs.

Indecisive, she doesn’t know what to do later with her many fans. He never refuses definitively, but he also does not give specific consent to anyone.

If she wins the one she chose, you continue and with a coquetry that confuses many.

It should not be criticized, because, as we have already emphasized, it is a necessary part of this self-pleasing nature.

And besides, Libra is usually faithful. Only if Venus has difficult aspects can they ground their “airy” seduction and become promiscuous.

However, Venus represents Eros, and Mars – the original passion.

They weigh too much, that is, they weigh in the constant striving to find perfect love, so it is not a rare case that they lose great, maybe even life’s loves due to indecision.

Due to the impossibility to more or less define their own feelings, they often confuse love and friendship.

These emotional and amorous natures still don’t suffer much for old loves. They do not easily lose enthusiasm when it comes to new conquests, because they rarely experience the true depth of the final end of a love affair.

Libra is not an overly stable mental and physical constitution. Their weak points are their kidneys, skin, glands, as well as their tendency to depression or other psychological problems.

Libra is not very resistant, their health depends on the mood and balance of emotions and body.

In anatomy Libra rules the kidneys, lower back, adrenal glands and appendix.

The kidneys and urinary tract are the most sensitive. They can also suffer from chronic anemia with varicose veins.

For them, life next to the forest and water is especially good. Libra knows how to effectively take care of their health and is happy to undergo massage, diet, sauna, and that is the best way to stay in shape longer.

As Libra is subject to fashion trends, it is more common in them compared to other signs of bulimia and anorexia.

Cigarettes, spirits and heavy foods, pepper, black coffee, chocolate, white sugar should be avoided, and sea or Himalayan salt, honey instead of sugar, olive oil, chicken, trout, veal should be consumed instead of industrial salt.

Urological tea and consuming a lot of fluids: juices, plain water and other teas needed due to sensitivity to urological problems.

it can be recognized at first sight, most often tall elegant for which women turn on the road, very kind, sociable who does not like loneliness and wants to make the most of life. With a balanced character of sanguine temperament, he is a great charmer with an irresistible smile.

It is the first house above the horizon and indicates the beginning of the sectors of life influenced by conscious will.

It represents marriage, associations and the mental attitude towards them, the agreement or disagreement with the partner or partner, luck in activities related to contracts and associations.

While House V represents loves, House 11th indicates legal unions (and concubine) and expresses the desire (or its absence) for solid and lasting relationships.

Opposite to House I, which represents the subject, it is related to what is opposite to it: the enemies, the opponents, the outside world, the spouse who is sometimes partner and opponent (because it tends to come together to balance the two polarities of creation).

To judge marriage, it is also necessary to look at the general significates relating to the sex of the subject: Sun and Mars (for the woman), Moon and Venus (for the man), the master of House 11th, the planets in House 11th and the Sign of Weight scale.

Two marriages are possible when the Sun (for the woman) and the Moon (for the man) or the master of the 11th are in double Signs or if there are many planets in the House. The passage of Jupiter (expressing legality) on the Descendant must be checked for marriage.

Afflicted Saturn causes celibacy, widowhood, and hinders (or greatly delays) marriage. Uranus or the master of 11th afflicted with the Sun (for the woman) and the Moon (for the man) causes divorce. Neptune expresses an illusion, a fraud or an escape. Venus in sterile sign afflicted by Saturn in the falling house hinders marriage.

Many planets in House 11th are inclined to public life, social success and facilitate contact with others and exchanges of all kinds. Politicians have especially highlighted this area. Co-significant: Libra

They love music, art and harmony, and money is a means for them to achieve a comfortable life. They don’t like conflict situations, but they’re great when they need to be ironed out, because they’re diplomats after all. They love expensive and beautiful things, works of art, antiques, but because of eternal weighing, they often fail to buy what they like.

The scales take care that their home is decorated in an elegant style with a lot of light, and the home is usually always near the neighborhood almost never alone. Both the home and their car should be elegant, preferably a sports two-seater with a large mirror.

As parents, she will guide her children towards the right values, and she will rely on the Libra parent to resolve their quarrels and disagreements.

Libra loves sports, especially the one that is played in pairs, so fencing and tennis are ideal for them, they can also be found as riders, karate masters.

Libra is considered to be one of the most sensual and seductive signs of the Zodiac enjoying love they are very charming in conquering.

In order to keep one Libra, you need to constantly seduce her with a lot of style and try to look attractive.

The specificity of Libra is that they have a constant need for courtship and entertainment.

In signs of water, we want an emotional and sentimental union. In signs of Air we want an intellectual, complicit, friendly union.

In Fire Signs we want a union in which the exchange is of an evolutionary, spiritual type, or in any case that allows for growth.

Obviously what we want is completely unconscious in the first relationships and we will be able to realize it maybe after they are over.

In fact, house 11th shows what we project of ourselves onto the other and, consequently, we attract the type of person who corresponds to this projection.

House 11th is the reflection of a part of our being (complementary to our expressed and conscious part), which is sought outside of itself, when it remains internalized.

It is also a reminder of the collective unconscious that dates back to about six million years ago, when men lived in harmony, in pairs of soul mates.