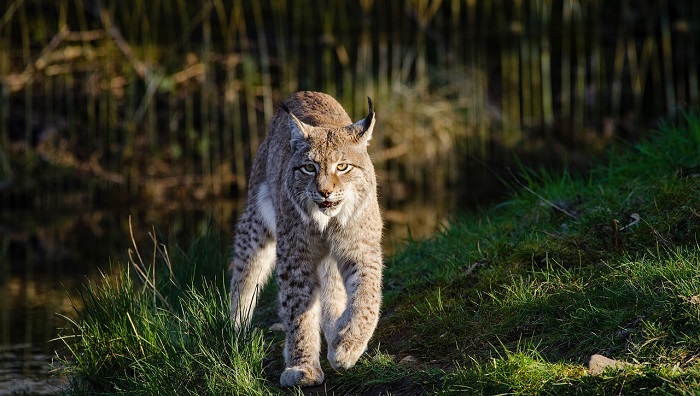 Lynx is a solitary wild cat, living in the forest areas of Europe, Asia and North America. These animals are very stealthy and usually hunt at night. They also have excellent eyesight and hearing. They avoid humans and can rarely be seen.

These cats have beautiful fur which humans find attractive, so they hunt them for it.

The lynx is a very powerful totem animal. It could teach you about the secrets of spirituality and the ways to use them in your life.

What does the Lynx Symbolize?

The lynx totem animal reminds us that all secrets will eventually be revealed. It also teaches us to think things through before we act or say something.

The Meanings of Lynx as a Spirit Animal

Instinct. The lynx has highly evolved instincts. This totem animal teaches you of the importance of relying on your gut feelings. If you need to deal with some issues, or you need some answers, or you need to make some important decisions or changes in your life and you don’t know where to start, the best advice is to ask your inner being for the answers you seek.

Trust your instincts because they are your best allies.

Secrets. The Lynx is an animal which can rarely bee seen. It is very secretive and as a totem animal it teaches you of the need to sometimes lay low and not to expose yourself too much in public or not to reveal more than you need about yourself to others, especially about your private matters.

This totem animal also indicates that you have these traits already, that you are secretive and prefer to keep your personal matters to yourself. 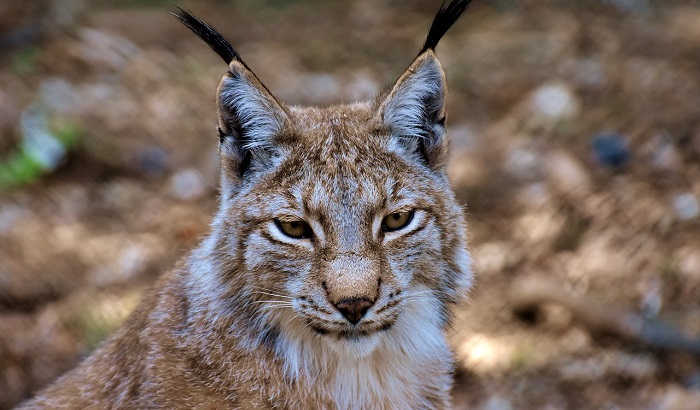 Intuition. The lynx is also a very intuitive animal. As a spirit animal it teaches the lesson of using your intuition to discover the motives of other people, as well as their thoughts, feelings and intentions about you or towards you. With the lynx as your totem, you are most likely someone who reads well other people’s energy and you know all about them just by seeing them.

You feel the energy that every living being emits and you intuitively feel if it is good or bad.

This is a fortunate ability because you instantly know who you are dealing with, which helps you discover whether someone is lying to you or telling the truth.

It also helps you protect yourself against other people’s attack and bad intentions.

Clairvoyance and clairsentience. The lynx as your spirit animal gives you the ability of clairvoyance and discovering secrets. You simply know things about others and you sometimes see pictures about them and their secrets. You sometimes see things that happen later in the future. These are not things to be worried about. These truths could be revealed to you also through sounds and noises in the ears.

With the lynx as your totem animal the truth will somehow find its way to you.

Trustworthiness. The lynx totem animal is teaching us of the importance of being trustworthy and keeping our promises. You need to keep your reputation of a person who tells the truth and sticks to its words. With the lynx spirit animal guiding you, you probably instill confidence in others and they freely reveal their secrets and private matters to you trusting that you won’t reveal them to others.

Attentiveness and listening. The Lynx totem animal reminds you of the importance to pay attention and listen to what others have to say. Don’t rush with your answers, think before you speak, and you will never say anything unwanted or anything which will make you regret your words later.

The ability to listen and be attentive will help you decipher lies from truth and discover the true intention behind someone’s words.

Caution. The lynx is a very cautious. As a totem animal it teaches you of the need to be cautious and be aware of your surroundings and things going on, so you can prevent potential danger and protect yourself.

This totem animal is also teaching you to control your reactions and don’t act hastily.

Solitude and isolation. Lynx is a solitary animal. These spirit animals teach us the need to retreat from the world to contemplate about ourselves and our lives or simply relax. This totem animal might indicate that you are a loner by nature.

Independence. The lynx is very independent and that is what is teaching you to be. With the lynx as your totem animal, you most likely are very independent and you enjoy being by yourself and doing your own things. You feel happy being on your on and not having anyone to tell you what you should or shouldn’t do or approving or disapproving your actions.

Playfulness. The lynx spirit animal is teaching us about the gift of being playful and enjoying the small things in life, as well as socializing with others and having fun around other people. You are probably a loner by nature, but you are also friendly and fun to be around. You also don’t need others to have fun.

Patience. The lynx totem animal gives you the ability to be patient and you most likely are a very patient person. You don’t mind waiting for the right moment to act, and never act out of haste or impulsively.

Seduction. The lynx has incredible eyesight. With the lynx as your totem animal you most likely have outstanding eyes which seduce and hypnotize others. This might also indicate that you have a seductive personality and could use that for personal advantage and accomplishing your desires, possibly even manipulating others for that.

Peace and tranquility. The lynx gives you the quality of being peaceful and tranquil person. You don’t rush things, you allow them to flow to you.

Confidence and self – centered. The lynx totem animal gives you the gift of confidence, but if it trait is extreme, you might become self-absorbed and selfish, thinking only about yourself or annoying others with your attitude of knowing everything best.

The unseen. The lynx is giving us the ability to connect to the otherworldly realms and encounter the unseen forces of the Universe, such as spirts and angels. You might also have a gift of reading auras and energies.

Lynx as Your Totem Animal

If the lynx is your spirit animal, you are most likely a very compassionate person and you enjoy taking care of others. You are most likely very patient and don’t rush into things, instead waiting for the right moment and circumstances to act.

With the lynx as your totem animal you are a trustworthy person, and people enjoy your confidence, revealing you their most personal secrets without fear of being exposed.

You also have the ability to read other people’s thoughts, intentions and feelings, which might scare them or make them feel uncomfortable.

Your intuition is also very developed, and you know instinctively what to do in certain situations and whom to trust. You are most likely a person who always relies on your inner guidance.

If the lynx is your totem animal, you are most likely a loner or enjoy spending time by yourself. That gives you the opportunity to think about yourself, your life, actions, past decisions and changes you have undergone, as well as about your plans and goals for the future.

Sometimes, by contemplating on your own you connect to your inner being and realize the truth about many things.

You also like the company of others and enjoying doing fun and playful activities.

You are usually a very independent person and you maybe have the tendency to think that you are always right. You can also be very direct and honest in your approach towards others.

What if the Lynx Appears in Your Life?

When the lynx spirit animal appears in your life, it could indicate something not being as it seems. It calls you to use your intuitive insights to discern the truth about some matters, or the real circumstances in some situation.

This totem animal is often informing you about someone deceiving you or being deceived by someone. Sometimes it reveals to you that you have been deceiving yourself about some situation or some person.

The lynx in your life could be reminding you to socialize more or to be more playful. It might also be a reminder about some changes you need to make in your life or get rid of some bad habits or beliefs.

It could also be an announcement of some good things coming into your life, which might be a new romantic relationship. It is asking you to be patient but also attentive, so you don’t miss the opportunity for love.

When to call on Lynx?

Call on Lynx spirit animal when:

Dreams about Lynx – Interpretation and Meaning

If the lynx appeared in your dream, it might be an indication that there are some hidden matters you need to discover. Maybe someone has been deceiving you and you weren’t able to see through that. Maybe you need some clarification in some situation.

This dream often indicates deceit and betrayal by close people and friends. It might also indicate having some fake friends and being flattered by them so they could take advantage of you.

When the lynx appears in your dream, try to figure out who your real friends are, and who are the ones you cannot trust. Use your intuition to give you the right answers about that.

A dream about lynx could symbolize jealousy, gossip and intrigues, as well as jeopardized reputation by false rumors.

Killing a lynx in a dream is a good sing, indicating luck and success, as well as defeating enemies.

If you dreamed about a lynx running away from you, that is also a good sign, indicating success. If you were attacked by a lynx, that is a bad sign, possibly indicating disappointments in close friends.

If you dreamed of being a lynx that might indicate having conflicts with fierce opponents.