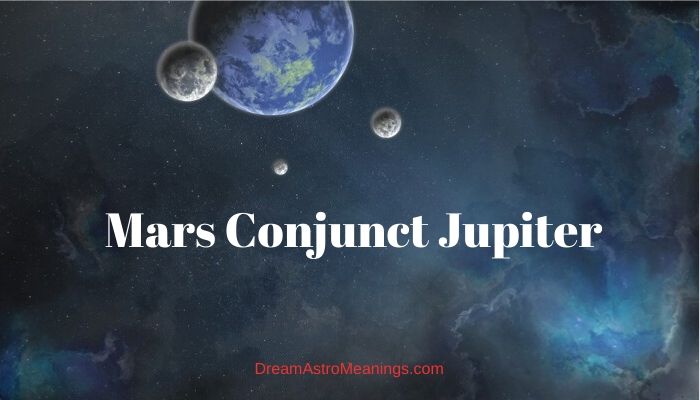 Astrology is very likely the oldest ‘science’ that has ever existed. Archaeological and paleontological discoveries dating thousands of years back into the past suggest humankind has been practicing some kind of proto astrology long before it was systematized.

These markings curiously correspond to the Moon phases. This suggests that humans have known about our mysterious connection with that vast space we see in the sky above.

Nomadic tribes of prehistoric times would certainly use the stars and the sky as their navigation map. It was some kind of prehistoric GPS, one might say.

Astrology as an organized system dates back into Mesopotamian civilizations of the ancient era. The first horoscope probably dates back into the ancient Babylon, which is believed to have had many astrologers and stargazers. Astrology of the modern Western world is associated with old Persia.

Astrology was popular throughout the ancient world, including Greece and Rome, Egypt, Persia and more. Some other, different astrological systems and also majestic and very important ones have developed in China, Japan, on Tibet and in India.

These systems are of great influence in the latter traditions and also inevitably connected to other sciences and practices, such as medicine.

With taking such a position, the astrologer looks into the stars and interprets planetary motion as a treasury of information regarding human lives. Astrology was treated along with astronomy, back in the day.

During the Enlightenment period, astrology was separated from astronomy. Critics would say it was unreliable and not very scientific, despite its bold title, which translates into the ‘science of the stars’.

Astrology had its turbulent and its glorious, as well as its quiet periods, but the interest in this mysterious alternative science has never ceased.

When talking about synastry, we deal with comparative astrology or that of relations.

However, it is of the essential importance to learn about natal astrology, which forms a base for all further interpretations.

Natal astrology interprets the astrological destiny of an individual human being, which is based upon the postulate mentioned above.

As above, so below, that is the creed of astrological approach. Natal astrology reads natal or birth charts. We shall see how important this is for a synastry report. What are natal charts?

These are what we also call horoscopes. They represent planetary distribution over the sky at the time of your birth.

When you have in mind all we have mentioned in the previous paragraph, it becomes very clear that astrology reads planetary distribution as some kind of a personalized astrological identification card, but also something more.

It offers a deep insight into one as an individual. Natal chart tells about your personality traits, character and temperament.

Planets in your chart create specific connections, which are called aspects; zodiac signs also play a prominent role, as well as astrological houses. This schematic sky image is who you are and how you may become. People are wrong to think that natal chart predicts their destiny.

It is not a prediction or a divination, but a guidebook. Natal chart would tell about your best and your worst qualities, your tendencies, potentials, weak and strong points.

Before doing a synastry, the astrologer would look into natal charts of the people involved, because the synastry is based exactly on charts’ comparison.

Horoscope compatibility is possibly the most common and the most widely practiced type of astrological reading. It would definitely show up as the first on some web search.

Today, astrology or, at least, a basic and generic interpretation, is accessible to anyone. You could learn much about astrological compatibility, simply by reading articles and forums online.

However, if you want a more accurate and, above all else, personalized interpretation, it is best to consult an astrologer. Okay, but what does synastry offer and how it works?

Synastry is basically a comparison of two natal charts. Synastry could be done for various purposes, but people are generally interested into romantic matching.

Love compatibility or romantic synastry could tell much about the nature of a relationship.

Synastry report could be done for those who are already dating or who are even married, as well for potential lovers; people are sometime curious to know if someone they find attractive was the ‘right’ one.

Synastry would not exactly tell you that the other person is the right one or not. However, it would tell about the nature of your connection, about your strongest and your weakest meeting points, about your tendencies and potentials that have a good chance to develop in one particular relationship.

Astrological aspects are the most important part of astrological readings. They are to be found in each natal chart, but also between natal charts, as the case is with synastry.

Astrological aspects are contacts that planets make among themselves and that produce specific kind of energy. This energy would affect the relationship.

Planetary aspects could be defined as an energetic interplay. There are five major aspects, defined in very old times, by Claudius Ptolemy.

Aspects could be roughly divided into two groups: those of easy and those of heavy aspects. Easy or flowing aspects are those in which the energy flows freely and is very positive.

Heavy or challenging aspects present with tense energy, but they could also contribute to a relationship in their own way. A combination of aspects is what makes a relationship unique and interesting.

Only positive aspects are not the best, in fact. Of course, too many ‘bad’ aspects would do no good, either.

The aspect of conjunction is the strongest one in astrological readings. The conjunction represents extremely strong energy and attractions since the energies of both planets involved would grow stronger. Conjunctions intensify both energies. They conjoin and work together.

The energy of one conjunction will depend on the nature of planets that form this aspect. In simplified view, two malefic planets would produce negative energy.

Two benefic ones would present with the most positive energies of both planets, conjoined and flowing. However, two different planets could make it problematic.

The conjunction is always a strong one, but it should be viewed in light of other aspects that form a synastry and considering individual charts

The first thing that comes to one’s mind upon mentioning Mars, the Roman god of war, or Greek god Ares, are battles, wars, gladiator arena, threatening spears, helmets and combatant spirit in general.

True, this bloodthirsty deity is associated with all kinds of violence, fierceness, brutality, also with conflicts, arguments, vengeance, incredible courage and daring spirit.

The sound of armor clashing and roars of the battlefield were things that excited this fierce god the most, so no wonder Greeks were not much in favor with Ares.

However, Romans praised its counterpart Mars and celebrated this mighty god. Whatever the case may be, Mars in astrology is known as a serious and troublesome malefic.

It is said that Mars in a natal chart would strengthen a body part it matches by its position. Mars’ symbol is an arrow and the circle, the symbol that represents masculinity itself.

Everything that is of the body and carnal nature of a human being dominates in Mars. This planet brings intense feelings, impulsiveness, courage, aggressiveness and overall a fierce attitude.

Its influence could be productive, as well as it could be destructive. Mars is the one that moves towards action, one that would never let things come by chance.

It represents the most intense feelings, our passions, our hatred, our driving force as the animalistic in us.

Mars is associated with young, vital, strong and competitive men. It represents sharp object, warriors, but also healers, surgeons and related. In synastry, it is of extreme importance, since along with Venus, it is the one to tell about the chemistry, the desire and passion.

Jupiter was known as the god of justice, in ancient Roman tradition, a counterpart of the Greek god Zeus, the supreme god ruling from Olympus. He was the youngest son of the titan Cronus, known as Saturn, in Roman mythology.

Moreover, Jupiter was the one to have overthrown his father, who tried to east all his children exactly in fear of such unfortunate destiny.

In astrology, Jupiter is the planet of expansion, in contrast to restrictive Saturn. It is the most positive planet in astrological readings. Jupiter brings luck and fortune.

In synastry, it would affect the social element of a relationship, touching few other themes, being one of the social planets. We will see how it plays along the fiery Mars.

Mars conjunct Jupiter is a lucky combination in synastry!

In this one, Jupiter’s lightness and generally positive and easygoing approach would only inspire Mars’ energy to be even more energetic and active, in the most positive way.

The two of you are likely to share certain interests that involve physical activity of a sort, such as sports or travelling around or else.

Mars is easily turned on by Jupiter’s general casual approach to things, not to mention that everything Jupiter does would sound as an invitation of a more intimate sort to Mars.

Jupiter one usually does not do that on purpose, but would not complain. On the contrary, he or she would readily engage with Mars’ fiery nature.

This aspect is quite an optimistic one. Partners in this aspect tend to inspire the best in one another.

Mars, with its energetic, active and generally fierce attitude would fantastically correspond with Jupiter’s expansiveness and optimism.

These two are a true dream team and it is very likely you would find it easy to cooperate and have fun with one another.

Intimacy is extremely fiery in this one, passionate and active. Physical closeness is strong and easy, arousing and deeply stimulant. There is a lot of energy of the sort between you two!

There is only one risk concerning so much activity and expansion combined – you may know no limits, which could turn out destructive in the end. It is good to bear it in mind, no more.