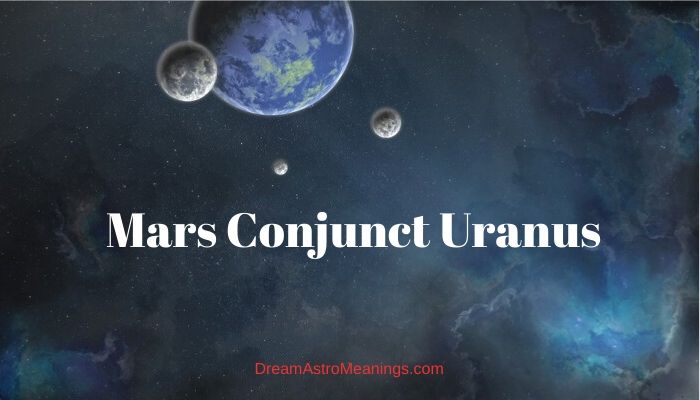 Pseudo science we know as astrology has been in use long before we designated it so. The term astrology originates from Greek, deriving from two words, astron, meaning ‘a star’ and logos, which means ‘science’ or ‘a word’.

Although we usually translate it as the ‘science of the stars’, perhaps even the happier translation would be a ‘language of the stars’.

It sounds more romantic, if nothing else. Astrology is, indeed, booth a science and a language, in this sense. Astrologers read the skies and unravel mysteries of the cosmic influence over human lives and overall earthly life.

Moreover, it seems that prehistoric tribes were familiar with this strange and mysterious connection. Certain diggings came up with some mammoth bones marked by sharp objects in a peculiar way.

Careful analysis of these markings proved they correspond with Moon phases, suggesting that early humans have known about the importance of the Moon in relation to our own home, the planet earth. Of course, today we know for certain how the moon affects our lives.

We could daresay that early humans practiced some kind of proto astrology. They would use sky as a navigation map, for instance. Organized astrology is, however, associated with ancient civilizations of Mesopotamia, of Babylon as a cradle of horoscope, with Egypt, Greece, Rome and else.

Other astrological systems have developed in other parts of the world, as well. To name a few, Chinese, Hindu, Tibetan and Japanese astrological systems, were amongst the most prominent ones. Western astrology, one we know today, is associated with Persia. This old starry science has been much praised until the age of the Enlightenment.

In older times, it was believed that we are ruled by destiny and that what has been written in the stars cannot be changed.

Today, the situation is different. In modern astrology, it is believed that we definitely rule our destiny, although there were certain inevitable moments.

Moreover, our own destiny has been written in the stars, but not as a book of rules, but as a set of potentials and a precious celestial guidebook. Let us see into it.

In this article, we will be focusing on astrology of compatibility; synastry reports, in particular.

Natal charts are astrological identification cards, in a way. They are graphic representations of the sky, the solar system, as seen at a particular moment in time. Natal chart is based upon one specific moment, a person’s birthday.

Date of birth, place and the exact time would be sufficient for an astrologer to create a natal chart report and to interpret it for you.

Astrology claims macrocosm reflects in the microcosm. Taken so, a natal chart actually represents this postulate.

Position of the planets reflect on your life and, in fact, form your personality, character, your temperament. The planets decide upon your destiny.

Natal chart points out major events in your life, but the destiny we talk about is not something immutable.

While the position of planets and characteristics of the connections and influences elements of an astrological chart make, when observed isolated, are unchangeable and fixed, the key is your activity.

You decide what to do with information provided by a natal chart report. This is important for synastry, as well.

Natal chart reading is important for synastry. Before comparing charts and analyzing the connections between them, the astrologer has to look into each chart, isolated from the other one.

This is very important because only them would the astrologer know how properly to interpret the connection. Each person plays a role in a relationship, obviously.

That said, we could trust a synastry report to offer a valuable insight into the potential of one relationship.

This reading is not a prediction. For example, some people would freak out if synastry presents with bad elements and they would never enter a relationship.

Others would be happy to see good ones and they would act foolishly and end up disappointed, blaming the inaccurate synastry report.

You have carefully to see into your synastry and consciously access the information offered.

Astrological aspects would make the greatest part of a synastry report. Aspects represent specific contacts that planets make among themselves.

Talking about synastry, these were contacts between planets from both charts.

Aspects are distances or angles in which planetary energies interact, one way or another. The energies could be flowing or tense.

Five major aspects include the conjunction, the opposition, the square, the trine and the sextile. Each of these aspect presents with specific nature and energy. They are roughly divided into two groups; some are considered easy and others heavy.

Easy aspects, which are the trine and the sextile, allow energies to flow and make a harmonious vibe in a relationship.

Heavy aspects confront energies and build up tension. They could be threatening and destructive, but not always. Remember, all aspects interact and all make your relationship unique.

Some of them are difficult to overcome, while some other challenging aspects could only make things more lively and dynamic. It depends on overall synastry and individuals’ natal chart.

You may have noticed that we did not mention conjunctions in any of the groups.

This is because the conjunction could be both. Its energy is ambiguous, though, at the same time, the most powerful of all energies.

In this aspect, planets are extremely close or completely matching their places. This gives conjoined, united and intensified energy.

Planets in the same sign are also considered positive, when conjunct. Planets in different signs are thought to be problematic.

If one planet was a malefic and the other one a benefic, it requires experience and effort to make use of it.

Whatever a particular case may be, conjunction is powerful. In synastry, it would definitely affect the relationship, but we have to consider all aspects and especially partners’ natal charts, so to find out in which direction would the conjunction energy flow.

We will give an interesting example on Mars conjunct Uranus, in the following paragraphs.

Mars was the Roman god of warfare, associated with bloodshed, military, battlefields, and the sound of clashing spears, swords and armor. He was the counterpart of the Greek Ares.

While Greeks did not celebrate this god for obvious reasons, not wanting to invoke war and disaster, Romans were much more n favor with the mighty deity of war.

In astrology, Mars is associated with masculinity, fierceness, pure carnal desire, which is of the incredible importance when talking about synastry.

It is a malefic planet, one that brings conflict, competitiveness, awakens hatred and lust for vengeance, but also lust in carnal sense. With this planet, the bodily rules over human spirit.

This planet could present in different ways, depending on its position and aspects it forms with other planets. Mars makes us strong, courageous, it makes us dare doing things, sometimes without thinking through them.

It is our impulsiveness, our direct and active self, aggressive and fierce. It also puts us into trouble, but also allows us to withstand and heal.

Uranus was one of the primal gods in ancient mythologies, known as the first god of the sky.

After the initial chaos, Uranus introduced a new era, ruling newly established order. Uranus was father of the mighty titans and his rule ended by Saturn overthrowing him. Uranus represents the astrological beginning.

It is the first of transcendental planets, one that represents everything happening here and now, but gazing into the future.

In synastry, Uranus is associated with instability, with rebellious spirit that does not want to be caged and leashed.

The position and aspects of Uranus in synastry would play not an insignificant role, even though it is one of the distant planets and usually associated with things on a bigger plan. We will see how it manifests when conjunct with Mars.

This is a tricky and a turbulent aspect that could lead to incredibly well spent time together, in every sense possible, but also the one that cannot guarantee any steadiness and stability.

With rushing, impulsive and extremely active Mars and rebellious, freedom-seeking, visionary Uranus, things are always on the edge. Nothing here is expected or planned.

This relationship is exciting, both physically and mentally. It gives both of you thrills and energizes you.

However, this limitless energy between you could make one tired, in a peculiar way.

It usually the Mars partner who gets tired of chase, even though Mars people enjoy a good chase and happen to lose interest once the thing is accomplished and when they had enough to suit their needs.

In this case, the rebelliousness characteristic to Uranus could be too much for Mars. Mars would feel unaccomplished and the elusiveness of Uranus could in fact start annoy him or her.

This situation would very likely make your carnal connection even wilder, but it is unlikely it would ever become more of an incredibly exciting, fiery affair.