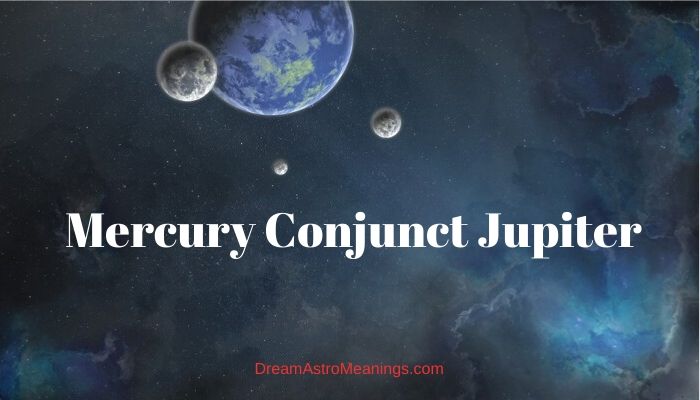 Far back into the past, during prehistoric times, a small group of nomadic hunters were looking up into the stars in order to navigate their path through the wilderness of the nature of the earth.

In these times, perhaps, astrology was already born or, more likely, it was something we could call proto astrology.

Astrology is as old as our civilization was old, that is, human civilization in general. Some historical and archaeological accounts suggest it was very active during the ancient era; in ancient Mesopotamian civilizations, in particular.

The oldest horoscope we know of comes from old and mighty Babylonian Empire.

No one could tell if astrology, as a systematic path, originates from Babylon or not, with one hundred percent assurance.

Astrology was widely practiced in the ancient world; modern, Western astrology, as we know it today, is primarily associated with ancient Persia. It is of great importance to mention other astrological systems.

Astrology was not an isolated phenomenon characteristic only to Mesopotamia, Egypt, Ancient Greece and Rome, but it has also been developing in China, India, on Tibet and in Japan.

Some other systems are associated with Mesoamerican cultures, but also with other traditions, systems of belief and even religion.

Western astrology has been popular throughout time and treated equally with astronomy, until the Age of Reason, the age of the Enlightenment.

In seventeenth century, scientific, rational world discarded astrology as inconsistent and unreliable. Since that time, astrology and astronomy have been strictly divided.

This opinion seems to have prevailed until our day. Today, astrology is considered an alternative path and a pseudo science.

Nevertheless, it is widespread and it has been gaining renewed interest during the previous century. The interest into astrology has been reborn and is growing.

According to astrology, macrocosm reflects in microcosm, that is, in the human individual.

Natal chart is a diagram that represents the image of the sky, as it has been frozen in time. In other word, the astrologer recreates a specific moment in time, by calculating planetary movement and transfers that moment onto the graphic chart.

The moment of interest in natal astrology is a person’s birthday.

Planets in your chart interact and create specific energies that all shape up your personality, character, temperament and decide some of the events in your life.

However, the most important thing is that it says about your potentials as an individual, in emotional, physical, social and all others senses.

Now, one could possibly wonder why we were talking about natal charts when our main subject is synastry, which is the astrology of a relationship.

Synastry is a comparative methods – it compares individual natal charts and reads their interplay. It interprets planetary interaction between two charts, in case of a romantic relation synastry.

This type of astrological comparison is the most common and wholeheartedly asked for.

People are curious to know if someone they have met were the right man or woman for them; they would like to know if they were compatible with that person.

Before the astrologer stars a synastry report, natal chart of both persons must be read thoroughly. In that way, the astrology ‘meets’ both individuals and them compares their unique natal charts so to realize how compatible they were.

Such comparison reveals the interplay of planets between two charts and tells about the energies generated.

Synastry will not predict what is going to happen with the two of you, but it reveals your strongest and your weakest points as a couple.

It tells about potentials you two have together, directing you towards the best solution for the complicated aspects and helping you enjoy even more in the happy ones.

Synastry report is mostly based on reading the aspects that planets from one chart create with those from the other.

There were five major aspects. Of these, some are flowing and others are heavy. Flowing or easy aspects, which were the trine and the sextile, would contribute to the manifestation of the best qualities in planetary energies.

Thus, a flowing aspect improves the connection, helps you two to find a common tongue, emotional connection, deeper attraction and affection on all levels.

Challenging or heavy aspects, which were squares and oppositions, may sound threatening, but they certainly play their role. Without them, the relationship would very likely become too static and non-dynamic, even though flowing aspects are themselves dynamic.

Nevertheless, everyone needs a bit of additional sparks, even if these were not perfectly positive in their core.

We have not mention this aspect above, since its nature is a bit different from those strictly flowing or heavy.

Conjunctions are aspects of a tricky energy, but also the strongest aspects in astrological readings. Conjunctions may play both parts, as energies of the planets involved both grow stronger than usual and they unite.

In the conjunction, energies are conjoined, regardless of the nature of the planet. This way, two ‘bad’ planets could give a flow of negative energy and vice versa, although this is a very simplified view and thus not entirely correct.

Planetary energies in the conjunction are extremely strong, since the planets match places or stand very close to one another.

The conjunction in synastry represents a strong bond, one of a kind, no matter what kind.

Sometimes it happens that planets become ‘confused’, because both energetic outputs were intensified. In any case, they work together and grow stronger. We will see this in the following example of Mercury conjunct Jupiter in a synastry report.

The most agile and the cleverest of all ancient gods, Mercury or Hermes was the messenger of gods. He was the patron of all the travelers, but also of tricksters.

Mercury was the god of transport commerce, communication, cleverness and skillfulness in general. This deity was associated with inventors, merchants, but also with thieves and all the witty tricksters.

Mercury was associated with youth and agility, usually portrayed as a handsome, agile young man with his lovely winged helmet and sandals. In astrology, Mercury carries much of its mythical attributes.

This planet is the closest to the mighty sun, so it has much to do with reason and rationality. Indeed, Mercury represents practical, logical, daily thinking.

This planet is associated with young people, children, travel, and communication in the widest sense possible and especially with verbal communication. Mercury represents news, information and being well informed about everything.

Its domain is the information itself; it represents primary education and practical mind. Mercury represents our pragmatic nature and our logic.

Well positioned Mercury would always improve our communication skills and our expressiveness and vice versa. This implies how important this planet was in synastry reports.

Jupiter in mythology and Astrology – Planets in Synastry

Jupiter became the ruler of all the heavens and earth, after sharing the realm with his two brothers. He was the god of justice, wisdom, morality, one that strengthens laws and order, one who gives power to the kings and human rulers.

Jupiter rules over divine and human laws, strengthens oaths and lead the world to harmony.

This planet is one of the social ones, in astrological sense. It represents expansion, luck and fortune. Jupiter is considered the luckiest of planets, a great benefactor of all. Jupiter is contrasted by Saturn’s restrictive nature.

Jupiter is associated with philosophy, religion, faith, morals, justice and overall belief in goodness in people and in this world. This planet inspires positive thinking and positive attitude towards life.

Jupiter is often considered a planet that brings fortune and high places. Its impact is in the domain of social life. If it forms strong aspects with personal planets, it will definitely play an obvious part in a natal chart.

In synastry, it would have to do with social aspects of the relationship, but also those concerning expansiveness, faith and else of the sort.

This is lovely ground for a romance full of understanding and mutual intellectual exchange, which, in turn, contributes greatly to your emotional bonds.

In this connection, partners understand one another very well and enjoy talking to one another, expanding their views and enriching their experiences. This is a lively and lovely connection.

Jupiter partner possesses the knowledge that would definitely inspire Mercury and its openness to expansion would be sparked up by Mercury’s enthusiastic, youthful and clever nature.

These two are very compatible! Mercury’s experience and Jupiter’s knowledge fulfill each other to the very best. This connection allows you to settle any possible arguments with reason, using your logic, but also relying on openness and generally an easygoing attitude.

You are open to one another and unafraid to express your thoughts and feelings. The most engaging themes, however, would be your beliefs, views on life et cetera.

Even if those were somehow different, you could come up with understanding and even willingness to adapt or change.

This aspect makes your communication easy and open. You become very optimistic about the relationship itself, but also about life in general.

This contact makes each one of you wake up with the smile your face, thinking about how wonderful the life is.

What is important, this happiness and joy do not come from dreams, but from reality, from your positive attitude towards life.

This is what Mercury and Jupiter, when conjunct, inspire in one another. One has to agree this is a promising contact. Moreover, it would help you settle any problems that may occur due to other, potentially harmful aspects.

This one allows you to understand your partner and to have tolerance. Compromises are acceptable and common in here.

This does not mean one forgets their own values and loses integrity or, worse, identity. This is not the case with this connection. It could only help one expand their own identity and grow a richer personality.

The key thing is that nothing is forced here; no change, no adaptation is forced and both planets are known for openness.

Mercury conjunct Jupiter makes you want to spend time with one another, talk about everything, with a focus on the subject mentioned.

It makes you want to travel around the world together and expand your views, widen your horizons. What is the best in here is that nothing of these things come in a rush.

There are no strict plans, either; everything seems to be natural and quite easygoing between the two of you.