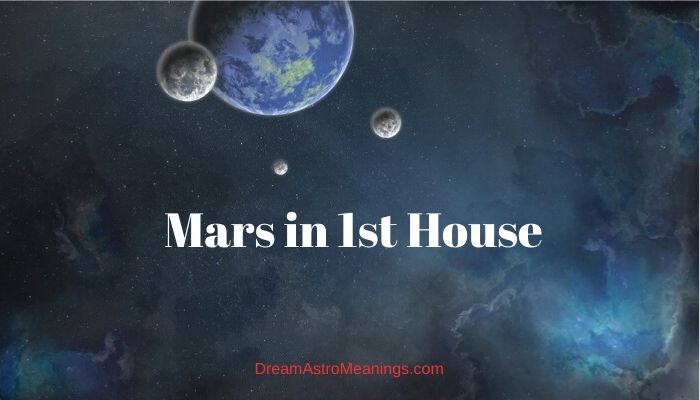 A skilled astrologer can give accurate predictions about many things, which requires a lot of knowledge and practice.

Basic astrology analyses involve the planets in signs and houses, as well the aspects they are making. They can give enough information about the matters of interest.

In the analysis of individual charts, these positions can give the astrologer information about someone’s personality, interests, focus of attention and action, attitude, appearance, and often the events the person might experience throughout their lifetime.

When doing astrology analysis, the first thing which should be done is creating a natal chart. It is the chart of the positions of the planets in a chosen moment of time. The chart has 12 houses where the planets are placed.

The creating of the chart nowadays takes only seconds, because of many sophisticated astrology programs which can do all kinds of astrological calculations that save a lot of time to the astrologer.

In earlier times that job was very time consuming, and required a lot of skills and knowledge.

The houses where planets are placed are the most important because they give insight into the person’s interests and focus of intention. They also add their energy and influence to the areas ruled by these houses.

Planets in houses can also reveal possible events the person could experience during their lifetime.

The planet Mars has a bad and frightening reputation. Because of the red iron dioxide its surface is covered with sometimes it is called “the red planet”.

Mars has some similarities with Earth and that gave the idea that life could be possible there some time in the future. Some evidence even point out that life was present on this planet in the distant past.

The name Mars is the name of the Roman god of war and destruction. In astrology, the planet Mars rules these areas as well. Mars also rules brutality, arguments, violence, and conflicts.

Mars can also have an energizing effect on the person, stimulating action and fulfillment of goals.

Usually, people under the influence of Mars are passionate and energetic. They are determined to achieve their goals, and they don’t allow others get in their way of doing so.

They never get discouraged by obstacles and they bravely confront them. They have faith in their abilities and strong ambition to succeed, which eventually leads them to where they want to be.

People with dominant Mars’s influence in their natal charts can possess controlling nature; they might be prone to telling others what to do and organizing other people’s lives, while at the same time not allowing anyone influence them in any way.

They might easily become angry at people who oppose their will and don’t want to listen to their commands.

These people have good organizing and leadership skills and they are good in such positions; they often end up in managerial positions. They can also be prone to manipulating people.

They often have a competitive nature and always want to be the first in any competition. They can be provocative and can be very loud when expressing their opinions.

They lack tact and usually cannot lead calm and civilized conversations. They want to impose their opinions onto others.

These people are passionate and often considered magnetic by others. People are often drawn by their energy and want to be in their company because of the influence they have on others. They might be admired and feared from at the same time. People want to be their followers.

The 1st house shows the person’s physical condition and their appearance. This is also the house of the person’s main character traits and reveals the way the person desires to be perceived by others.

The sign and degree on the beginning of the first house (ascending on the eastern horizon at the moment of creating the chart) is called the Ascendant sign.

The first house and the planets inside the first house (if there are any) reveal a lot about a person’s personality which has a lot of the traits of the Ascendant sign.

The planets give additional information about the person and how they will likely appear and behave and the most significant are the planets close to the cusp of the first house.

For example, when someone has Venus in the first house, the person usually has a kind and gentle approach towards people; they are also very calm and measured when they talk; they often possess great facial beauty.

The 1st house and the planets inside show the person’s potential and strength of character.

The Ascendant reveals the way this person tends to approach different matters in their life and the way they confront their obstacles. It also shows how the person wants to be seen by others.

The first house shows the physical condition of the person and the overall state of their health. This house rules the face and the head as body parts.

The 1st house is often called the house of “self”, showing the person’s temperament, character, and behavior. It reveals the person’s awareness of their self and their identity. It shows whether the person has a closed-off personality or is open to contact and communication with others.

The characteristics of the sign placed on the Ascendant are usually present on the person’s face and facial expressions.

Mars in first house is a good placement, because Mars is the natural ruler of this house; Mars in 1st house feels at home. Being the planet of energy, ambition, and drive, in the first house, Mars gives these traits to the person owner of the natal chart.

The planet Mars gives its traits to the person and if it’s afflicted, this could make the person nervous, intolerant, aggressive and prone to violent outbursts.

Mars in first house can also be an indication of accidents and other destructive events the person could experience.

People with Mars in first house are usually independent and don’t let anyone interfere in their business and decisions. On the other side, they might feel free to give advice to others even when no one has asked them for such advice.

These people are often very honest and direct, and don’t have a problem speaking their minds to others. Sometimes they can be overly direct and their behavior and words can easily offend people who might consider them rude and inconsiderate, which they often are.

These people are usually competitive, and have a strong urge to win in every situation. They cannot tolerate anyone being better than them.

Their attitude could lead them to quarrels and conflicts with others. They are often very temperamental and that can sometimes be the cause for them getting into physical fights with others.

With Mars in the first house, these people usually have strong muscular bodies and are often into sports. They need physical activity to keep their body and mind in shape.

Physical activity is also much needed for them to release the excess energy out from their system, otherwise, they might become irritated and aggressive.

The placement of Mars in 1st house can be a threat to the head and face, because the first house rules these parts of the body. If Mars is afflicted it could indicate some injuries which might cause scars on the person’s face and head. In worst cases, the injuries might leave severe damage to the person’s health.

Because this position of Mars makes these people prone to accidents, it is advisable that they be very precautious and control their impulsive behavior.

These people are often prone to taking risks and activities which are considered dangerous, but these traits often lead them to situations where they cannot avoid getting injured. All activities ruled by Mars can pose some kind of threat to them.

Because of the powerful energy they possess these people have a problem being still.

Their energy drives them to always be occupied with something and they need to choose the right activities which won’t put them in jeopardy. They are usually determined to accomplish their goals and they don’t have problems succeeding.

They usually have good health and they recover quickly from illness. The major issues with their health can come from injuring themselves. Sometimes they can even provoke bad luck with their refusing to ease their tempo.

These people have a dominant nature and don’t get along well with people who have similar traits.

They have the need to be the boss in every situation and they usually manage to get that position. They can be overly confident in their abilities, and this can often annoy other people because they might be prone to bragging.

When someone’s Mars is in another person’s first house, this is often a sign of a relationship with strong passionate drive and energy between the partners.

If Mars is afflicted, the first house person might feel strongly the connection with the Mars person and be attracted to them, but at the same time feel fear. This position of Mars in synastry might be the cause of irritation between the partners.

Mars in 1st house in synastry is not a good sign for the relationship between two people. It is likely that they might experience a lot of conflicts and disagreements which could eventually lead to the ending of their relationship.

Even though there will likely be a lot of physical attraction between them, the conflicts and the violence which can in some cases be present between them will most likely be the reason for the relationship ending.

In some cases, the first house person might consider the Mars person very irritating and their presence unbearable.

Mars person doesn’t even have to do anything to annoy the first house person; this might be their instinctive reaction to the Mars person.

Mars in first house in individual charts is usually a sign of energetic person who is determined to succeed in their endeavors, regardless of the obstacles they are facing.

Because of their active personality they might be prone to taking risks and getting injuries on their face and head.

Sometimes, when Mars is afflicted, Mars in first house gives an image of a person who is violent and aggressive.

In synastry, Mars in 1st house is not a good sign, and often indicates that the partners are irritated by each other’s presence (mostly the first house person).