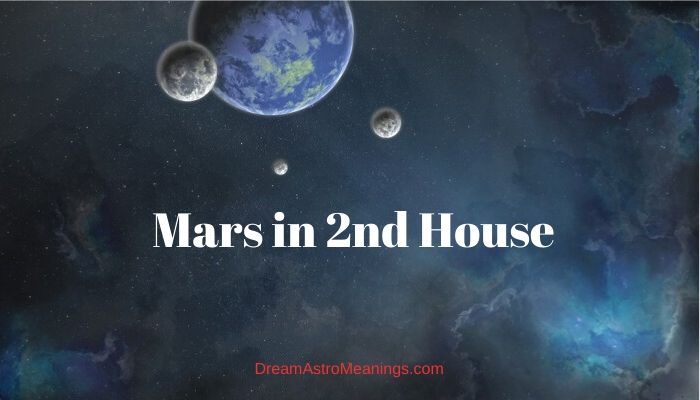 People have been fascinated with astrology and the influence of the planets on human lives and the world in general for centuries and even millennia. The accuracy of astrology predictions never seizes to amaze people.

Astrology can reveal so much about people and their lives, and it can give accurate predictions about their possible destiny. Astrology can give predictions not only about individuals but also about the outcome of situations, potential of relationships, and possible future events.

The natal chart of a person can give a lot of insight to the astrologer about someone’s personal appearance, attitude, character, personal preferences and interests in life, as well as the possible events they could experience in life.

Astrology analyses planetary positions in a certain moment of time to make predictions and give information about something or someone.

The planets are placed within a natal chart, which represents a chart with 12 houses containing the planets in a certain moment. The beginning of the 1 house is called the Ascendant and represents the degree of the sign rising on the eastern horizon in the moment of creation of the chart.

The houses with planets are the most significant because they reveal where the focus of action and attention is. The planets inside a house add their energy to the overall energy of the house and the areas ruled by that house.

Astrology can also be used to discover the possible outcomes of relationships between people.

For that reason, among other things the astrologer analyses the planets from one chart placed in the chart of the other person to determine how the relationship affects that person and which areas of their life are most affected by the partner and the relationship.

Mars has a scary reputation among planets. Mars is a personal planet which directly impacts the character and physical appearance of a person.

Mars is small but its reputation is fierce; this planet has a powerful energy. It has similarities to the planet Earth which is why some people believe that life will be possible on Mars one day.

Some people believe that life was present there in the past. Because of the red iron dioxide which covers its surface, Mars is often called “the red planet”.

Mars’s influence on a person can be very destructive if Mars is afflicted and has a negative influence on the rest of the chart.

Those with Mars in beneficial aspects and well-placed in the natal chart, usually possess some Mars’s qualities, such as powerful energy, determination, and will to succeed. These people don’t give up easily.

Mars people are usually very direct and openly speak their mind about things. Sometimes their approach can be very aggressive and intolerant, and they can hurt people with their remarks. They often have problems controlling their reactions because they are temperamental.

Even when Mars is making beneficial aspects with other planets these people can be prone to overly energetic reactions and lack of control.

Most of Mars people have a dominant nature which they cannot suppress easily; they have the urge to control other people and tell them what to do.

On the other side, these people don’t allow anyone control them nor tell them what to do.

They don’t want anyone influencing their opinion and decisions either. They are usually brave, and prone to taking risks. These people don’t let obstacles stand in their way, and they bravely confront them.

Because of their leadership skills these people often end up in managerial positions. Sometimes they could be prone to manipulating others.

Mars people can be very competitive and want to be first in all occasions. They are often very passionate and magnetically attractive. People are drawn to their magnetism, and leadership qualities. Sometimes they might be prone to provoking others.

This planet is the natural ruler of the first house and it rules the signs of Scorpio and Aries.

The 2nd house and the planets inside the house, reveal the person’s attitude towards money; this house shows how the person gains money and the most likely items they tend to spend it on.

This house can give information whether the person is likely to be rich and have opportunity to earn money or not.

It shows the things they prefer buying and whether their desire for earning money and spending them is strong. It can also give insight to whether the person is generous or not.

The 2nd house shows the astrologer whether the person fears for their material security or not. The planets inside the second house give additional details about the person’s spending habits.

For example, someone with Venus in the second house might be prone to spending money on luxury items, jewelry, clothes, fashion items, and decorative items for the house.

People with Venus in the second house might desire to spend their money on making themselves and their surroundings more beautiful.

Someone with Jupiter in the second house is usually fortunate with their money and they have a lot of opportunities to earn it, unless Jupiter is afflicted in their natal chart, in which cases it might bring fortune but also take it away.

When Mars and/or Uranus are placed in this house, this is usually not a good sign, and it might indicate gains, but also great losses and financial disaster.

The second house is also related to the person feeling of confidence and self-esteem. Many people relate their sense of self-worth with their possessions and amount of money they earn.

The second house shows the ability of the individual to use their abilities and materialize them into something they can see and touch.

The 2nd house is also the house of food and the preferred food of an individual. It reveals the amount of money the person tends to spend on their food and their eating habits.

It shows whether the person pays attention to their eating habits or they don’t mind what they eat and how much they pay for their food aiming only to fill their belly.

This house can reveal the person’s ambitions regarding money and wealth. It might show the amount of energy and effort the person is willing to put into accomplishing their desires related to their material possessions and wealth.

When Mars is in the second house of an individual chart, its impact is mostly on the areas related to finances and movable possessions.

If Mars in this house is ill-placed and afflicted this might create a lot of problems in these areas. If Mars in second house is strong and in good aspects it can make the person wealthy through their own efforts and ambition.

This placement of Mars might make the person very materialistic and relating their confidence and sense of self-worth with how wealthy and financially secured they are.

Mars in 2nd house could make the person irresponsible and prone to impulsive spending.

The person with their Mars in second house might be a person who wants to be independent in their business and earn money making independent decisions; this is not a person who will ok with being someone’s employer their entire life.

Most of them might try to establish their own business, usually something related to physical work or some area related to Mars. They want to have the control over their money and the way they are making it.

The main problem with this Mars placement can be related to their spending habits. They are able to spend their hard-earned money in a second on something they don’t need.

With this position of Mars it is important for the person to develop some healthier spending habits and become able to control their urges to spend.

They must learn to control themselves from spending money without taking the time to think through whether they need the thing they are buying.

Women with Mars in 2nd house are often attracted to men who have a lot of money and are prone to spending it without giving it much thought, and that includes buying them presents.

Men with this position of Mars can relate their sense of confidence and masculinity with the amount of money they have, and they might enjoy spending it because it makes them feel successful and boosts their masculine feeling.

These people often get physically attached to the things they own; every item they possess reminds them of the moment when they acquired it.

Sometimes, especially when Mars is heavily afflicted, when placed in the second house, it might make the person prone to criminal actions to gain the object of their desire. They might lack morality when it comes to fulfilling their desires and use dishonest means to acquire the things they want.

When it comes to items they are buying and other things they spend their money on, people with Mars in second house are usually fascinated with things ruled by Mars, such as different kinds of weaponry, etc.

They might also be prone to spending their money on sports equipment, sneakers, fitness clothing, and similar items.

When Mars in one person’s chart is in the second house of another person, the Mars person could somehow help the second house person to find new ways to earn money, and support them in these activities.

This is a great combination for business relationships. They can work together on establishing their financial security. The Mars person will be the side that gives initiative and boosts action.

The Mars person might give them unwanted advice regarding their finances and irritating them.

Mars in 2nd house is a placement usually indicating a person who tends to earn their money through hard work and efforts.

These people prefer being their own boss and earning for themselves and not for someone else. They can also be prone to spending their hard earned cash recklessly and impulsively.

Their spending habits are something they should work on changing and becoming more thoughtful when they invest their money.

If Mars is afflicted this could be a sign of financial trouble, robberies, loss of money, and in worst cases, bankruptcy. Sometimes it could indicate gaining money through immoral or criminal activities.

Mars in second house in synastry is a good sign for business partnerships, providing it is not afflicted. Two people can work together in building their financial future.