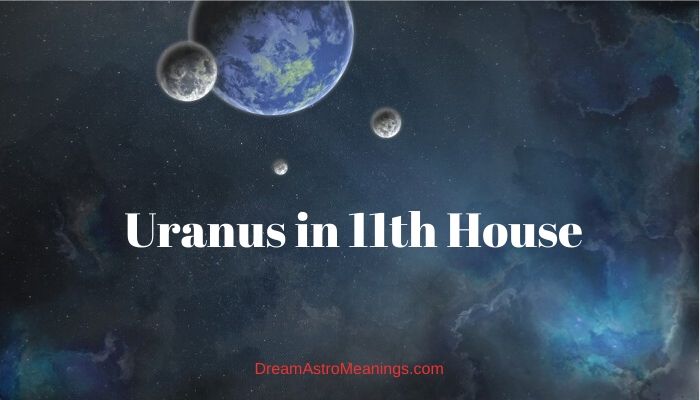 Astrology is a valuable source of information about people and the world around us.

It can give insight about someone’s personality, the possible destiny they could encounter, outcomes of situations and relationships, etc.

From the natal chart of an individual the astrologer can discover a lot about their life, their personality, skills, interests, preferences, personal appearance, behavior, and the events they could experience in their life.

The first thing which astrologer does is calculating the natal chart; this is a chart of the positions of the planets usually created for the moment of someone’s birth.

In modern times, the calculation of natal charts takes only seconds because of the many astrological programs that exist nowadays. The analysis still requires knowledge and experience.

Astrologers pay most attention to the houses where there are planets because they inform them about the person’s character traits, their interests and focus of attention.

They also show potential events that might happen in the future. The planet’s energy influences the energy of the house where the planets are placed and add their meaning to the areas ruled by that house.

Uranus is the coldest of all planets in the Solar system, and has temperatures that can lower to -224°C. On the outside, Uranus is made of layers of clouds, and the inside is made of rocks and ice. It has rings and 27 moons.

The name Uranus comes from the name of the Greek sky god. Uranus was Zeus’s grandfather and father of Cronus.

In astrology, Uranus is the ruler of unpredictable, sudden events that might often be with disastrous consequences.

Uranus in favorable aspects with other planets can bring the person sudden opportunities for achievement of their desires. It rules transformations of life and personality for the better.

When Uranus is afflicted this could be an indication of unexpected misfortune, disastrous events, money loss and bankruptcy, catastrophe, destruction, revolutions, violent events, etc. Uranus rules transformations in the society.

People who have Uranus as their ruler or Uranus is prominently placed in their natal chart usually have unconventional and unpredictable nature.

They don’t like others giving them advice and usually detest authorities. They often come into conflicts with authoritative figures in their life, like their parents, bosses, and other.

These people desire to be the masters of their destiny. Sometimes they have a revolutionary spirit and enjoy opposing society rules.

They have eccentric behavior and people might consider them different and awkward. They often enjoy shocking people with their unpredictability just to see how they will react.

Uranus people are often pioneers in different areas of life. They want to be the first to try out new things and they aren’t afraid of taking risks. They detest any kind of routine and prefer professions where they will be able to express their creativity and always do something new. They prefer being their own boss than to work for someone regardless of the cost.

Uranus people enjoy making changes and they are not afraid of making them. They also inspire others to make changes. They are prone to extreme activities and sports which jeopardize their lives. If Uranus is afflicted this might be an indication of accidents as a result of their extreme actions.

Uranus ruled events usually take people by surprise. Their consequences are enormous and they often transform the person’s life for good. In some cases, Uranus ruled events destroy something to clear the path for new things to come.

The effect of Uranus can be beneficial but in some cases it could have a devastating effect on the person’s life.

Uranus is the ruler of breakups and divorce, and people with afflicted Uranus often experience sudden relationship endings and relationships which don’t last long.

The eleventh house is considered the house of social interactions and friendships. It rules earnings from the person’s business or job. The eleventh house rules our wider circle of acquaintances and our colleagues.

The planet ruler of the 11th house is Uranus and the sign corresponding to this house is Aquarius.

The ruler of the eleventh house and the planets placed inside show the person’s role in society and reveal how the person is accepted by their social circle.

It reveals the person’s friends and types of people the person chooses to be their friends. It also shows whether the person is prone to being a member of groups and organizations.

The eleventh house can show our interests and the preferred activities and groups of people that share the same interests as the person owner of the chart.

This house is also considered the hopes and desires house and can reveal what these desires are and is it likely that the person will be able to fulfill them.

People with Uranus in eleventh house are very independent and freedom loving. They are unconventional and much attached to their friends.

These people often prefer spending time with their friends more than with their family members. They are very open-minded and have friends from different cultural background and status.

These people might have a lot of acquaintances because they easily establish contact with people, but their friends are carefully chosen.

These people can possess eccentric personalities and their friends might never know what to expect from them; they can also have eccentric and unpredictable friends.

Their interests are often awkward to many people, which is why they prefer spending their time being surrounded with like-minded people who share and respect their interests and don’t think of them as weird for having them.

Uranus in 11th house can bring unexpected changes in the person’s relationships with their friends. It might be an indication of unexpected beginnings but also endings of friendships.

Their unusual interests often make them become part of organizations and associations of people who share similar interests.

These people might be interested in subjects such as artificial intelligence or aliens, and these and similar subjects might make it difficult for them to talk to with most people they know; this is why they are forced to seek the company of similar people.

People with Uranus in eleventh house prefer to be unrestricted with any kind of bonds, and if their friends or some group membership starts becoming a burden to them or restricting their freedom, they won’t hesitate to leave it.

They want to remain the ones making their decisions about what and when they will do something and if someone tries to limit them in doing so, they won’t have another choice but turn their back on them.

Their eccentric approach should be appreciated by those who want to remain close to them and have them by their side, and that is something that a person with Uranus in eleventh house will make clear from the start.

This position of Uranus often creates people who are generous and human, focused on doing things that will benefit the whole humanity. They might neglect their family and other life duties to focus on their humanitarian goals and helping others.

When Uranus is afflicted in the eleventh house, this might be a negative indication of experiencing unpleasant events related to their friends or groups they are a part of. This might indicate danger to some of their close friends, who might experience accidents and threats to their wellbeing.

The position of Uranus in 11th house might be a sign of friends who have Uranus qualities, either strong Uranus in their natal chart, or born in the sign of Aquarius.

They prefer being different and that is most obvious in their group of close friends or in the groups they are a member of.

Something different and unusual is usually related to their personality and behavior, and this makes these people proud because they want to be perceived as different by these people.

When some person’s Uranus is placed in another person’s eleventh house, this could indicate an unconventional relationship between them.

The Uranus person might share a lot of common interests with the eleventh house person and they might also be a part of the same social network or group.

The eleventh house person might perceive the Uranus person as strange and different than most other people they met, but they might also find them interesting and intriguing.

This position of Uranus in synastry might indicate a relationship where both people are involved in organizations which help people in some way.

Uranus in 11th house is usually an indication of a person with an unusual circle of friends and acquaintances.

This could also mean that the person has a relaxed and often unpredictable behavior in their relationships with their friends and they desire their friends to accept them as they are.

They often have awkward interests according to the standards of majority of people which is why they prefer being members of groups of people who share their interests as well.

When Uranus is in eleventh house in synastry this usually indicates that the eleventh house person perceives Uranus as different but also admires them and finds them intriguing.

The Uranus person might introduce the eleventh house person to some interesting people and inspire some new interests in them.