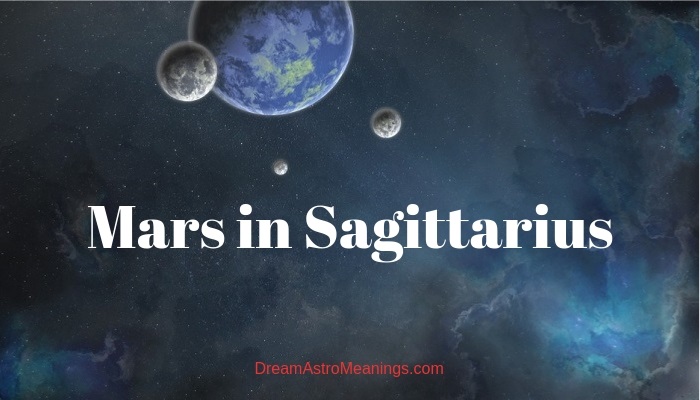 The planet Mars is the second smallest planet in our Solar system, following Mercury, as the smallest. The surface of this planet is covered with red iron oxide, which causes its reddish color. That is why it is often named “the Red Planet”.

This planet has a lot of similarities with the planet Earth.

This planet is under assessment regarding the possibility of past as well as future life and inhabitation. It can be seen with a naked eye.

This planet’s name derives from the name of the Roman god of war and agriculture. The third month was dedicated to this god and still carries its name. In some myths describing the foundation of the city of Rome, Mars and Rea Silvia were the parents of Romulus and Remus, the founders of this city.

In astrology, this planet rules the signs Aries and Scorpio, and it has the strongest influence when it transits through these signs. Every sign it goes through adds its traits to this planet.

In this text, we are describing the traits of Mars transiting through the sign of Sagittarius and the traits of people born with this Mars placement.

Men with Mars in Sagittarius are usually open and straightforward with their opinions. They are full of energy which drives them to action. These men are always in pursuit of some new goal.

The bad thing is their tendency to change their goals before achieving them, and not finishing what they have started.

These men are very passionate and seek a passionate woman who can respond equally to their initiative. They can be very loud and direct in expressing their opinion about matters and people, and often end up offending others with such an approach.

They need to learn to control their reactions and pay attention to other people’s feelings, especially the feelings of the women they are interested in dating, or the ones they are already dating because they might jeopardize their chances of starting and/or continuing the relationship with these women.

Men with Mars in Sagittarius tend to do things without thinking them through, and they often make mistakes as a result. The fortunate thing is that they are irreparable optimists, believing that everything will turn out alright at the end, and the funniest thing is, that things often do end up in their favor.

Their fearlessness and blind faith create circumstances which help them get out some very difficult situations unharmed.

These men love their freedom and don’t like to be pressured or tied by anyone. When they sense that some person is trying to manipulate them or is pressuring them to give up their freedom, they freak out and often leave that relationship.

These men prefer action and a lot of adventure and activities, and they avoid people who are stagnant, burdened with routine, and boring. They need mental and physical stimulation and seek for people and partners who can provide them with that.

They love action and are very adventurous types. These men love to travel to distant places and experience new things. They always meet new people and enjoy the interaction with them.

They are very interesting and make a fun company. People enjoy being around them because they exude positive energy and optimism.

Women with Mars in Sagittarius prefer men who have Sagittarius qualities. Their man needs to be dynamic and always prepared for action. They love sports types of guys, and they prefer their man to be muscular and well-built.

A woman with this Mars placement is very energetic and adventurous. She loves to travel and she is often on the road, for business or for pleasure. She has an optimistic nature and doesn’t like to be around negative people.

This woman has a strong will and she always hopes and expects the best outcome of her actions. She can be prone to taking risks, but fortunately, she is often blessed with good fortune, and usually ends up as a winner in every situation.

She is very persuasive and knows how to defend her beliefs and opinions. These women are very passionate and prefer men who have similar traits. They need a man who will be able to follow them on their adventures.

Like men with this Mars placement, women with Mars in Sagittarius are usually pushing their limits and exhausting themselves with activities. They need to learn to protect themselves and take better care of their wellbeing.

These women often do more than one thing at once. They are full of creative ideas and plans and they often thoughtlessly begin new endeavors which prove to be a bad decision. They are also prone to giving up on their projects before accomplishing them.

They lack focus and perseverance and these are the traits, they should work on developing.

Women with Mars in Sagittarius love their freedom and fight to protect it. They are independent and don’t like anyone telling them what to do. People who jeopardize their freedom are not a good company, and they tend to run away if they feel jeopardized in any way.

They need to willingly accept to give up on some part of their independence; otherwise, it will never work out.

People with Mars in Sagittarius have a lot of good traits.

Mars is a planet of violence, destruction, passion, and overall strong emotions. When it is placed in the sign of Sagittarius, this sign adds its traits to the symbolism of this planet.

People born with Mars in Sagittarius are very active and energetic. They are always in pursuit of some goals and always have something to do. These people are often adventure seekers and look for new experiences.

These people are usually very impatient and prone to make hasty decisions and act hastily, without thinking about the possible consequences of their behavior or their actions. They are restless and usually push their forces to the limit.

They often live on the verge of their strength and exhaust themselves with way too many activities or even pleasure.

Mars in Sagittarius people are very passionate and driven to succeed. They are sports types and often actively engage in some sport. They often pay a lot of attention to their physical appearance and they desire to be in shape.

These people usually have a muscular built and they don’t need many physical activities to stay in shape. Regardless of that, many of these people, are prone to exaggerating in all areas of their lives, and tend to exhaust themselves with exercising as well.

People born with Mars in Sagittarius are very active beings, constantly doing something and often multiple things at once. They are always in pursuit of new challenges, and often have a tendency to abandon their previous projects, leaving things unfinished.

They are often not very determined and persistent. If things don’t work out as they have planned, they tend to refocus their attention on something else.

These people are born optimists and they don’t give up their hope easily. If they truly want something, their sometimes blind faith and lack of fear and doubt, help them achieve their goals, even when they seem impossible.

They are always full of new ideas and plans for their future actions and activities.

They are very sociable and enjoy being around people. These people love to enjoy the beauties of life. They are always in pursuit of fun and pleasurable times. Their reactions can be rash and thoughtless, but these people don’t have a bad intention underneath.

They are often overwhelmed with some new idea and will try to convince you at any cost that it is perfect even though you see the visible flaws in it. The good thing is that they often give up on their ideas even before putting them into action.

In some situations, these people can even be pushy and aggressive in their attempts to impose their opinions onto others. They are also very direct and honest in their approach and that can offend many people who are not used to be treated in such a manner.

These people and especially men with Mars in Sagittarius are very fond of physical intimacy and are very passionate. They seek an active partner who will be able to adequately respond to their initiative.

People with Mars in Sagittarius are usually very open, relaxed and easy-going. They are open about their desires and openly express their opinion about matters and people. They don’t like people who are too strict and inflexible. They love to be surrounded by like-minded people. These people strongly defend their opinions and beliefs.

They don’t like routine and avoid hanging around people who seem boring to them. They love their freedom very much and cannot tolerate any restraints and people who try to manipulate or control them in any way.

Needy and clingy people suffocate them, and when that begins to happen in a relationship, many of these people tend to pack their bags and leave, without much explanation.

These people are usually not very tidy and don’t have a good sense of organization. They don’t always remember their choirs but they are fun company. They don’t like serious people and situations and tend to stay away from them. These people love to make jokes and have an optimistic outlook on life in general.

They have a strong persuading power, and usually manage to convince others to follow them and their ideas and plans. When someone doesn’t agree with them, they don’t usually accept that fact well.

They are not very romantic, and they don’t like playing games when it comes to matters of the heart. They are straightforward with their desires and they want to have a partner who has a similar approach.

People who have Mars in Sagittarius are optimistic and full of energy. Both men and women with this Mars placement love sports and tend to hang around people with similar preferences. They are usually well-built and physically fit.

They are passionate and love physical intimacy. They avoid people who are suffocating them with negativity or consume a lot of their time. These people always expect a good outcome in every situation and don’t like to poison themselves with the negative influence of other people.

They are also very independent and highly value their freedom. Even when they are in a relationship they need to keep some independence and reserve time exclusively for themselves.

These people are often haste and rush into decisions and actions before giving them a good thought. They don’t think much about the future and rely on their good luck which often helps them exit as winners from some unenviable circumstances. Fortunately, they are usually blessed with good luck.

People with Mars in Sagittarius are often loud and don’t pay much attention to other people’s feelings. They are very straightforward and that can often insult people who don’t have the ability to stand the truth or people being brutally honest with them.

Their negative trait is a lack of persistence and change of goals before accomplishment. They have a tendency to change their mind quickly and leave a task unfinished.

They are often world travelers and full of experiences which they share with the people from their surroundings. These people are very sociable and enjoy meeting new people.