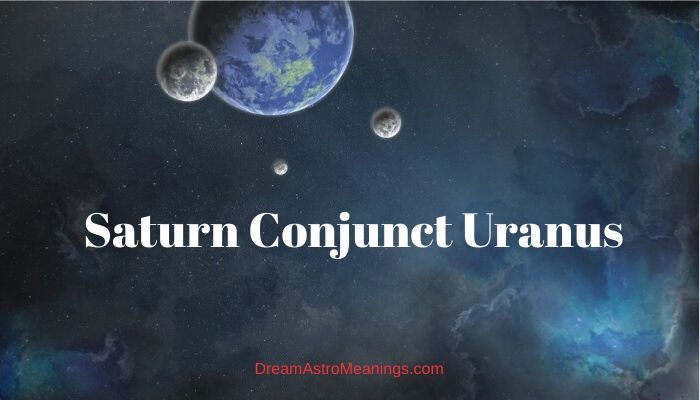 Astrology is at least human civilization old. However, scientific discoveries suggest astrology was much older than that. Researchers have discovered markings on mammoth bones, which correspond to Moon phases.

Since prehistoric times, humans have been looking into the skies, observing stars and planets, trying to connect our own existence with that ineffable, immeasurable and wonderful space out there.

Nomadic tribes would use sky as a map for navigation. Observing and recording the movement of celestial objects have always been important to human navigation and life organization.

Later on, people would name constellation and heavenly bodies, personify them and call them gods and divine spirits and forces, connecting them with spirits of the earth.

Spirits of the earth, natural phenomena, celestial manifestations, human life and everything else has always been a magical and beautiful circle that makes overall existence so rich, deep and intriguing.

Ancient Mesopotamian cultures, Egyptians, also Chinese, Japanese, Tibetan and Hindu traditions all express profound knowledge related to astronomy and astrology. These systems are different and developed isolated from one another.

However, they all have the same base and many things in common. First and foremost, they all observe the skies.

Astrology has always been associated with variety of other sciences and practices. For example, Far eastern astrological systems are in close relation to medicine science. Western astrology was a part of astronomy or, it would be more precise to say that the two disciplines were treated together, until the age of the Enlightenment.

In the Age of Reason, astrology was rejected as unreliable and non-scientific, while astronomy was enlisted amongst official sciences, the place it proudly holds today.

Astrology was put into the shady realm of the esoteric, occult and the alternative. It was dormant until the twentieth century, but the interest into this wonderful path has never fully ceased.

Astrological romances have always been set on the table for astrologers to interpret. Astrology of relationships is possibly the most popular part of astrology as a whole. Everyone seems to be interested to know what awaits him or her in their romantic life.

An astrological insight into this field would hardly ruin the magic of anticipation and uncertainty.

We all need a little bit of mystery, but some of us would like to know more about the nature of our relationships, especially romantic ones.

Others would die to know if they were going to get married or not. Astrology could offer some answers, not all. One of the methods is synastry. Synastry is comparative study of natal charts.

When doing a synastry, the astrologer first looks into each chart separately and then compares them. Typically, the charts in question are those of two lovers or perhaps potential ones.

The astrologer first analyzes them separately, in order to get the image about each person and thus make a better judgment on their compatibility.

Synastry will not predict the exact development of your relationship nor can any astrological reading do that. The key in understanding synastry is to take it as a powerful and valuable guideline. Synastry would offer you insight into your astrological compatibility.

It would help you realize the weakest and the strongest point of your connection.

It would also help you better understand certain behaviors and patterns in a relationship or to indicate what can you expect from a relationship you have still not entered. Synastry could be of great use and it could in fact improve your romantic life.

Let us see what role do aspects play.

Aspects are the most important feature of all astrological readings. They represent connections between planets. Since each planet has its own nature, energy and astrological purpose, contacts between them form a special new energy.

Aspects could be flowing or challenging, with the exception of one that could be both.

Flowing aspects are considered welcome and favorable. They support the best qualities in planetary nature and help them manifest at their best.

Two planets in such a favorable aspect would cooperate, so to say. Challenging aspects would spice the situation up. They are sometimes considered troublesome and even negative.

However, challenging aspects could also be of use, since they balance the overall energy.

Synastry would usually present with a combination of both types of aspects and it makes it unique and special. Do not feel discouraged if there were ‘bad’ aspects in your synastry or troublesome planets. Things are rarely as they look at the first sight.

The conjunction aspect is usually regarded as the strongest of all aspects.

Conjunctions are very small distances between astrological planets or no distances at all; when conjunct, planets could completely match places.

Such closeness of planets makes their energies conjoined. In a conjunction, the energy of each planet is intensified.

Conjunctions are aspects that could present with both flowing and challenging energy, which depends on the planets that form them. In simplified view, two malefic planets create negative energy and two benefic ones create positive energy.

However, overall effect of the conjunction will depend on all other aspects as well.

The conjunction in synastry always represents a strong bond. Strong planetary energies would definitely affect the relationship in a peculiar way.

Sometimes this aspect could be a bit puzzling, since it happens that planets cannot distinguish their energies from one another, with both being intensified.

Saturn is the least favorite of all astrological planets and for good reasons. However, we should not be so harsh towards it, before we get an insight into its nature.

True, Saturn is also known as the ‘planet of suffering’, because, according to astrology, its influence is associated with troubles, sadness, limitations, restrictions, poverty, illness, inadequacy, old age.

Sage, grey haired Saturn is the planet of despair and misery, everything cold, gloomy and somber.

However, its role is not necessarily negative; without its influence, we would lack the sense of responsibility, seriousness when it is needed, maturity, organization.

Saturn preserves heritage and tradition and it is also associated with history and ancestry.

With Saturn, the soul is trapped within the body, which reflects in its association with chronic illnesses and old age, for instance. Saturn in a relationship, in synastry, could play an essential role in keeping the relationship stable.

However, it could also be a downside, if too restrictive, too serious and too cold and reserved.

Uranus is a planet of very different nature from that of Saturn. It is strange to look on the from mythological perspective, since it was Saturn who usurped the throne of heavens and overthrew his father Uranus.

In astrology, Uranus is the one that bring change, a herald of future, a bold rebel and revolutionary.

Uranus is the planet of the unconventional, original, unique, ingenious and eccentric. People with strong Uranus could turn out to become genius, but also lunatics.

All brilliant minds are children of the mighty Uranus. Uranus is a transcendental planet and usually has an impact over whole periods and generations.

Great events of change, such as revolutionary movements, for example, are influenced and inspired by Uranus, that astrological rebel.

Uranus in synastry is a tricky fellow, since it is a true freedom seeker, which contrasts to the idea of commitment and bonds. Uranus seeks a way to break away and maintain its independence.

Let us see what game do Saturn and Uranus play when conjunct.

A stern, restrictive and cold tutor of life lessons conjunct with rebellious herald of change, this is what we have here. Saturn conjunct Uranus is a peculiar aspect for a synastry.

Having in mind the ambiguous, but powerful nature of the conjunction, this aspect could play a significant role. This is by all means a challenging one.

These persons are individuals of very different temperaments, which is a great risk for any kind of relationship. However, this is the conjunction which also could present with a strongly binding energy and your seemingly opposed energies could join forces.

The key to this strange combination is to understand your differences, accept them and learn from one another.

Saturn follows tradition; Uranus comes up with innovative, original, even eccentric ideas. You could benefit from one another and your relationship may go stronger and balanced.

Saturn Conjunct Uranus is an intriguing combo of opposite temperaments and attitudes.

Other aspects in synastry and especially those in individual charts will determine if this aspect would work well or not.

If both of you are open to one another, ready to learn something new, open to take up amazing opportunities the other person has to offer, things will be great.

Spontaneous outbursts of inspiration Uranus brings into this relation would benefit the overall sense of stability and seriousness Saturn tries to maintain. They do not have to be in conflict, but in harmony.

However, if other aspects divide you and only intensify your differences, this connection would not work fine.

Saturn may try to restrict Uranus’ creativity and spontaneity, finding its idea ridiculous and even dangerous. Uranus would fight back and revolt against the partner, finding Saturn too stiff, cold and overly serious.

Try to find a common tongue and to see your differences as an enriching element and great experience, not a divisive factor.