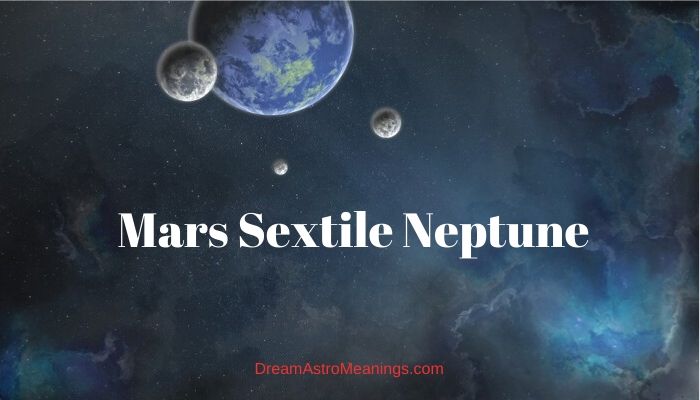 The meaning of astrological planets and their positions and interplay in a natal chart are believed greatly to affect one’s personality and life path.

Astrology, that ancient 0science of stars’ studies planetary movement, mutual influence of planets and their influences over human lives.

While official sciences have long ago proved planetary motion definitely affects all the earth, astrology goes a step further and deeper, strongly associating it with individual human destinies.

Before we could talk about specific planets, their meanings and energies, we have to explain the term of a natal chart. Natal astrology is highly important part of the astrological science and its focus in on studying natal or birth charts.

Birth charts are diagrams of the skies, an image of the sky, frozen in time, at one exact moment, the time of a person’s birth.

According to natal astrology, specific positions of planets and aspects they form amongst themselves emit special energies and decide your destiny, in a way.

Perhaps it would be safer to say this information provide valuable insight into an individual’s potentials. They tell about how one could develop as a person and what kind of events he or she might expect in life.

Natal chart, or personal horoscope, does not predict events in so strict sense, but it could point out some major events that might happen or tell about the nature of such events.

It could give precious information on one’s weaknesses and advantages, to pinpoint areas of life or you as a person that might be more or less challenging.

From astrological point of view, and the position on Earth, there are eight planets and two lights (usually also referred to as planets) that move around and make specific patterns.

Imagine if a photographer took a photo of the night sky at the time you were born; that is your birth chart. Your birth chart is unchangeable, just as the date of your birth itself.

At that very moment, each of the ten celestial bodies was in a specific position. If it had happen that certain planets got themselves forming a specific angle with one another, it means they create an astrological aspect.

Each individual has all these planets in their horoscopes, as well as certain aspects. The question is which ones and where.

The roots of modern astrology could be traced back into past until the second century AD. It is Claudius Ptolemy view on astrology, which defines five of the major astrological aspects, amongst other things.

With the development of astrology, other aspects have been included, though they are considered minor. Major aspects are conjunction, square, trine, sextile and opposition.

Traditionally, certain aspects are considered heavy and problematic, while others are claimed easy and favorable. The same applies to planets. However, nothing in astrology is black and white and there are many fine shades in between.

Each aspect, just as each planet, has their advantages and disadvantages. A natal chart is a complex of all these, a fantastic, rich treasury of information and each element has to play a precious role.

The thing with aspects is that some of them are easier and more favorable, since they allow free flow of planetary energy and its exchange. Such aspects are sextile and trine. Others are heavy and problematic, since the energies between planets do not flow free and are tense.

Such aspects are square and opposition. Conjunction could be both heavy and easy, depending on other factors.

As we have said, planets play the key role in astrology, be it natal astrology, synastry, composite charts et cetera. Aspects they create would strongly affect each one. Before we could analyze any of these, we have to be familiar with meaning of astrological planets.

Our first planet for today is fierce mars, associated with the ancient god of war, Roman Mars or Greek Ares.

Not all planets share all meanings and symbolism with their mythical and divine counterparts, but we could say that the planet Mars’ energy fairly corresponds with that of the fierce, aggressive and mighty god of war.

Mars or Ares, strong, active, violent, beautiful, vital, temperamental and impulsive was not much loved by other gods nor people celebrated his name as much as names of some other gods.

Venus (Greek Aphrodite) was the only one who could calm down his wrath, soften his aggressive nature; this is important to mention, since it applies in astrology, if we think of the relation between the planets Venus and Mars.

The quality of Mars is warm and dry; the principle is masculine. The planet Mars rules of the two impressively powerful signs, Aries and Scorpio.

Mars represents our raw energy, our direct straightforward action towards something, our determination to win and our need to make a mark in time. People with strong Mars want to be remembered for their deeds.

The planet Mars brings great troubles and conflicts, it makes us combatant and competitive; Mars is impulsive and acts on instincts and impulses. We could say it represents the animalistic in us, as well.

The planet Mars also makes us vital, physically resistant and it strengthens the body part associated with the place the planet occupies in a natal chart.

Neptune is associated with the ancient deity of the sea, Roman Neptune or Greek Poseidon.

According to mythology, Neptune has two brothers, Jupiter (Zeus) and Pluto (Hades). Once the mighty Zeus has overthrown their father, Saturn (Cronus), the three brothers shared the rule over the world and thus Neptune became the lord of all waters. In some earlier beliefs, this deity was not god of the sea.

In any case, Neptune’s nature, as of a god, has always been considered impulsive and unpredictable; some would describe him as violent, even.

Neptune rules the sea, causing sea storms and devastating earthquakes, but he also protects those who travel across waters and he decides sea battles. Neptune was also associated with horses.

In astrology, Neptune’s nature is more mysterious, associated with the very characteristics of the elements of water and depths of the oceans of the world, vast, deep and uninvestigated.

The planet Neptune represents illusions, dreams, spiritual world, imagination, fantasies. Neptune rules the most mysterious zodiac sign, Pisces, which could help you get a better image of its nature.

Neptune is a distant, transcendental planet, so many would say it is not of much importance in a natal chart or in other astrological analyzes, personalized.

It is not entirely true, since Neptune’s influence is generally difficult to explain. It is very characteristic, under skin, difficult to recognize. Neptune is, indeed, surrounded by illusions and mysteries.

Neptune governs inspiration, imagination; its influence must be strong in artists, poets, musicians, people with psychic abilities, but it could be also be present in those with mental illnesses and addictions.

Sextile is regarded as a favorable aspect that allows energies between planets to flow free.

However, it is a bit heavier than the trine and requires more effort in order for its potentials to be properly used.

In any case, the sextile is favorable and represents great potentials, since it allows for harmonious connection between planets. However, it requires recognizing the potential and using it well.

Let us see how fierce and combatant Mars relates to mysterious and dreamy Neptune in this favorable aspect. This is, of course, a favorable aspect. Mars sextile Neptune makes one a person who is romantic and sensitive, passionate. People with this aspect respect honesty above all else.

Straightforward Mars does not allow elusive Neptune create its illusions, but these energies would flow intermingled, creating a romantic, honest, chivalrous soul.

People with Mars sextile Neptune have great intuition; they see through people, they feel them. These individuals are, to say, demanding in terms both of physical and emotional plan.

They are known to be amazing lovers, as they ‘feel’ things on that level extremely well; it is in their nature. These are charming people, usually attractive in an inexplicably magnetic way.

It is also common that Mars sextile Neptune people are very creative and proactive in terms of creation. They are artistic soul and they could express so much through their creations.

Spirituality is also something that intrigues both their senses and imagination; it is likely that spiritual levels of romance would attract them. They might be very interested in tantric, for example.

Mars sextile Neptune people are sociable and have strong self-integrity. One could easily manipulate and deceive these people.

They have both Mars’ fierceness, when needed, but also Neptune’s ability to see through everything. Neptune’s sensitivity could soothe mars’ natural combatant energy, but would not deprive the person of courage and the sense of the self-importance.

People with this aspect are simply irresistible; their eros is bathed in charisma. They are very passionate; they need warmth, sparkles in love life. They are passionate about making their own dreams come true.

These people are idealists, visionary. They have great understanding of the spiritual and they love to explore those realms, with their adventurous attitude.

It is interesting to note that mars sextile Neptune people could communicate with some other levels of existence. They are people of Imagination, though they are well aware of where they stand in this life.

Their find channels for their passions in religion, spirituality, art and charity. They enjoy fruits of their work. They are selfless, caring and they do not ask anything in return. Besides, their ego remains intact.