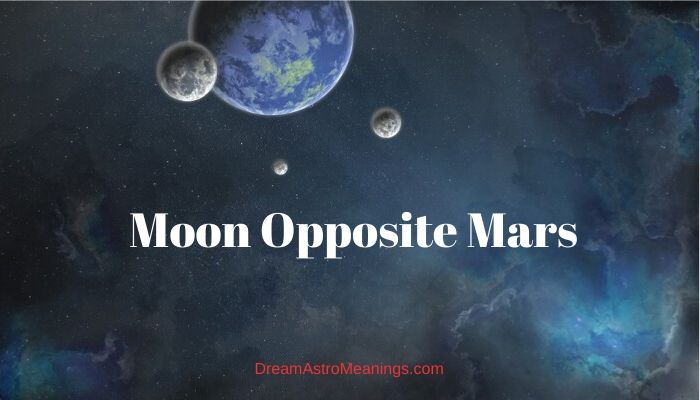 Everyone knows something about horoscopes, but not that much about astrology as a whole. It seems that horoscope signs were trendy in recent years, as many people would not skip to mention their Sun sign upon meeting someone new.

Horoscope has been a very popular subject lately, especially as there were numerous semi serious and semi funny memes regarding certain zodiac signs’ characteristics.

Jokes aside, let us learn something more about astrology. Astrology is a lot more than simply your zodiac sign, that is, your Sun sign. People would ask you about your horoscope and usually stop there, as if your zodiac sign practically tells all about you.

Well, while it has to do with your personality it is but an element of a much more complex image.

Ancient astrology has also developed in other areas, such as China, Tibet, India and Japan. These systems are different from Western astrology, as well as they were different amongst themselves.

Other astrological systems have developed elsewhere. However, all astrology shares the same fascination with this incredible universe we inhabit.

It seems that astrology existed long before ancient civilization. At least, we could talk about some kind of proto astrology, since it was not a systematized ‘science of the stars’, like ‘civilized’ astrology.

Mammoth bones dating thousands and thousands of years back into the past present with markings that accurately represent Moon phases.

Today we will be talking more about the Moon and see how this luminary affects a synastry report, when opposed to fiery Mars. Luminary planets, as the Sun and the Moon were also called planets in astrology, have a special impact in astrology of relationships.

We will see more into it later on. Let us return to astrology itself for a moment.

Many people would ask if astrology was reliable at all. Well, its status as a science remains a subject of endless debates. People arguing against it claim astrology was inconsistent with the information it provides and that it has no proper scientific methodology.

On the other hand, it seems that astrology, just as many other spiritual and alternative practices have been getting closer to science.

Astrology does not offer concrete answers, which is true. However, it could possibly offer information no exact science could offer you. It greatly depends on your personal point of view of course and the ability and willingness to take up the astrological perspective.

Could astrology help you understand relationships? Let us find out.

Natal or a birth chart, or horoscope, is a personalized image of the sky. What does it mean? Natal chart is like a ‘frozen’ image of the starry sky at the time of a person’s birth.

Each planet of the solar system takes a special position at that moment.

According to astrology, positions of planets and their distribution over a natal chart, which features astrological houses and zodiac signs, shape up one’s personality traits and destiny.

Natal chart does not decide which course one will take in their life, but it provides you about the information regarding your personal potentials.

Natal chart could reveal the most important events in your life, both past ones and the future. The most of the info you could get is about your capacities and potentials.

The same applies to synastry. Synastry is a comparison of natal charts, to put it simply. Therefore, one has to learn about natal charts of people in synastry.

Most synastry reports are about romantic relationships, current or potential ones. Synastry tells about the compatibility of natal charts. The astrologer would first study individuals’ natal chart and then compare them.

Synastry could give you an insight into how one relationship works. We do not say it will tell you if it was going to work or not. Synastry report studies the compatibility and it could reveal the dynamics of one particular relationship.

That said, the synastry tells about the type of your connection, about its nature, not about its outcome.

Doing synastry could be of a great use. For example, if you were in a relationship and you would like to understand it better, a synastry insight could reveal your weak points and a couple, as well as the strongest ones.

It happens that a relationship was generally fine, but there are things you fail to understand why happen.

Synastry report could provide you with such information and thus help you improve a relationship. If you were into someone and are interested into dating, synastry could explain why that person attracts you the way he or she does.

Moreover, it could tell how astrologically compatible you were in the first place. It could be a useful dating guideline.

Each planet is specific and has its own cosmic vibrations. These vibrations interfere with one another in astrological aspects. Aspects could be easy or challenging.

The nature of an aspect would alter the energetic exchange between planets and create specific energy.

If there were only ‘good’ ones, the relationship could become too good to be true, as people are used to say. Well, a moderate amount of both would perhaps, do the thing.

Opposition is the ‘worst’ aspect, so to say. Well, it is the most challenging one and the heaviest aspect, not particularly pleasant.

Opposition is responsible for conflicts, arguments, lack of understanding, lack of tolerance and compromise. Opposition is a very strong and, at the same time, devastating aspect, if people cannot overcome it.

In fact, it is very difficult to overcome the opposition. However, other favorable aspect could make its effect milder and even useful.

It depends on the planets in an opposition. In synastry, this aspect could be very tricky. It will not make a relationship easygoing, for sure.

However, it could be motivating and activating agents. We shall see how it affects Moon and Mars in synastry.

Moon is one of the luminaries and also one of the personal planets in astrology. From the astrological point of view, the Sun and the Moon, as well as all other celestial bodies are called planets.

Luminaries are very important, since they give light to our natal charts. In synastry, they play important role, since they enlighten the connection, allowing partners to see one another, figuratively speaking.

The Moon, however, does not possess its own light. Its light comes from the Sun; the Moon is like the other side of the Sun, in astrological terms.

The Sun is the reason, ratio, one’s personal strength, obvious and clearly manifested one. The Moon is everything that lies behind; our unconsciousness, instinct, intuition, emotions and else. The Moon is like an inner guiding voice.

Everyone knows that the Moon is associated with emotions. Yes, the Moon makes us moody, changeable, and flexible. The Moon is also of feminine principle, identified with many female deities of great powers and amazing characteristics.

The moon is Selene, the beautiful moon goddess, the daughter of the titan Hyperion. The Moon is Astarte, Artemis and many more.

The Moon is the planet that represents motherly figure, nurture, empathy, compassion, care, kindness, coziness, our need to protect and nurture and to be protected and safe. The Moon is everything that makes you feel at home, secure and safe.

The Moon is about emotional bonds, sympathy and grace. One might easily see that the Moon is extremely important for a synastry.

Mars was the ancient deity of war; bloodlust, clash of spears and armor, conquest and combat were things that would delight him the best.

Mars or Ares was the deity of bloodshed, of victory, aggression, fierceness, daring spirit and injuries.

Greeks did not favor him much, but Romans celebrated the militant god. Mars’ statues are all very impressive.

They tell not only about this god’s militant spirit, but also of his raw, strong and beautiful masculinity. Mars, indeed, represent masculinity in its prime, its raw strength potency and he is greatly associated with libido.

The planet mars has been given the same attributes. Mars represents masculine principle, the animalistic in human, the matter ruling over spirit, carnality and action.

Mars rules over the signs of Aries and Scorpio, two powerful, fierce and strong signs, each in its own way. Mars represents injuries, but also recovery, regeneration and healing.

Mars strengthens our body and makes us dare taking risk. Mars is very important for any comparative reading, since it is strictly associated with the physical, bodily aspect of a relationship, in the first place.

Moon opposite mars is a hell of a combination, because Mars lacks patience and acts on impulses and the Moon emits a completely different energy. Mars gets annoyed pretty easily and usually mistreats the lover; however, the moon argues back, in its own way.

This is a connection, which is very likely based upon an extremely strong carnal attraction.

You think that you could resolve everything in the bedroom, but things would not work that way. You would probably continue arguing and it would go on and on, forever. In this connection, lovers simply do not behave the way the other one would want to.

This leads to fights, arguments and constant sense of irritability and tension. Mars simply lets the moon annoys him r her, even if the moon, in fact, has no such intention; not on purpose, it is the way they are.

The Moon person would try to protect him or herself by hiding their true feelings. In any case, it seems that the best and the most enjoyable part of this connection is the physical aspect of it.

It could be tormenting, because the moon definitely adds more emotionality in it, while the mars experiences it lustfully and more carnally.

The relationship becomes tense and almost unbearable, but for some reason, you remain together.

Let us see into it; seek for other aspects in this relationship in order to see what your strongest points were as a couple.

If you have been together for long enough, there has to be something more. Otherwise, this connection would exhaust you and leave you scarred.

If you would like to make things work, both of you have to invest some effort in it. You have to be more considerate of your partner’s feelings; you miss out and overlook something. You treat one another in the wrong way.

Mars lets the Moon’s behavior become too irritating, while the Moon lets Mars’ energy becomes harmful. What is the catch?

Every time your arguments reach the height and tend to become destructive ad explosive, it is very likely that you end up in a passionate embrace. This sooths your emotions and your arguments for a time and then everything starts all over again.

As in most of such confusing and overwhelming situation, talking would be the key. However, in this opposition it is not an easy thing to do.

Well, if you could find enough reasons and other elements of your relationship that drive you towards one another, besides the carnal connection, you really need to invest some effort into resolving the tension.

Yes, we know. Mars could be stubborn and forceful, the Moon moody and unwilling.

Talk to each other and see if there could be a proper and reasonable solution. This connection is definitely not based on logic and reason; search for it.