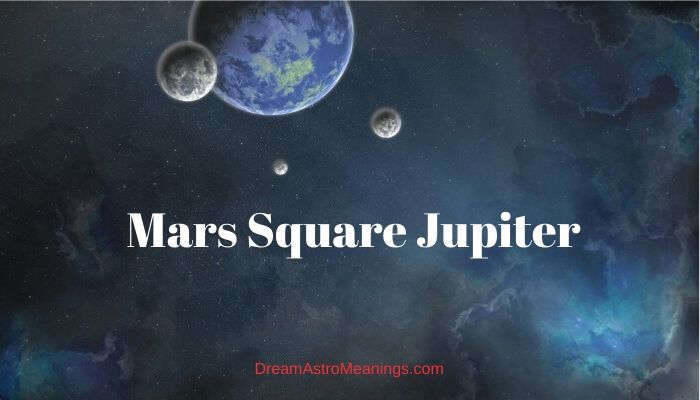 Astrology is the practice of using the meanings of planets in someone’s natal chart to determine someone’s character as well as their possible destiny.

Natal charts are charts of planetary positions made for the exact moment of someone’s birth.

The signs and the houses where the planets are placed at that moment as well as the aspects these planets are making, can give a lot of insight about these details.

They can sometimes with great precision describe someone’s personality and their likely choices in life.

The aspects are especially important when they are exact. They form when the planets are at a certain angle from one another. They influence the person’s traits, choices, as well as their life’s events.

There are different planetary aspects, but the most important division is on major and minor aspects. Major aspects such as Square, Opposition, Trine, Sextile and the Conjunction are the essential for determining traits and events, although minor aspects can have an important role as well, especially if they are exact.

Squares are considered challenging aspects, which bring lessons and obstacles we need to cross in order to achieve what we want. They form when the planets are at a distance of 90 degrees.

Depending on the planets forming this aspect and their nature (whether it is beneficial or malefic in general) the aspect will be easier or more difficult to handle.

This aspect works in a way that it activates problems and stimulates activity as well. This aspect is not always destructive and it is up to the person to use its creative power while dealing with the overwhelming energy this aspect can provoke.

Astrology can also be used to analyze relationship potential and determine the quality of a relationship and how likely it is for that relationship to last. Astrology does that through a technique which is called synastry.

Synastry compares the natal planets and charts of two people, by calculating the aspects between the planets, and analyzing the placements of the planets of one person in the natal chart of the other person.

The houses where one person’s planets fall into the natal chart of another person point out the areas where this person will affect that other person and influence their life.

The nature of the aspects and the placements of the planets in the natal houses of another chart can tell a lot about a relationship.

When the aspects are predominately beneficial in nature, the relationship between two people is usually smooth and they don’t experience major issues in maintaining their relationship.

If the aspects are challenging, the relationship will certainly go through ups and downs and if they issues become intolerable it is likely that it will end.

Challenging aspects can cause conflicts and they indicate basic incompatibility between two partners, and the relationship usually begins because there are some other factors such as physical attraction which mask the overall lack of understanding and emotional closeness.

The placements of the planets in the natal chart houses of another person can point out the areas where they can experience issues or easy contact. The issues in the relationship can be provoked by the individuals that are in the relationship or by outside factors.

The planet Mars is a small but fiery planet. It is covered by red iron dioxide which makes it appear red on the surface. That trait earned Mars the name “Red Planet”. Mars has a lot of similarities to the planet Earth.

This led people to believe that life on Mars will someday be possible.

Some people even believe that life on Earth descends from Mars, and that our ancestors came to Earth long time ago from this planet.

Mars is the ancient god of war and destruction in ancient Rome.

This planet has a powerful energy and rules the signs Aries and Scorpio. It is exalted in the sign Capricorn. When Mars is placed in these signs, it shows the best of its traits. Mars travels through one sign when it is in direct motion around two months.

Those influenced by Mars, especially if Mars has challenging aspects to other planets in their natal chart usually have an aggressive and impatient personality. They often don’t pay attention to their behavior and are often rude towards others provoking their reactions.

These people often have the need to be best in everything they do and usually possess a very competitive nature. Their character is dominant and they are prone to controlling others.

Jupiter is the largest of all planets in our Solar system. Jupiter is mostly composed of hydrogen and it lacks solid surface. The name of this god derives from the name of the Roman god of sky.

This was a much respected deity and was considered the king among the gods of the Roman pantheon. Jupiter remained on that throne until Christianity became the only religion replacing old pagan beliefs.

Since ancient times, Jupiter was considered a bringer of good fortune and wealth. Jupiter is still considered the most fortunate of all planets and a planet responsible for the person’s success and overall wellbeing in life.

If Jupiter is well placed in someone’s chart, it guarantees that the person will be financially secured and have a lot of chances to become successful in life.

It also rules exaggeration and overindulgence in things.

Jupiter is the ruler of Sagittarius and is exalted in Cancer. When placed in these signs Jupiter can exhibit its best traits. When it is in Capricorn Jupiter is in its fall and that position lowers its energy and influence.

Jupiter in challenging aspects to natal planets usually doesn’t cause some catastrophic events (but it can, usually related to finances); it can cause issues related to the areas ruled by Jupiter.

A well-placed Jupiter in the natal chart is a true blessing because it brings fortunate opportunities for progress and achievement of goals and desires.

Jupiter is a generational or social planet because it binds generations of people born during the one year transit of Jupiter through one sign. That means that people born within that year share these same traits.

Jupiter’s influence on an individual should be determined combining the influence of Jupiter in a certain sign, natal chart house, and the aspects it makes with other planets and natal chart angles.

Both Mars and Jupiter are planets with strong and active energy. The main difference is between their general natures. Mars’s nature is generally malefic, while Jupiter’s influence is generally benevolent.

When these two planets form a square between the natal charts of two people, this can cause a lot of strain and tension in the relationship.

The Mars person who is prone to control and dominant behavior won’t be satisfied with Jupiter’s ignoring of their desires and tendency to behave as they please.

Also, they might be irritated by their easy-going and relaxed approach oppose to their oftentimes tensed and nervous.

Sometimes Mars can have a gloomy and negative attitude towards things which is usually the complete opposite to the overly optimistic personality of the Jupiter person.

In this relationship the main issue might arise if both partners want to be the dominant side.

Mars and Jupiter have a different approach towards doing things and this could lead to quarrels and disagreements when they start proving each other that theirs’ is the best way to do something.

If both sides are immature, there is a slight chance that they might come to a compromise.

These two have a different approach to the intimate side of relationship. The Mars person seeks a deep emotional and intimate connection with their partner, while the Jupiter person can be a bit shallow in their emotions and considers physical intimacy more as a recreation and fulfillment of their desires rather than deeply bonding with their partner.

These two often have problem understanding each other and their desires.

In cases where the partners don’t have the desire to save the relationship or consider such a compromise too much to handle, the relationship doesn’t have much chance of being a lasting one.

In some cases, when two people share a square aspect between their Mars and Jupiter, especially if these planets have challenging aspects in their natal charts or with other planets in their partner’s natal chart, they could influence one another in a negative manner encouraging the other into unacceptable behavior and actions.

These two can have a very negative influence on each other.

This relationship can be very stimulating for both partners and produce a lot of energy, but this energy can be used for bad things. They might be prone to taking inconsiderate risks together which can put them both into jeopardy.

For some, this relationship can indicate conflicts and disagreements regarding the partner’s religious beliefs. Usually the Mars person might be the side that will disrespect the Jupiter person religious beliefs which might cause a lot of conflicts between them.

This aspect is often an indication of strong physical attraction on both sides, but an attraction which is not sufficient to sustain the relationship if there aren’t any other emotional and more reliable ties between them.

When someone’s Mars is square to someone’s Jupiter, that aspect is usually an indication of a strong physical attraction between these two.

This is not an easy aspect and can cause a lot of conflicts and disagreements related to subjects ruled by Mars and Jupiter.

Both individuals could easily get offended by their partner’s behavior and it takes a lot of maturity and compromise to find a way to overcome their differences. If there’s no such will the relationship is not likely to last.

The Mars person could be very serious and prone to negative thinking and could be irritated by the Jupiter’s “easy-going” approach to everything.

The Jupiter person could be upset if the Mars person tries to make fun and disrespect their religious beliefs and that could cause serious conflicts between them.

Also, the Mars person is usually prone to establishing deep emotional connections with their partners which includes physical intimacy.

In contrast, the Jupiter person considers psychical intimacy as a way to fulfill their desires and enjoy, and they are not very emotional as well.

There will undoubtedly be a considerable amount of physical attraction between these two, but that is not sufficient for the relationship to last for which some lasting bonds between their charts are required to exist.