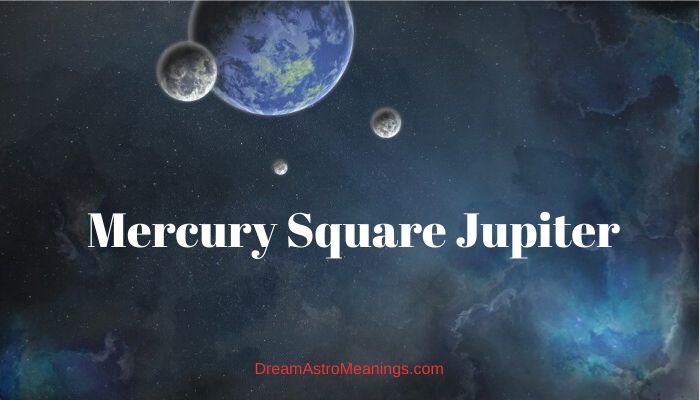 Stars have always intrigued people and they wanted to discover their influence on humans since ancient times.

Astrology developed from this desire and represents a practice of deciphering the meanings of the planetary placements in the natal chart of a person, created at the time of their birth.

A natal chart represents a frozen image of the sky in a certain moment. The predictions made by astrological techniques can be very accurate.

Planetary placements can define someone’s character and their life choices which create their destiny. Since ancient times astrological analysis has been used to make global predictions and horoscopes were made for rulers and important people throughout human history.

Astrology interprets planetary placements in signs of the Zodiac and the houses of the natal chart, as well as the relationships they make with other planets. They can give a lot of insight about a person, relationship, or an event.

The aspects can have different influence which all depends on the type of aspect. The influence can be beneficial or malefic.

The main division of aspects is on major and minor aspects.

Squares are considered challenging and malefic aspects. They produce a powerful energy between the planets, but they don’t allow this energy to flow naturally and are known to create blocks in expressing the traits of a planet, or they act in a way of activating the worst traits of the planets forming the square aspect.

Astrology is also used to analyze relationships and their potential. For that, it uses a technique called synastry.

The houses triggered by the other person’s planets are the areas of life where that person will influence the owner of the natal chart.

These details can tell a lot about a relationship. If the aspects between two natal charts are predominately beneficial, it is likely that the relationship will be harmonious without any significant issues.

The relationship will be full of compromise and mutual support between the partners.

With predominately challenging aspects between the planets of two charts, the relationship doesn’t have much chance of being a harmonious one.

Challenging aspects cause a lot of tension between two people and ask for a lot of tolerance and compromise on both sides to maintain the relationship.

Two people bond by challenging aspects usually don’t share many common traits and they need to tolerate the other person’s differences. The relationship can last but it will most likely be hard to sustain.

These aspects can be the cause of conflicts between the people and often indicate an essential incompatibility between them.

If it is a romantic relationship it often starts because of some other factors like physical attraction and its intensity which usually tends to mask the sometimes obvious differences between two people and lack of understanding between them.

The houses where the partner’s planets are in the natal chart describe the areas of life where the person might experience issues with their partner or where the relationship flows.

The planet Mercury is a tiny planet, smallest in the Solar system. It was the second smallest up till recently when Pluto was taken away its planetary status and declared a dwarf planet.

It is closest to the Sun and only the Moon moves faster. It takes Mercury around 88 days to circle the Sun.

Like the Roman god its name derives from, Mercury is the ruler of communication, news, travel, trade, trickery, deceit, lies, good fortune, etc.

Mercury rules Virgo and Gemini. People influenced by this planet are usually very communicative, have a quick thought process and fast reactions. They could be prone to trickery and manipulation of others.

Typical Mercury type is not an emotional person, and has a rational approach to life. Mercury people are very curious and learn fast.

They often choose occupations where they can communicate to people, or somehow related to communication and human relations. They often have an overly rational approach to life and can be very practical.

Opposite to Mercury which is the smallest planet in the Solar system, the planet Jupiter is the biggest known planet. Its composition is mostly hydrogen and Jupiter doesn’t have a solid surface.

Jupiter is the name of the Roman god of the sky. Jupiter was a highly respected god in the Roman pantheon considered as the king of all gods. It remained there until Christianity suppressed paganism.

When someone has Jupiter well-placed in their natal chart it is realistic that the person experiences great success and prosperity in their life. If the person is not born wealthy they will most likely experience circumstances that will lead them into fortune and abundance.

A person with Jupiter in beneficial position in the natal chart and well-aspected with other planets, especially beneficial ones, guarantees the person’s financial security and enables the person with a lot of opportunities to become wealthy and successful.

Jupiter rules Sagittarius and its exaltation is in Cancer. In these signs, Jupiter has most power, while in Capricorn which is the sign of its fall, Jupiter loses its strength.

When Jupiter is well-placed in the natal chart that can be considered a major blessing for the person because it helps the person achieve their goals and lead a successful life. It is also responsible for the person’s financial stability.

Challenging aspects of Jupiter are often the cause of lack of opportunities, jeopardized financial security, money losses, etc.

Because it takes around a year for Jupiter to cross one sign, Jupiter’s traits in a certain sign are shared by all the people born during that year.

It puts Jupiter in the category of social or generational planets, which also influences generations of people.

When determining how Jupiter is influencing someone, it is important to consider this planet’s aspects and house placement, and not just the sign.

When someone’s Mercury is forming a square aspect with someone’s Jupiter, this can often cause some problems in communication or one side making promises they cannot keep.

This aspect does not have a devastating effect. This aspect often creates a need to compete between two people and the subject of competition is usually around subjects of knowledge.

This contact is usually followed by a lack of understanding and inability to accept different points of view and beliefs.

The Mercury person might appear too shallow for the Jupiter person. Jupiter is usually focused on the spiritual side of life, while Mercury type is practical and concerned about day to day happenings.

If they can manage to control their urges to criticize all that is different from their beliefs and ideas, they could both learn much from one another and adopt the useful traits both of them possess.

If they manage to do that, these two can get along well, because they are intellectual planets always interested in expanding their knowledge. Curiosity is a trait they both share.

If there’s a lack of good will to overcome each other’s differences, this relationship is not likely to be a satisfying one. Both of them might try to make fun of the other’s point of view, which will lead them nowhere.

If this is a relationship between coworkers, it might cause tensions and lack of cooperation. If it exists between the natal charts of a romantic couple, it is likely that both partners will hurt each other with their inconsiderate remarks usually regarding their intelligence and knowledge.

A square aspect between someone’s Mercury and another person’s Jupiter is a problematic aspect that causes communication problems and competitiveness between people related to the subject who is smarter or has more knowledge on certain subjects.

These issues might seem irrelevant to many people, but for Mercury and Jupiter which are both intellectual planets, they can be insurmountable.

If these two don’t find a way to become more tolerant to each other’s opinions and ways of seeing things, their relationship might suffer and end.

They are both curious and interested in expanding their knowledge but their basic approach and interests differ a lot. Mercury is practical and focused on the daily subjects while Jupiter tends to focus on the bigger picture and has a philosophical view on things.

Their views and subjects that occupy their thoughts might be perceived as unrealistic and a waste of time by the Mercury person, which can really upset and insult the Jupiter person. The Jupiter person might make fun of Mercury’s rationality and lack of spirituality.

If they manage to find a way to overcome their differences, theirs might become a relationship which could be a source of inspiration and expansion of horizons, where both partners will transfer their insights and points of view on each other.

If they don’t manage to do that, the tension and intolerance will begin piling up, and it will cause a breakup due to irreconcilable differences.

This is a difficult contact between colleagues at work because it prevents their cooperation and builds tension and competitiveness between them. It is best if these two might avoid working with one another.