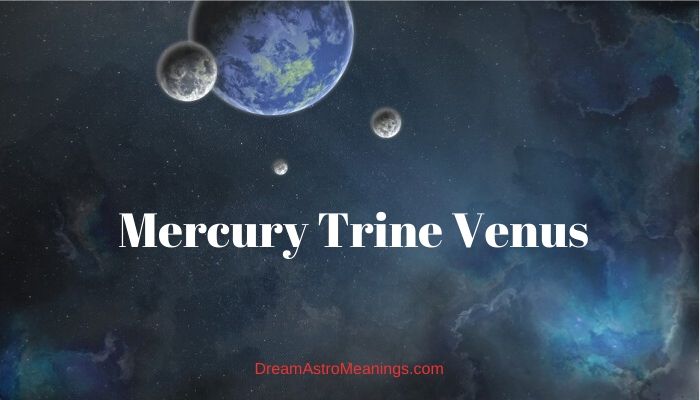 Astrology represents a study of the influence of the planets and stars, as well as other cosmic objects on human lives and the world in general. Astrology is very old; the oldest written records of astrology date back to the ancient Babylon.

Astrology analysis is mainly based on analyzing the natal chart which is a chart made for a certain moment in time. This chart contains the planetary placements in that moment.

Astrology mainly analyzes the planets in different signs of the Zodiac, their position in the natal chart, and the aspects between them.

The meaning of the planets in different signs, especially of the so-called personal planets like Sun, Moon, Venus, Mercury and Mars, is very important for determining someone’s personal traits.

The placement of planets in the natal chart houses determines the areas which are significant for the person and where the most action is likely to take place.

Aspects between the planets reveal personal traits and possible events that might happen.

Aspects are very important for every astrology analysis. They represent certain angles formed between planets.

The major aspects are conjunctions, squares, trines, oppositions, and sextiles. There are minor aspects as well but are not as significant as the major aspects. Some astrologers don’t use them in their analysis at all.

Aspects also differ in nature. They can be fortunate and challenging in nature. Fortunate aspects create opportunities and easy fulfillment of goals, while challenging create obstacles and sometimes prevent the person from achieving their goals.

Challenging aspects require a lot of patience and effort to overcome the difficulties imposed by the aspect.

Trines represent fortunate aspects. These major aspects create fortunate opportunities and help the person in achievement of their goals. Everything comes with ease with the trine aspect.

Besides using it for analyzing individual birth charts, or doing some other astrology analysis, astrology can also be used to analyze relationships and the compatibility between people.

It is called synastry. In its basic analysis, synastry compares the birth charts of two people, determines the aspects between them and the positions of the planets of one partner into the natal chart of the other partner.

This analysis can give valuable information about the relationship.

The planets in the houses of the other natal chart reveal which areas of life of the owner of the natal chart are likely to be affected by the person owner of the planets. The aspects between their planets reveal their basic compatibility.

If the aspects are mainly favorable, this usually indicates a harmonious relationship and compatible characters.

They are tolerant towards their flaws and differences and resolve their issues quick because they want to maintain their relationship.

Challenging aspects usually indicate lack of compatibility between two people. They usually don’t want to make much effort for the relationship and they don’t tolerate each other’s differences.

These aspects often create conflicts between the partners and in worst cases, they might create violence.

These relationships are often short-lived. If they do last longer, both partners pay a high price for putting up with an unsatisfying relationship.

In some cases, synastry analysis shows that there aren’t any significant aspects between two natal charts.

This is often the case when there isn’t enough interest on both sides to start a relationship.

The name Mercury is borrowed from the name of ancient Roman god of trade and travel.

Mercury was also considered messenger of gods, trickster and deceiver.

The place where Mercury is in the natal chart shows how we express our thoughts. People influenced by Mercury are very smart and quick witted.

They are communicative and love being around people. They are very curious and love learning new things.

They also love to gossip and enjoy learning the newest ones. They usually choose professions where there get into contact with a lot of people.

When Mercury has challenging aspects, this could make the person prone to lies and deception. They could also be prone to others lying to them and deceiving them (although that is a rare occasion).

These people can be very manipulative because they are very smart and easily spot other people’s weak spots.

Mercury people are usually not very emotional. They have a rational approach towards things and even love matters, and are usually very practical.

They love listening what others have to say and love to talk a lot as well.

Venus is the planet ruler of beauty and love. It also rules romance, partnerships, relationships, and all things related to partnerships.

The name Venus is the name of the ancient Roman goddess of love and romance.

Venus is a planet close to the Sun and never distances much from the Sun.

Because of its brightness, it is often named the “morning star” or the “evening star”.

Those influenced by Venus usually love beauty and beautiful things. They enjoy being around people and don’t like loneliness. They cannot be single for a long time. These people love all kinds of companionship.

They are beauty lovers and creators. They are often artistically talented and creative. They know how to dress well and know how to decorate their houses so that people admire them.

They love buying beauty items and often spend a lot on such things. They are often good looking and attractive. They love luxury and are often able to provide it for themselves.

Venus in challenging aspects can make these people reckless with spending money.

Because they can be overwhelmed with beautiful things they can be prone to spending way beyond their means and jeopardizing their finances.

In worst cases, they can be prone to emotional manipulation to make others buy things for them.

They often buy things they don’t need. With challenging aspects these people can be selfish, self-absorbed, and lazy. They might be focused only on themselves and their needs and using others. This is the bad side of Venus.

When Venus’s aspects are harmonious, it creates gentle and well-mannered people who take care of other’s needs and are a joy to be around.

They enjoy helping others and do it without expecting anything in return. They are excellent in any kind of service work.

When one person’s Mercury makes a trine aspect with another person’s Venus, this creates relationship where both partners will enjoy their communication and being in each other’s presence.

They love talking about things of interest to them, and they usually expand each other’s horizons in areas such as culture, literature, art, music, and others.

Mercury is very curious and is interested in what Venus has to teach him. Venus’s subjects are mostly related to beauty and creating beauty.

Mercury might inspire Venus to talk about things she loves. Mercury will be inspired to talk about literature and other forms of communication and Venus will be a thankful and supporting listener.

These two also love talking about pleasures and doing things together.

This is a flowing aspect which helps the relationship stability and long life because it eases the communication between the partners.

They feel at ease talking about any subject in each other’s presence, especially about the things they love most.

There is usually a lot of understanding and support between these two.

This is an excellent aspect for any kind of relationships, not only romantic ones because it promotes feelings of friendship and sincere support.

This aspect brings calm and harmony in any relationship. They enjoy sharing their experiences and having someone who sincerely enjoys and appreciates what they have to say.

The Mercury/Venus aspect in synastry is an excellent aspect that supports communication between the partners.

They feel relaxed talking about their favorite subjects in each other’s presence.

They also stimulate each other to present their ideas and desires. This is an aspect of friendship and support.

They both enjoy being in each other’s presence and appreciate what their partner has to say.

They can inspire each other to expand their knowledge in their partner’s areas of interest.