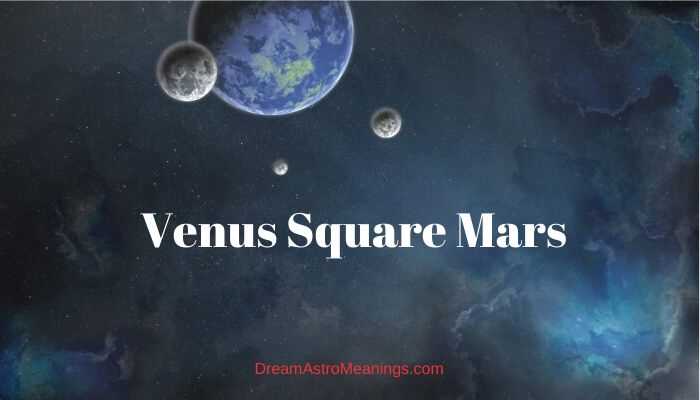 Astrology is a valuable tool for determining people’s nature and their characters. It can also be used to try to determine someone’s life path and destiny they are likely to encounter.

Astrology analyzes the planets in the natal chart, especially their placements in the signs and houses and the aspects they are making. Aspects represent relationships between planets formed when they are at a certain angle from one another.

When the natal positions are triggered by transits and progressions, this could indicate the periods when the most significant events in the person’s life will happen.

If the aspects between their planets are predominately good the relationship has a likelihood of being a lasting and harmonious one. The partners enjoy being together and their relationship is smooth.

If the aspects between the charts of two people are challenging, that is not a good sign for the stability and longevity of their relationship which is likely to be filled with conflicts and arguments.

The couple might encounter obstacles and problems in their relationship which can emotionally drain them and cause the relationship to end if there isn’t enough willingness on both side to make compromises.

It is essential to also interpret the placements of the planets from one chart into the natal chart houses of the other person’s chart to determine the areas where that person is likely to influence the owner of the natal chart.

The technique astrology uses to interpret relationships between people is called Synastry.

Synastry is a way to determine whether two people are compatible or not using astrology principles and meanings.

The planet Venus is a bright star, which is visible on the night sky. Venus, also known as the morning star or evening star, was an object of worship of many ancient people. This planet never distances much from the Sun (never more than 48 degrees).

Venus was the goddess of beauty, romance, and love in ancient Rome. The planet Venus rules these matters in astrology as well.

This planet is the ruler of Taurus and Libra and it is exalted in Pisces. These are the signs where this planet feels most comfortable.

People who are influenced by the planet Venus are usually good looking and beauty lovers. These people love art and beauty in all forms.

They also love looking good and are often stylish and well-dressed. They also love house décor and in general love being surrounded by beautiful items and people, and spending time in beautiful environments.

These people usually have good taste and people often copy their style. They love comfort and luxury and often manage to provide it for themselves. They are often following fashion trends and buy the latest fashion items and accessories.

People ruled by Venus don’t like being alone. They are relationship types and don’t remain single for a long time.

These people love the company of others and prefer any company to no company at all.

The planet Mars is sometimes called red planet because of the red iron dioxide that covers its surface. Mars is a small planet.

Scientists have discovered that Mars has many similarities to our planet and there is a belief among some that life will be possible on Mars for the human race sometime in the future.

Some people believe that life was present on this planet in the distant past and that we are in fact the descendants of these beings which once inhabited Mars.

The name of this small planet comes from the Roman deity of war.

In general, people under the influence of Mars usually have violent and aggressive nature.

They are very energetic and often prone to outbursts of anger and getting into fights and conflicts with other people. They need to have their way and they are very competitive.

Usually these people are egocentric and believe they are better and more capable than others. They are not very tolerant and could have a dominant nature prone to imposing their will onto others.

These people have powerful energy and personality. They are also brave and often aggressive even if they don’t have the habit of attacking people. It is their attitude.

They usually don’t control their reactions and their strong attitude can hurt people. They are honest and openly and loudly express their opinions.

They usually have a problem when they need to agree with someone and accept their opinion. They are prone to having “I am always right” attitude, which can be considered annoying by others in their surroundings.

The natal house where Mars is placed in the natal chart indicates the area of life where the person might experience conflicts and other Mars ruled circumstances.

When someone’s Venus makes a square to someone’s Mars that will cause their relationship to be quite stormy and unpredictable. This aspect causes a lot of attraction between the partners, but they are prone to hurting each other with their reactions.

The Mars partner is usually the stronger side and their behavior and reactions will often cause the Venus partner to be upset or hurt.

This is a relationship where there is usually a lot of physical attraction on both sides and in this case, if there are harmonious connections between other planets, this aspect won’t jeopardize the relationship and simply add a bit of excitement to it and make it more interesting and fulfilling for both partners.

If the aspects between other planets are also challenging, or there is attraction only on one side, the relationship is likely to be full of tension, conflicts, and aggression that will eventually cause the relationship to end.

The Venus person usually perceives the Mars’s approach as overly direct and inconsiderate. The love between these two usually exists, but it is overshadowed by episodes of conflicts.

Mars usually wants to talk and get things out so they could be resolved, but the Venus person often tends to keep their feelings inside, and they typically retreat, refusing to talk about the issues that exist between the partners, thus making them grow worse.

With this aspect separations and coming back together are likely. These two can argue much and reconcile in a passionate embrace. It is important for couples who have this aspect between their Mars and Venus not to let issues pile up, but find time to resolve them immediately as they arise.

This way the partners will build mutual trust, get to know each other more, and their relationship will become stronger.

By ignoring the problems or trying to solve them with conflicts or worse, by refusing to talk about them at all, the partners could jeopardize the relationship and cause it to break.

Usually the Mars person will be the dominant side in the relationship and will try to impose their will and ways of doing things to their Venus partner.

In most cases, the Venus partner won’t have any choice but to follow Mars’s guidance and desires.

If the Venus partner is someone who prefers being guided than guiding others, this won’t be considered bothersome; in fact, they might be satisfied with the Mars person taking on the leading role.

If, on the contrary, the Venus person has a personality that is strong and dominant as well, it is possible that there will be a constant fight for dominance in this relationship, and there is no way of knowing the way it will end.

When these patterns arise in a relationship and the partners realize that they are not easy to resolve by talking about them and paying attention to their behavior, the wisest thing would be to seek help from a professional counselor who could help the partners resolve their issues.

In some cases, when the natal charts of both partners are severely conflicted and there aren’t any aspects that could help the partners overcome the existing differences, the relationship between them could become very violent and even involve physical violence and abuse.

It is up to the partners how much mistreat they could handle and the relationship will last accordingly to that amount of their tolerance.

The physical attraction in this case is still very strong and this aspect could keep the relationship alive for some time, sometimes for a long time depending on the personal preferences of the partners.

In the worst case scenario this relationship could end up hurting both partners, and emotionally scaring them.

This relationship could be a great learning experience for both partners, if they are willing to fight for their relationship and make it work. The battles and the conflicts might be used to discover the flaws on both sides and help the partners improve themselves by getting rid of unwanted traits and beliefs.

The attraction with this aspect can sometimes be unexplainable to both partners.

If the Venus is the women partner and the Mars is the male partner, they will both play their natural roles in the relationship, although the male will come on too strong.

If the relationship is between the male’s Venus and female’s Mars, the woman might be the one who will be more aggressive in this relationship and the male will take on a more reserved role, being the one who is pursued rather than pursuing.

This aspect will certainly create a dynamic and energetic relationship full of happenings. The partners won’t get bored, that is certain. In most cases, they won’t lack satisfaction from their intimate encounters as well.

The Mars person will know how to turn on the heat and awaken the passionate side of their Venus partner.

Dealing with this aspect takes a lot of maturity as well as intention and desire to maintain the relationship.

In many cases, when the physical attraction begins to fade, the partners realize that they are not that much into each other because they don’t have other bonds and interests that can keep them together in the long run.

The relationship between partners whose Venus and Mars are creating a square aspect is usually turbulent and energy draining for both of them.

This aspect creates a lot of fire and attraction and that will most likely be the first that will draw these two together. Their intimate life is usually an object of envy and in most cases is the strongest bond that exists between these two.

This relationship is usually filed with conflicts and fights for domination, or one side, usually Mars, is trying to dominate the other.

This relationship is difficult to maintain if there isn’t enough will and effort on both sides to keep the relationship.

If the partners allow the conflicts and disagreements to pile up without solving them in time, chances are slight that the relationship will be lasting regardless of the fantastic psychical connection between them.

It is necessary for the partners to address the issues as they arise and try to establish trust and respect for each other’s differences.

The main thing we should say about this aspect is that it can bring people together, but it cannot easily keep them together, unless there are some other supporting aspects to these planets and in between their natal charts.

If that isn’t the case, when the attraction begins fading, the partners might realize that the relationship isn’t at all satisfying their needs and decide to find another partner.