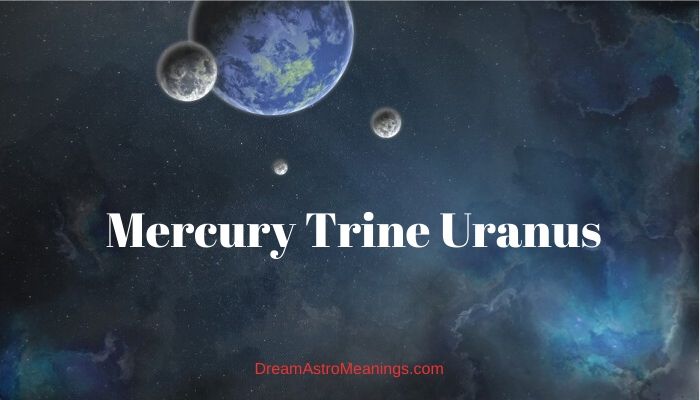 Astrology is a study of the planets’ influence on humans and the world in general. That is a very old discipline, which consists of knowledge and experience gathered during centuries and millennia.

The oldest written records of its existence date back to ancient Babylon.

What astrology does is analyzes the positions of the planets in a specific moment of time and their meanings. This moment it’s usually the time of someone’s birth, for which a natal chart is calculated.

Astrology then analyses these planetary positions and makes conclusions about their meaning.

Personal planets in the signs of the Zodiac give a lot of insight about the person’s character, as well as their desires and preferences in life.

Also, the aspects between the planets reveal a lot about personal traits, and the placements of the planets in the houses show the areas of most interests and activities for the person.

The aspects are angles between two or more different planets. The aspects planets are making in one natal chart reveal a lot about the person as well as the possible events the person might encounter during their lifetime.

The aspects can have favorable nature or they can have a challenging nature.

Aspects with favorable nature tend to create great opportunities for progress and achievement of goals. They allow planets to openly express their nature and energy as well as to co-operate with one another.

When the aspects are challenging, this gives a different picture. Such aspects can create conflicts, disagreements, block or delay achievements, etc.

They usually require patience and effort to accomplish a goal. In some cases, they completely prevent the person from getting something they desire.

Aspects can be divided in two categories: major and minor aspects. Both these categories can have a harmonious or challenging nature.

Trines are harmonious major aspects and are considered the luckiest of all. They bring good luck and create wonderful opportunities for success and progress without much effort.

Astrology can also be used as a means to analyze relationship potential.

For many people, this might sound impossible, but this analysis is very accurate and useful. The technique astrology uses for analyzing relationships is synastry.

When doing synastry analysis, astrologers first analyze individual charts because they need to determine the characters and personal preferences of the two people involved in the relationship.

After that, they compare the birth charts of two people, analyzing the aspects between the planets of the partners and the planets’ placement in their partner’s charts.

The placements of planets in the partner’s chart are very important because they show the possible areas where the relationship will influence the person owner of the birth chart.

For example, if the aspects between two birth charts are mostly negative and challenging this is usually an indication that the two people don’t have compatible natures.

This is often a sign of disagreements, lack of tolerance, conflicts, lack of interest, lack of will on both sides to maintain this relationship, etc. In some cases, this is a sign of aggression and violence between the partners.

Such relationships are often short-lived or when they last longer, they become a tormenting experience for the partners.

On the other side, when the aspects are beneficial, this is usually a sign of mutual understanding between the partners and overall compatibility between their characters.

These two are willing to maintain their relationship and are tolerant to each other’s flaws and differences. They want to put in the effort to keep the relationship alive and a satisfying experience for both. These are usually lasting unions, which their partners enjoy.

Sometimes, synastry analysis discovers that there are no significant aspects between the natal charts which is usually a sign of lack of interest between the parties.

Mercury is a mini planet. It is now the smallest planet after Pluto was denied planetary status.

The planet is very close to the Sun; in fact it is the closest to the Sun. It moves very fast and it takes about 88 days to move around the Sun. In ancient Rome, Mercury was the god of trade and travel; he was the messenger for the gods and was sometimes considered a trickster.

Because it is the planet of communication, Mercury in our natal chart shows the way we usually communicate our thoughts and the level of sociability we possess.

Mercury people usually love to be surrounded by others, talking to them, meeting new people, etc. They are usually very intelligent and their mind works fast. They are very curious and always seeking to gain new knowledge.

Their curiosity and quest for news often makes them prone to gossiping. This people usually choose professions where they can use their communicative skills and sociability. They love talking, but also love listening to other people talk.

When Mercury is afflicted, this often gives the person negative traits off Mercury. The person might be nervous, prone to lying and deception, as well as manipulating other people.

In some cases, these people might be the ones who are prone to being manipulated by others.

In general, these people can be very manipulative because of their quick wit and eye for details. They easily spot other people’s weaknesses and then use them against them.

Mercury people are often not very emotional; they are mostly considered practical and rational.

The planet Uranus is very cold, and with temperatures of up to -224 degrees Celsius, this planet is the coldest of all planets in our Solar system. Uranus doesn’t have a solid surface; it has a ring system and 27 moons. Its inside is mostly ice and rocks.

The planet Uranus was named after the ancient Roman god of the sky; the father of Cronus and grandfather of Zeus. He was one of the oldest deities for the ancient Greeks.

Especially when Uranus is afflicted, this planet can cause disasters and events that completely change the person’s life for the worse.

In some cases, when Uranus is making beneficial aspects, it also causes changes, but they have a transformative effect for the better, often to clear the path for new things to come. Uranus ruled events are usually beyond the person’s control.

It is also the ruler of transportation, especially air transport and aircrafts.

People who are under Uranus influence tend to be very unpredictable and in some cases they can be inconsiderate about other people’s feelings. They sometimes intentionally behave rude and inconsiderate, just to shock people.

These people are very independent and they value their freedom more than anything. They want to be the creators of their own destiny. These people love making changes and they often make them.

Uranus ruled events often happen during major transits or progressions triggering natal Uranus. These events are usually shocking in nature and have a transformative effect.

Uranus is often the initiator of breakups. Uranus is one of the generational of planets and it inspires big transformations in Society.

The combination of Mercury trine Uranus in synastry is great for inspiring and interesting communication between the partners.

They are both very intelligent and quick witted and enjoy in the exchange of ideas. Both of them will admire each other’s intellectual capacity.

Mercury will be fascinated by Uranus’s innovative approach towards things and finding new solutions and ways of doing things. Uranus will enjoy listening to a variety of information Mercury has to offer.

These two will influence one another in a positive way. They will also enjoy experiencing adventures and new things together. They love traveling and often choose some interesting and inspiring destinations where they can expand their knowledge and experience.

These two are usually very sociable, especially the Mercury person, and love going out and meeting new people.

This aspect can help the partners change their beliefs and ways of thinking. It is a great supporting aspect to neutralize the effects of some negative aspects primarily because it eases the communication between the partners.

The Mercury trine Uranus aspect in synastry is a great aspect that promotes communication and harmonious interaction between the partners.

They are both very intelligent and quick-witted which is something that attracts them in the first place. They admire each other’s brains and ways of thinking.

Mercury will be fascinated with Uranus originality and uniqueness and Uranus will admire Mercury’s knowledge and structured thought. They will have many interesting experiences together.

This is a good relationship mostly because it is intellectually stimulating for both partners.

The Mercury trine Uranus aspect will help neutralize some other negative aspects between their charts.

This is also a great aspect for other kinds of partnerships because it helps cooperation and mutual understanding between the two people.