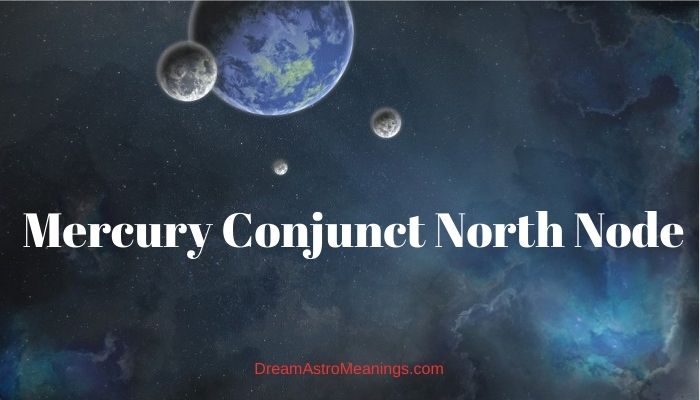 The planet Mercury represents the mind and the ability to learn, it is a symbol of thinking and communication.

All activities that coincide with these topics belong to Mercury activities: reading, writing, and thinking, talking, discussing, listening, and exchanging ideas.

The ability to recognize facts and things, to analyze them accordingly and to give them the right name, is a quality of Mercury. But business acumen and practical relevance are also part of it.

Intelligence and understanding in their respective quality are symbolized in Mercury.

The zodiac signs Gemini and Virgo correspond to Mercury, its home is the third and the sixth house. Mercury is closest to the sun and orbits it in 87 days.

In fact, it never moves more than 30 degrees away from her.

On the physical level, Mercury stands for intelligence and understanding, for the nervous system, for healing and for the respiratory organs. Study and research are ascribed to him secularly, but Mercury is also favorable for magical acts. Talismans: mercury, opal and agate.

Memory, imagination, analysis, and rhetoric, all-round interest: these are certainly positive qualities, but Mercury is also a symbol of the ambivalence of these abilities. Intelligence or know-it-all? Informative exchange or chatter? Research in favor of the common good or inhuman coldness, malice and malice?

A person with positive Mercury qualities is intelligent, interested, and open to new things and is not too good to lend a hand. He approaches the environment with an open mind, discusses, exchanges ideas, analyzes and organizes what has been experienced and seen. Optimally, Mercury is in an advantageous aspect with the sun in the horoscope.

Mercury symbolizes another important function in human life: in Greek mythology, it was considered a messenger of the gods. In this respect, Mercury is the mediating link between different levels, which, as it were, provides the translation service.

For example, a good scientist has his role model in nature, which he brings to the benefit of the general public in useful technology, in healing medicine or in other innovative areas. The ability to communicate with other people is also shown in Mercury.

The Mercury side in humans embodies the following questions: What am I interested in? How do I absorb information and how do I deal with it? What am I thinking about? How can I put these thoughts into words and discuss them with others? What do me really know, how can I get knowledge?

In the personality analysis with psychological astrology you will learn more about the position and the meaning of Mercury in your horoscope:

The astrologically sound and psychologically in-depth personality analysis is calculated individually for you with your personal dates of birth and interprets Mercury in the signs and houses with aspects, retrograde Mercury.

In addition to Mercury, the following are also interpreted: Sun, Moon, Venus, Mars, Jupiter, Saturn, Uranus, Neptune and Pluto as well as Chiron and Lilith in the signs and houses with aspects (conjunction, harmonic and tension aspects), planets at AC, DC, im Square and in harmony with the AC.

paradise wants to finally materialize nuclear war Higher Taurus all material manifestations considers their connections with the subtle world for him the higher and lower beginnings materialize, and spiritual work becomes almost physical.

Therefore, Taurus lies in wait for the danger of primitive analogies and a somewhat straightforward nature of the perception of spiritual life, he needs to learn to feel the boundaries your intuition is sharp enough anyway.

Kazimir Malevich 23 02 1878 Russian and Soviet artist, teacher, philosopher, art theorist Founder of Suprematism lat is the highest avant-garde trend in abstract art The most famous master’s work in this direction is Black Square, written in 1915. In it they saw the embodiment of a new philosophical idea of ​​art, about which from a positive standpoint they said.

It is very difficult to live next to such a connection for any people in any case of marriage, friendship or business communication.

Good aspects of Jupiter with Mercury also indicate a harmonious relationship between partners, however, predominantly their intellectual communication with each other.

The optimism and expressiveness inherent in the Jupiterians often contribute to expanding the mental horizons of the Mercurians, and in addition, partners are likely to have common religious and metaphysical interests.

Opposition, a square and a quincunx may indicate the desire of the Jupiterian with all his might to convert his partner to his faith, imposing his views and way of thinking on him.

Through the connection of the personal planets of one partner with the Rahu North Node of the Moon of the other. You should be more balanced and fight absent-mindedness.

This position of the Sun in the chart means that a person’s path, desirable for karma, is directly related to his development as a personality of the Connection of the Lunar Nodes North Node – the Sun.

Stephen Paul Jobs, known to everyone as Steve Jobs 24 02 1955 cosmogram American entrepreneur, designer and inventor, outstanding creative He was called the Leonardo da Vinci of our time Co-founder and head of the world famous manufacturer of intelligent computing technology and software Apple

The cosmogram does not give the right to claim that his on the map, we see, as in Gates, the natal conjunction of Eris with the Moon. But astrological intuition allows this to be done if the time of birth of Steve Jobs falls between 7 a.m. and the end of the day local time in San Francisco.

It is not the purpose of this article to trace all possible positions of the Lunar Nodes by sign, house, and their aspects with the planets. We will concentrate on studying the connections of planets with the Lunar Nodes, taking into account an orb of 56 degrees.

Trace all possible positions of the Lunar Nodes by sign, house, and their aspects with the planets. Is the purpose of this article we will concentrate on the study of planetary connections with the Lunar Nodes, given an orb of 56 degrees.

Let’s examine how planetary energy is brought to the fore by a planet hitting the Dragon’s Head or Tail, according to the problems discussed Remember that the Lunar Nodes are points on the ecliptic, where the ancient serpent-dragons swallowed the Sun and the Moon, where the divine touches the personal.

Likewise, during the 19-year period of Saturn, if the Head of the Dragon is in Aries, conjunction with the Ascendant, the corners, the XI House, this means health, well-being, honors, the acquisition of property, pilgrimage and the satisfaction of desires.

Jupiter’s connections of partners are favorable for their mutual understanding at any level. Without jokes, fun and pleasant pastime, all this is the beginning of the Jupiter relationship will be insipid and rather boring If Jupiter of one of the partners forms aspects with the Sun of the other, this enhances the manifestation of the best qualities of this planet.

In the dissonance of the tauquadrat, the loss of orientation on the path of life the intellect finds all new good reasons not to go in a given direction Dull, senseless defense and an attempt to hold the old, long-lost positions.

Before you say something, think, otherwise it will be said the wrong thing and at the wrong time Deeper take an interest in the world around you, awareness of current trends will help you realize your professional ambitions.

When the Dragon Tail is with the VIII House of Mercury, the life of the born will be interrupted by a deadly medicine or black magic.

When the Dragon Tail is with the Moon in the VIII House, the born will die, poisoned by a laxative, or after eating a deadly drink. In practice, this aspect is similar in its manifestation to Mercury – Ascending Node

The danger of this aspect lies in the misuse of force.

Most of the respondents have a combination of Mercury and YULU in their charts. Changes at work, in the immediate environment and communication are common.

Otto von Bismarck 01 04 1815 statesman, world-class official of perception Reich Chancellor of the German Empire, Iron Chancellor, one of the founders of the mercury pension system. The public consciousness has its own unshakable image.

The effect of passing the North Node through House VII usually leaves behind something like a destroyed bridge, a certain limit that alienates us from a spouse, partner, companion or employees.

As you can see, the boundaries of which the orb of conjunction can form , are quite extensive But even if we do not take into account this astrological flaw, the combination of these symbolic elements of consciousness leaves no doubt, looking through the very line of life with worldwide fame and the peculiarities of self-expression through thoughts and phrases. Some of them are cited here Source.