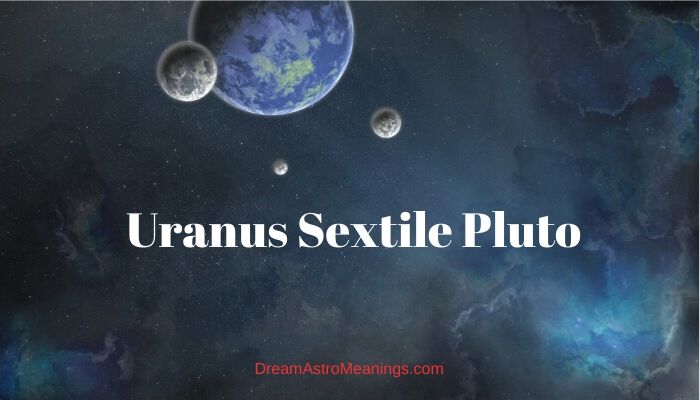 Astrology is an old practice of determining possible events that will happen in the future.

It can be also used for determining the personal traits of an individual and the path of their destiny by interpreting the positions of planets and their aspects in the natal chart made in the moment of the person’s birth.

Although astrology has demonstrated its accuracy many times in the past, it is still not recognized as a science.

The natal chart represents a frozen picture of the sky and the planetary positions for a certain moment in time (when the person is born).

The aspects formed by the planets in this natal chart have a great influence on the person’s personal traits but they also influence the events this person might experience during their lifetime.

The main aspects are the Conjunction, Opposition, Square, Triangle and Sextile. There are many minor aspects, such as Semi-Sextile, Septile, Semi-Square, Quincunx, etc.

All aspects with tight orbs are the most important for the events that the person might experience during their lifetime as well as their character traits.

Sextile is a harmonious aspect, similar to the Trine. Some astrologers call it the “lesser Trine”. Sextile is formed when two planets form an angle of 60° degrees (the tolerance is 5° +/- or 55° to 65°).

This aspect is responsible for the harmonious relationships between planets which allows cooperation of the planets and enables them to express their potential fully.

Sextiles are formed between signs in complementary elements, like water and earth and fire and air. The energy of planets which form a Sextile is cooperative and harmonious, and the planets have the chance to express their best qualities.

Sextiles form the person’s talents which are related to the areas ruled by the planets that form a Sextile as well as the houses where these planets are placed.

People with a lot of Sextiles in their natal charts are blessed with many opportunities to expand their talents and achieve success in their desired areas.

The bad thing about this planet is the fact that easiness with which the person usually accomplishes their goals tends to make the person lazy and creates a tendency to procrastinate and postpone actions because the person knows that new opportunities will arise if the present ones are missed.

That isn’t a good thing for the long run, because it makes the person waste a lot of time, and in many cases, this person doesn’t manage to use all their potential fully.

Sextiles are often responsible for creating lack of ambition in people, unlike squares which promote action because the person is in constant struggle and fight to get what they desire.

Transiting planets creating Sextile aspects often introduce new opportunities in the person’s life, and they can also indicate important people entering their life, people that might transform their life in some way, or help them discover and develop their talents.

Uranus is a planet with similar composition to Neptune, and is predominately ice.

Uranus is considered the coldest of all planets in our Solar system, with temperatures reaching -224°C.

The exterior of Uranus is made of cloud layers, and the interior is mostly made of rocks and ice. Uranus is composed of rings. This planet has 27 moons.

Uranus’s name comes from the Greek god of the sky. He was the grandfather of Zeus and father of Cronus. Uranus was one of ancient Greeks first gods.

In astrology, the planet Uranus symbolizes unpredictable events that usually completely transform our lives. This planet also rules genius people and geniality. It is the ruler of discoveries and inventors. It is also the ruler of creativity and creative people.

Uranus is also the ruler of unexpected and sudden events, abrupt changes, and unpredictability. The events provoked by Uranus influence are usually negative in nature (not always).

Uranus also rules accidents, revolutions, revolutionaries, disorder, fight against authority, rebels, etc. It is the planet of freedom and reforms and reformations. Often it is related to bankruptcy and surprising and unexpected money loss.

One of the main symbolisms of Uranus is that it is the ruler of changes, mostly of sudden ones. It also symbolizes creation and new beginnings. Uranus in bad aspects to personal planets can be responsible for sudden endings and breakups of relationships.

People with prominent Uranus in their natal chart are more sensitive to the influence of this planet, its transits and progressions.

Uranus’s influence on generations of people is through discoveries, global movements and change of perception which in turn enable the progress of humanity as a whole.

Uranus in beneficial aspects might bring fortunate unexpected changes which will improve the person’s life, while Uranus in bad aspects to other planets might bring sudden misfortune and disappointments.

Pluto was considered the smallest planet when it was discovered in 1930, and was considered a planet until recently, and has now lost that status because it is determined that it doesn’t have all the traits of a real planet. Today, Pluto is considered a dwarf planet.

In Western astrology, Pluto has a great influence. It symbolizes death and rebirth, transformation and regeneration. Important progressions and transits of this planet or to this planet are often triggers for Pluto ruled events that can have a transforming effect on the person’s life.

This influence is especially strong in the lives of people with a strongly placed Pluto in their natal chart.

Pluto’s energy is filled with aggression, violence and destruction. This planet symbolizes destructive and violent events that could happen in the person’s life. Sometimes Pluto influences the person in making their behavior aggressive and violent.

Pluto is the ruler of our soul, and people influenced by Pluto usually have deep intuitive insights. Pluto also symbolizes the truth and search for truth, as well as unveiling secrets. It rules hidden matters and secrets.

People influenced by Pluto are excellent in revealing the truth and people’s hidden motives. They intuitively know when someone is lying to them.

These people have an inner knowing what the truth in some situation is. Keeping a secret from these people is difficult, because the truth finds its way to them one way or another.

The placement of Pluto in the natal chart points out the area of life where the person will likely confront intense forces that can be both creative and destructive.

The person can be the one to cause these creations and destructions, but they can also be caused by outer circumstances over which the person doesn’t have any control.

Like Uranus, Pluto is responsible for some major changes in the person’s life. Pluto might act in a way that it destroys something to rebuild it again in a perfect manner and make improvements.

It rules transformation, and the changes it provokes could transform the person’s life for good. Many people find it hard to go through Pluto transformations.

Pluto can often be related to issues such as control, dominance, manipulation. The person under the influence of Pluto can be manipulative, prone to controlling others, or domineering.

This can also indicate that the person is the victim of other people’s domination, controlling and manipulative behavior.

Pluto brings transformation, and sometimes its role in the person’s life will be to teach them how to change their behavior and stop behaving in a controlling way, or to free themselves from the bad influence and control of other people. Pluto often points out the areas where we need to cut off something that is destructive or bad for us.

This planet rules power and power can be expressed in different circumstances. Pluto is also a generational planet and affects generational changes and transformations, usually related to matters ruled by the sign where Pluto is placed.

People who are born with Pluto in the same sign will be focused on making some collective changes. Some people will be the leaders in making these changes, and other parts of society will accept them.

Especially people who are under the influence of Pluto will strongly feel these influences.

Uranus in aspect to Pluto inspire removing all blockages (emotional, intellectual, spiritual, or physical) which prevent or block further development and growth.

The aspects between these two planets inspire the desire for transformation and removing all blocks and conditionings imposed by society or our own inner being.

The combination of these two planets in aspect symbolizes freedom and desire to be free from any kind of restrictions, even if that means using force, raw power, destruction, revolution, or similar means.

With harmonious aspects, such as Sextile, the influence reveals itself as a desire for constant release of pressure and limitations.

Some people with this aspect will have the urge to oppose any kind of limitations and conditions, motivated by desire to make some radical changes and completely leaving the past behind.

This desire and urge can be focused on making changes on a personal level, but more often these changes will be focused on transforming society as a whole.

Many new movements and revolutions are inspired by individuals under the influence of this aspect.

Some people under the influence of this aspect will go to the opposite extreme and try to hold on to the past regardless of the circumstances. They might try to fit every situation in past beliefs and ideas even when it is obvious that these ideas and beliefs are not relevant anymore. Some might even try to apply these old beliefs in a new manner.

Aspects of Uranus and Pluto are responsible for the evolutionary growth of humanity and all people. Usually people born with these aspects will experience increased and accelerated tempo of growth and will be the witness of transformation first hand.

On an individual level, the house and the aspects Uranus and Pluto are making with other planets will help determine the areas of life where the person needs to make the changes and release the ties with the past.

The Sextile aspect between natal Uranus and Pluto often makes the person a reformer and very creative. This person can often be in pursuit to somehow change the world and make it better.

They enjoy helping others, especially if they are weak and unprotected. They are also in pursuit of independence and personal freedom, and many of them don’t easily adapt to rules and organization, which is why it is the best solution for them to be their own boss.

Uranus Sextile Pluto often causes the person to receive some powerful insights and to become self-aware about some important matters that will lead to the transformation of some personal traits or their beliefs.

The person might receive a clear knowing of things, and discover the mistakes they have been making in the past which were the cause of problems and dissatisfaction.

This time might indicate the pursuit of independence and freedom from some restrictions.

The person might also feel a creative urge and a desire to create something unique. This can also mark a period of important discoveries in the person’s life and in the world in general. Many reforms have started during this transit.