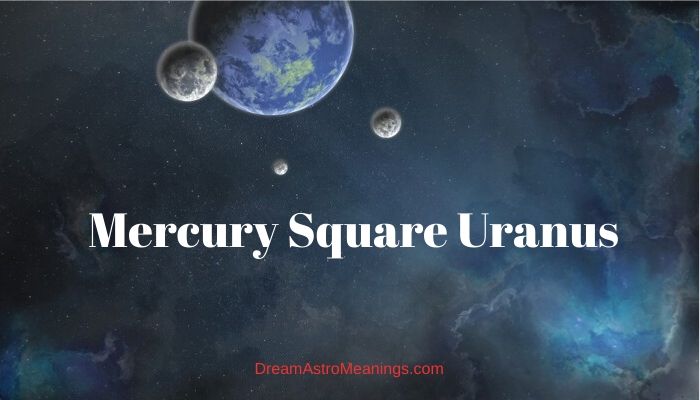 Synastry is an especially interesting and highly demanded field of astrology – the study of natal charts in comparison, meant to give an insight into the compatibility of individual charts in question.

However, one might first ask about what kind of study was astrology in the first place. Is it a science, just another alternative discipline, or a belief?

Most astrologers would simply refer to astrology as to a science. However, astrology is considered a pseudo science, since it is not an exact one.

Astrology could neither be defined as a science in a strict sense nor could one claim it has no scientific characteristics, bases, even. Astrology has fixed principles, rules and knowledge, though its very subject is elusive. And not, at the same time.

Instead of trying to define astrology in terms we would define an exact science, let us focus on its terminology.

The term astrology indeed means a ‘science of stars’ or a study of the stars or, even better, a language of the stars. Take whatever definition you like; the subject remains the same.

Astrology studies the influences between the heavenly objects and the human as a whole.

Astrology is based upon the old hermetic tradition idea of macrocosm and microcosm as reflecting one another. That is, the whole cosmos is reflected in us, if we were to simplify things.

Planetary position within a natal chart, a chart that represents the sky at the moment of one’s birth, reflects in one’s personality and life.

Thus said, we could, indeed, turn to stars in search for answers to questions that bother us in our life. For example, one would know what stars have to say about a relationship with another person. Our destinies are intertwined in time and space, reflected and reflective.

While astrology would not claim a relationship was doomed or destined to flourish, it could help you understand it.

Such is the case with synastry. Synastry compares two natal charts and interprets aspects that planets from one chart form with those from the other person’s chart. Synastry is not the same with a composite chart analysis, which interprets two charts as merged in one new chart.

Now when we have an idea about what the synastry studies, let us see into its purpose. As we have mentioned, this type of astrological study is something people are the most interested into.

As a matter of fact, synastry report is one of the most demanded types of astrological analyses. Although it might seem as a modern phenomenon, it is not something new.

Since old times, people have been studying the stars in order to secure a good marriage, a harmonious unity of love and obligation. Although comparative astrology could give you amazing insight into the nature of a relationship, it could serve rather as a guideline and not a rule.

Compatibility stereotypes are difficult to define and one should always be careful about that.

Synastry interprets aspects between two charts. It analyzes the possibilities of directions in which a relationship could develop.

An astrologer would first analyze both charts separately and focus on how each one of the (potential) partners conceptualizes the idea of relationship, marriage family et cetera. Such an insight gives the astrologer a sense of knowing the individuals.

By putting their charts into comparative astrology perspective, the astrologer sees how these charts react to one another, in a way. There could be amazing aspects, bead ones, usually both.

You should bear in mind that neither of them proves your relationship was doomed to a breakup or destined to turn into something bigger.

One of the most important elements of each relationship, be it romantic or of another sort, is definitely the communication. Planet Mercury represents communication, reasoning, trade, exchange, questioning.

The messenger of gods, Greek Hermes or Roman Mercury was known as a clever, witty, agile, youthful and a very resourceful deity.

Mercury was a patron of merchants, travelers, inventors, explorers, adventurers, young people, and children. Mercury has usually been depicted as a handsome young man with a winged helmet or winged sandals.

Mercury us quick and intelligent nod also known as a trickster god. In astrology, the planet mercury represents the unity of matter, spirit and soul.

It is the planet closes to the Sun, so it represents our clear reason, logical mind, rationality.

Mercury represents quick mind and intelligence, but it does not dig deep into mysterious knowledge; mercury does not need it. It is well informed, open, and friendly. Mercury represents communication in the widest sense possible.

Any type of information could be associated with Mercury, especially verbal communication, such as written material, vocabulary, post, news etc.). It is associated with learning, primary education, transport, hand crafts.

Mercury represents our practical mind; it is essential in daily life.

If Mercury were in a good position and aspect, one would have no problem in verbally expressing thoughts and emotions. If Mercury was badly positioned, one could experience problems with communication.

Mercury would definitely play a role in synastry, depending on the aspect it forms.

Airy Uranus, the planet associated with an ancient deity of the sky or the sky itself, was believed to be the first ruler of the universe, after the initial chaos. Uranus, in Greek mythology was a son of Gaea, who also became his wife. Their children were twelve of the Titans.

In Roman mythology, Uranus was equated with the god Caelus and believed to be the son of Aether, the goddess of the eternal light.

Some of Uranus’ children were Saturn, Vulcan, Venus and Mercury. In astrology, the planet Uranus is one of the distant transcendental planets.

Many believe that transcendental planets, being so distant and their movement so slow from our earthly perspective, do not take any significant part in natal charts.

However, if they were on a significant place or in aspects with personal planets, their influence would be stronger. They same applies if we were to analyze synastry. Uranus represents the present tense, but it is a herald of future.

It is as if Uranus was a step before its own time, in this present. Uranus represents the connection between the soul and the matter.

Uranus is associated with everything that is new, modern, unique, original, ingenious, eccentric, and awkward even; everything that points to another way of thinking, a new, piercing discovery.

Uranus is the patron of inventors, geniuses, eccentric people, visionary people, all those who cross boundaries of mundane and of conventional.

Its energy is sudden, surprising, could be shocking at times. Uranus destroys old order; this planet is rebellious, untamable, reforming, and transformative. Uranus gives geniuses, but also lunatics.

In synastry, it would greatly affect the aspect of overall stability of a relationship. We shall see how it corresponds to mercury when in a heavy square aspect.

Square aspect is the aspect of pressure, tension, obstacles and troubles. When two planets form a square, they find themselves in an energetic disharmony; their energies are tense in relation to one another.

It is not the same as being in a direct opposition, but energies between planets do not flow freely. The area of life affected by this aspect calls for finding understanding, in order to manage it.

Each square in astrology was based upon a strong energetic tension that could repeatedly cause negative arguments, problems, lack of understanding, lack of tolerance, inability to find compromises.

Square aspect is the one that has to be brought into consciousness; the square alone does not make you conscious of the root of the tension.

The connection between Mercury and Uranus in synastry makes for a dynamic communication, usually very energetic and engaged.

However, the nature of this communication would be greatly affected by the aspect these planets form amongst themselves and, of course, other factors in individual natal charts and in synastry itself. What happens if the form a square?

If mercury and Uranus form a square aspect, it is considered a challenging connection.

This connection could be highly exciting and interesting, though somewhat exhausting, so the course of the relationship would depend on other factors and the ability of partners to realize where the problem lies.

However, mercury is usually logical and practical, so too unconventional or, better to say, ideas that come suddenly, out of nowhere, without any sense to Mercury would shake the mercury person and disturb their world.

Mercury person could even become annoyed by Uranus’ irrational and surprising ideas. This connection is tense and electrified, since none of the two could be said to be very patient or calm.

Too logical, even traditional opinions of rational mercury would easily bore Uranus person or make him or her feel under pressure and as if demanded to tone down their fantastical, unusual ideas and their eccentric self.

On the other side, practical mercury would find Uranus’ ideas silly, bizarre, too awkward and impractical.

Mercury person would easily realize that Uranus is not a perfectly reliable one. The communication could often be tense, stressful, even forced. Things could start suddenly and end up suddenly.

The communication between these two could be broken without any warning or any explanation. There could be many arguments over mundane things.

Uranus’ visionary attitude is intriguing and stimulating to Mercury; their ingenious, often unconventional ideas could inspire Mercury to see further and widen up their horizons.

Mercury is adventurous, mercury loves being informed; it easily resolves everyday problems, has practical solutions, plays tricks if necessary. We cannot say Mercury was too stiff or strict.

However, rebellious Uranus is a hard bite. Uranus simply refuses to follow any boundaries, even if routine, everyday things were in question. Uranus wants to set things up anew. It is all fine, until it becomes too much.

It could make Mercury feel as if there is nothing to hold on. Uranus would feel as if someone tries to suppress its visionary ideas.

The problem is fundamentally the lack of actual communication within very intense, electric and dynamic communication. It seems as if these two talk without understanding what the other one actually needs.

The greatest part of this lack of mutual understanding comes from lack of patience. You should only realize how you could both prosper from such a deep intellectual connection.

You two would very likely challenge one another’s’ opinion, which could be incredibly good and stimulating to both, although you should bear in mind that there has to be a line.

Mercury should not insist on pure logic, while Uranus should not put all effort into only provoking mercury. However, the dynamic communication makes your relationship alive, dazzling, and inspiring.

The Mercury person should accept Uranus’ unconventionality as a great plus; in fact, Mercury does find it the most intriguing and attractive, but steps back once it challenges their logical convictions.

Square aspect, as we have said, calls for finding understanding, since it does not offer it in itself.