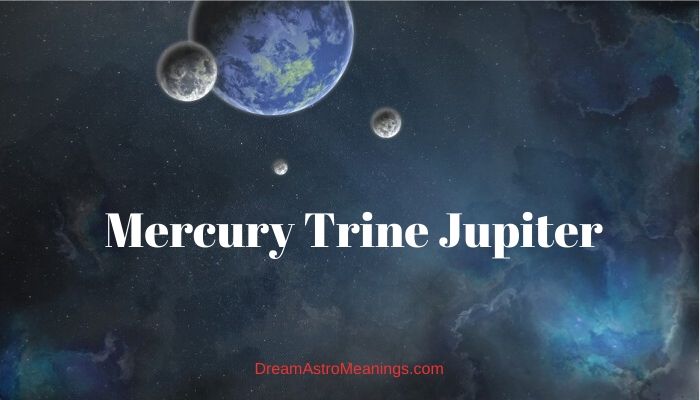 The knowledge about planetary influence increased through time and was gathered in a discipline which was named astrology. In short, astrology represents a study of the influence of planets and stars on humans and the world in general.

Astrology analyzes natal charts which represent the image of the sky in a certain moment of time, usually someone’s birth. Astrology analyses the planets in different signs of the Zodiac, the aspects they make and the houses where they are placed in the natal chart.

This represents the basic astrology analysis but it gives enough information to determine someone’s personal traits, interests, or the likely path they are going to take in life.

Astrology can also be used to determine events or analyze relationships.

The planets in the houses of natal chart show the areas where the person will likely focus their attention and where there is likely to be the center of activities during the person’s lifetime. They also give insight about possible events that might happen to the person.

These aspects promote and help success and create opportunities for achievements and manifestation of desires. They enable the free flow of energy of the planets involved in the aspect.

On the other side, challenging aspects have the opposite effect. They are the ones that create blocks and obstacles to people while they try to manifest their goals and desires.

In some cases these challenging aspects can even block achievements and manifestations. They are also known to create conflicts and in worst cases, violence.

The trine is a major aspect with favorable nature. Most astrologers consider the trine the luckiest aspect of all. This aspect is formed when there is a 120 degrees distance between two planets.

It creates fortunate opportunities and supports people in achieving their goals and dreams without much effort. Everything seems to come easy with the trine aspect.

As we mentioned previously, astrology can be used to analyze relationships between people.

The idea for such an analysis lies in the fact that when people interact with one another their planets also interact. The technique that analyses relationships in astrology is called synastry.

Synastry makes a comparison of the natal charts of two people to determine the aspects between their planets, the placement of the planets in the natal chart of the other person, and performs other analysis, to get details about the nature of the relationship and its lasting power.

The placements of planets in the other person’s chart reveal which areas is this person likely to affect in the life of the owner of the natal chart.

With harmonious aspects, the relationship is usually a satisfying experience for the partners. They usually get along well and are willing to make the effort to keep their relationship and make it lasting.

Harmonious aspects are usually an indication of compatible characters and reveal sincere interest the partners have for each other.

When the aspects between the partner’s charts are predominately challenging, the situation is opposite; this is usually the case when the partners don’t get along well, and don’t have compatible characters.

A relationship with challenging aspects is often filed with conflicts and in some cases it might become violent. In many cases, this is not a lasting union because there is not enough will and effort to overcome the issues they have.

When such a relationship lasts longer it can be an exhausting and draining experience for the partners.

Sometimes the analysis shows no significant aspects between two natal charts. These are often the cases where there isn’t any interest or attraction between the partners. They often don’t start any relationship at all.

The planet Mercury is now the smallest in the Solar system. It got this status after Pluto had lost its status as the smallest planet. Mercury’s position is closest to the Sun and it needs around 88 days to orbit the Sun.

Mercury was the god of trade and travel for the ancient Romans. He was also the messenger of the gods.

Mercury’s placement in the natal chart reveals the manner we express our thoughts. People who have Mercury as their ruler are usually very smart and quick thinkers.

These people are usually very communicative and sociable. They enjoy being around people and meeting new ones. They are also very curious and love to expand their knowledge and learn new things.

These people love hearing the latest news and are often prone to gossip others. In most cases, they choose professions where they are able to communicate with people and get in contact with many people. These people love to talk, but they also enjoy listening to other people.

If Mercury is afflicted in someone’s chart, this often makes this person possess negative traits of Mercury, such as lying, deception, manipulation, etc.

Sometimes this could manifest as them being victims of deception and lies from other people. They are very smart and excellent problem solvers.

Because of their quick wit they can easily manipulate other people because they immediately see what their weak spots are.

In general, Mercury people are not very emotional. They are rational and practical. They might have a logical and rational approach even when regarding matters of the heart.

People with well-placed Jupiter in their natal chart are truly blessed. They are usually financially secured and don’t need to put in much effort to earn their means of living. These people are often wealthy and love spending money.

When Jupiter is well-placed, it usually provides the person wonderful opportunities for achievements and fulfillment of their goals without much effort.

The problem arises when Jupiter has challenging aspects in their natal chart, when it can cause them to overspend and jeopardize their financial security.

They can be prone to vice, such as gambling, or have a tendency to buy luxury items even when they are aware that they shouldn’t.

Jupiter doesn’t usually bring catastrophic events even when it is afflicted, but in some cases, it might have devastating effects on the person’s life (for example, cause bankruptcy).

Jupiter rules Sagittarius and its exaltation is in Cancer. People influenced by Jupiter are frequent travelers and enjoy exploring the world and learning about new cultures. They are usually very intelligent and educated.

When some person’s Mercury and another person’s Jupiter make a trine aspect, this indicates a relationship full of great communication and friendship.

These two appreciate each other’s intellectual capacities and knowledge and are happy to be able to learn new things.

Jupiter usually admires Mercury as well because he is an inspiring companion to talk to. They both enjoy talking to each other. They learn a lot from each other and have fun along the way.

This aspect is excellent for friendships and/or colleagues, but also romantic partners because it supports the longevity of the relationship.

Enjoying the conversation with your partner is of great importance for every relationship.

There is trust and support between them. They encourage each other in pursuing their dreams and goals. They often share a similar sense of humor. They also share a relaxed and easy going approach.

Jupiter usually has a philosophical approach to things and Mercury can help Jupiter to become more realistic and practical when dealing with everyday matters.

The trine aspect between Mercury and Jupiter in synastry is a favorable aspect for any kind of relationship. This aspect promotes true friendship between people and creates a bond based on understanding.

These two enjoy talking to one another. They are both curious and share their love for learning and expanding their knowledge.

They are also very intelligent and have a lot to say which is why their communication represents a joy for the both.

They both admire each other and are happy in each other’s presence. They can also learn a lot from each other.

Mercury/Jupiter trine in synastry is a great aspect that supports a relationship and helps neutralize any negative aspects between their birth charts.

They inspire and support each other to pursue their desires and goals. They will broaden each other’s horizons and introduce changes for the better in each other’s lives.

Jupiter will help Mercury satisfy their sense of adventure, and Mercury will help Jupiter become more practical and realistic.