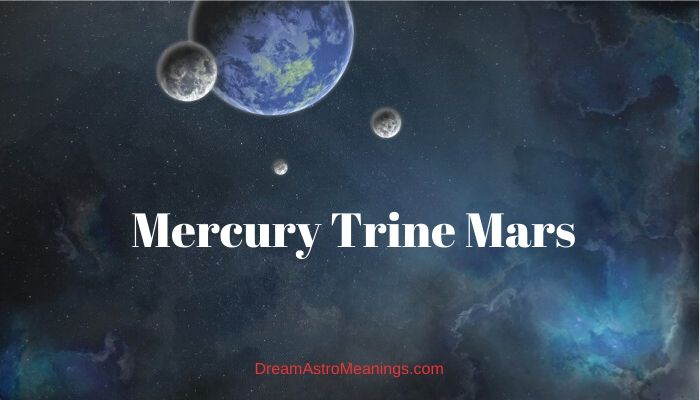 Astrology is a study of planetary influence on people and the world. This is a very old discipline; according to the discovered records, it dates back to the ancient Babylonians.

The meanings of planets placed in different signs of the Zodiac, especially personal planets, such as Sun, Moon, Venus, Mercury or Mars, are very important for astrology analysis, especially for determining someone’s character traits.

Also, planets placed in different houses of the natal chart give insight about the areas that the person will most likely be interested in and where the most of the activities will take place.

The aspects between the planets give an insight about the personality traits and the possible choices this person will make during their lifetime.

They represent certain angles formed between the planets which carry a specific meaning. They can be harmonious in nature or have a challenging nature.

Harmonious aspects create new opportunities and balance. They stimulate the planets to express their best nature.

The planets connected with harmonious aspects are inspired to cooperate. These aspects allow the person achieve their goals without putting in much effort.

Challenging aspects are different; they create blocks in planetary energy and cause the planets to express the worst in their nature. They prevent the person from achieving their goals or put blocks and obstacles while they are trying to achieve them.

These aspects often cause conflicts and in worst cases aggression and violence.

The trine aspect is considered a fortunate one. Many astrologers consider it the most favorable of all aspects. This aspect helps the person get what they desire without much effort. They create opportunities for success and make it easy.

Astrology has a special technique which analyses relationships and their potential; it is called synastry.

Synastry compares the natal charts of two people to determine whether their characters are compatible or not. Synastry is based on the idea that people are like moving natal charts. When they encounter one another, their natal charts do the same.

Synastry determines the aspects between the planets in the birth charts of two people as well as the houses occupied by the partner’s planets. These houses show the areas of life where the other partner will mostly affect the person owner of the natal chart.

The aspects are also very important because they show whether there is genuine interest and attraction between the people.

If there are mainly harmonious aspects between the charts of two people this usually indicates that their natures are compatible. There is desire to be together and fight for the relationship.

They accept each other’s differences and are willing to make compromises without hesitance. They get along well and usually have similar interests.

When the aspects between two natal charts are mostly challenging, this is usually a sign of lack of compatibility between two sides. There is often not enough will to fight for the relationship.

These two aren’t tolerant to each other’s differences and they don’t want to adapt to that.

In many cases, both partners fight for dominance and right to be the leader in the relationship instead an equal partner. Sometimes, this is a relationship filled with violence and conflicts. Often these relationships are short-lived.

There are also situations where synastry analysis shows lack of aspects or significant aspects between two natal charts. That is usually a sign of lack of interest and compatibility between these two. Often this relationship doesn’t start at all.

The planet Mercury is tiny, and is considered the smallest in the Solar system. Before Mercury, Pluto was the smallest planet. Since Pluto lost that status, Mercury took its place. This planet is the closest to the Sun. It moves fast and it orbits the Sun in around 88 days.

This planet’s placement in the natal chart reveals the manner we usually express our thoughts.

Especially people that are under the influenced by Mercury are quick witted and intelligent.

These people are also very communicative and sociable. They enjoy being surrounded by many people. They are also very curious and enjoy gaining knowledge.

Mercury in challenging aspects, gives the person negative traits of Mercury, such as nervousness, proneness to deception and lies, manipulation, etc.

Sometimes this is an indication that the person is prone to being lied to and manipulated by others.

Mercury people can be very manipulative because they easily notice other people’s weaknesses and know how to make the most of them.

These people are often not emotional, or at least not very emotional. It might be said that they have a rational and practical approach to things, especially the matters of the heart. These people enjoy listening to other people talking but they also love talking themselves.

The planet Mars is also a tiny planet. It is the second smallest, following Mercury. This planet is small, but has a scary reputation. It rules aggression and violence, and makes people under its influence prone to these traits.

The surface of Mars is covered with iron dioxide, which is red. That is why Mars is often called “red planet”. It is similar to Earth in some ways, and that is why some people believe that life will be possible on Mars in the future. Some people even believe that once life existed there.

This is a planet of aggression, conflicts, brutality, disasters, destruction, and other negative things.

Especially when Mars has challenging aspects in the natal chart, it can have destructive influence on people. It is the ruler of brutality, war, impatience, violence, military, disagreements, scars, wounds, weapons, intolerance, etc.

These people are focused on their goals and determined to succeed.

When the aspects are challenging, the person is usually prone to dominant, competitive, intolerant, brutal, aggressive, controlling behavior which provokes conflicts and problems with others. They have conflicting nature which is not easily controlled.

This planet is ruling Aries and Scorpio. It is strongest in these signs. In Capricorn Mars is exalted, and in this sign it feels good as well.

People influenced by Mars possess strong personalities, dominant nature, and usually have magnetic effect on others.

These people never give up on their goals. They are temperamental and often considered overwhelming by others.

Mercury trine Mars aspect in synastry is a good sign for the communication in the relationship.

These two really enjoy their conversations which tend to be energizing and inspiring for both partners. They are never bored in each other’s company.

Even though their basic approach towards doing things is different, they accept each other’s differences without trying to change one another, which is something Mars person often tries to do when interacting with other people.

These two are very intelligent but their minds work differently. There will be some competition between them, which fortunately won’t lead to conflicts and fights between them.

They are good to work as a team because they are excellent when they join their minds to work together.

Each sees a problem from a different angle and can offer a unique solution, so when they join forces, they easily go through any obstacle they encounter.

They enjoy each other’s company because they feel it is intellectually stimulating. They enjoy talking to each other and even entering into debates with one another but usually without trying to win over the other but enjoy the smart exchange of thoughts between them.

They can be inspired to talk about intimacy and the best way to satisfy their needs. They are open to talk about their desires and needs regarding physical intimacy which is something especially the Mars person appreciates about Mercury.

Mercury instinctively feels that these are the areas important to Mars and does not have a problem openly talking about them which Mars also appreciates.

These two can openly express their thoughts and opinions about various matters without hurting each other’s feelings. They respect each other’s honesty and openness.

Both Mercury and Mars can be very direct when expressing their opinions and not many people can handle such approach.

In this case they are both satisfied with not needing to suppress their thoughts and words fearing that the other person might get offended.

This is an excellent combination for executing ideas and plans into reality. Mercury is usually the lighter of ideas and Mars is the one who boosts them both to put in the effort and materialize them.

This is an excellent cooperation especially because Mercury doesn’t need to be the leading force and is satisfied with participating and Mars won’t be provoked to fight for dominance, so both sides will be content.

These two, support one another and help each other achieve their desires. This is a great aspect to neutralize the effects of some negative aspects between their natal charts.

It promotes the longevity of their relationship through communication and collaboration which are the most important parts in every partnership.

The aspect Mercury trine Mars in synastry is a very beneficial one. This aspect usually indicates fun and energetic relationship filled with inspiring talks.

Mercury gets along well with Mars in this combination and doesn’t provoke his need to be the dominant side in the partnership.

This aspect is a great one to help sustain the relationship and it also neutralizes the negative effects of challenging aspects.