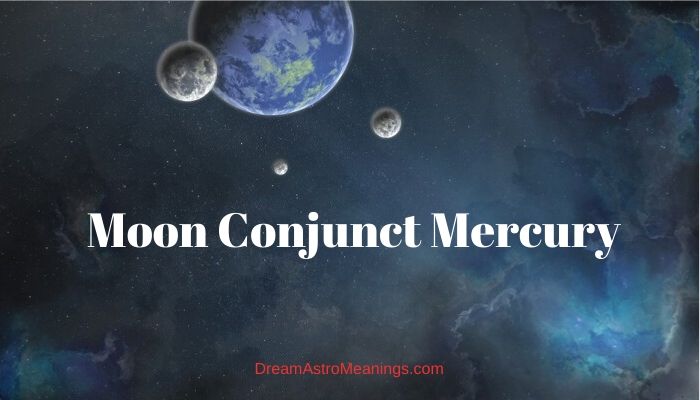 Reading human destiny from the stars has been a popular practice since antiquity. Ancient peoples thought of astrology and astronomy one the same; astrology did not exist in terms we know it today.

In modern days, astrology is strictly divided from astronomy and it falls under the category of pseudo sciences. There have been ongoing debates on astrology’s true status since long ago.

Nevertheless, astrology is still very popular. With the rise and development of internet communications, astrology has been gaining global popularity in a new fashion.

One could easily search for sites that offer free astrological chart reports, brief or in-depth interpretations and so on. Of course, one could also visit a professional astrologer and get the reading in person.

One of the most favored fields of astrology is, by all means, comparative astrology. Synastry reports are some of the most commonly demanded types of interpretations.

However, it is definitely not a trend of modern age; since the beginnings of astrology, people would ask the stars about their potential relationships, their marriages or their outlooks in terms of romance as a whole.

Could stars really tell us when we will get married? Could heavens reveal who will be ‘the one’?

Well, stars and heavens have their ways and they do not give direct answers; astrology does not offer predictions in terms you might think. It could, however, pinpoint some of the most important events in your life, past and future.

The core of a romantic astrological interpretation remains more of a precious guidebook.

Synastry could reveal much about the potentials of a relationship or tell you whether the person you are interested into is someone, to say, astrologically close to you.

However, astrology does not actually determine if a relationship would work out beautifully or not at all.

Moon conjunct Mercury is an astrological aspect; here, we observe it in a synastry report.

First, synastry is a study of two charts in comparison. Aspects and elements are analyzed point by point.

Stereotypical explanations are difficult to hold on in synastry, since the whole complex of aspects would play the role in the overall nature, shaping the ‘type’ of one relationship.

Aspects are connections between planets, angles that planets from one chart form with those from the other chart. Aspects are also present in each natal chart as it is.

In synastry, specifically in aspects in synastry, there are certain planets considered more important than others. Their contacts would definitely paint the relationship in certain colors.

They are Mars and Venus and the Sun and the Moon (the two latter are considered planets in astrology, luminaries). Other planets also have specific roles.

Jupiter and Saturn would definitely affect the social areas of a relationship. Aspects could be favorable or heavy; there are five major aspects.

The complex of aspects makes a relationship dynamic and unique. There are little chances you would find a synastry with ‘positive’ aspects only.

The combination of aspects, the whole individual natal charts and other factors would determine the future of a relationship.

Conjunction is one of the major aspects, but it cannot be considered easy or heavy in itself, like other ones that could be divided into these two groups. The conjunctio9n could easily be both.

This is an ambiguous aspect and its nature depends greatly on the planets that stand in such a position. The conjunction is ideally 0-degree aspect, with about 10 degrees deviation allowed.

When planets are in conjunction, it means they either are matching places or that they were very close to one another. The energy of planets in the conjunction is combined, conjoined and it flows together.

The nature of such a created energy would depend on the original planets’ energies. Therefore, conjunction energy could be easy or heavy.

Some authors claim that is two malefic planets were conjoined, the overall energy of the conjunction would be heavy and vice versa. The situation would become complex if the two planets are of different kinds, in these terms.

One thing is for sure, the conjunction would create a powerful if not the most powerful energy.

Let us see what happens when the Moon is in conjunction with Mercury.

The Moon is one of the luminaries and also one of the personal planets, so its role in an astrological chart, as well as in synastry would be of great importance.

Luminous planets are of essential importance in synastry, because they allow partners better to see one another, in astrological terms. The Moon is the light of emotional side, the hidden, the mysterious and the dreamy one.

Selene was a goddess of such beauty that all the stars would fade in sight of her divine brightness and beauty.

Selene or Roman Luna was just some of the mythical manifestation of the lovely, dreamy and beautiful Moon, whom ancients admired. In astrology, the Moon represents our inner, intuitive self, our emotions, imagination and dreams.

It is associated with femininity, with kindness, with home, homeland and generally all the concepts and places we feel cozy and comfortable.

The Moon is the principle of motherhood, nurture and fertility. The Moon is our genetic heritage, our tradition, our comfortable room and our bed, our sweetest dreams and our need for safety, security and protection.

The Moon is associated with memories and spontaneity; we all know the Moon affects our mood.

In synastry, the Moon would play a very important role, being the planet that represents all these. The emotional aspect is of crucial importance in a relationship.

When Moon is in a good aspect, it tells about emotional understanding and similarities, the common tongue. Moons in ‘bad’ positions represent different inner worlds of the people involved.

Mercury or Hermes was another of favored deities within ancient pantheons. Mercury was the messenger of gods. According to Greek mythology, he was the son of Zeus, while in the Roman tradition he was believed to be one of the Coleus children.

Mercury in Rome was the god of merchandise and fortune. Overall, he was considered a clever, spirited and agile god.

All verbal communication is under Mercury’s patronage. This planet is the closes to the mighty Sun and it represents our intellectual, rational self. Mercury is logical, pragmatic, skilful, resourceful and witty. Everything related to information is associated with Mercury.

Therefore, Mercury represents our way of expression and our way of getting information. It brings us quick, logical solutions to problems. This planet is not associated with deep philosophical contemplation, but with everyday tasks.

Everything we do and decide on daily basis is under the rule of Mercury. All handcraft and practical work are also associated with this planet.

Since it was the planet of communication, Mercury would definitely be of much importance when creating an aspect with another planet in synastry.

Since badly positioned Mercury makes communication or expressing something problematic, if seen in a natal chart, one might assume the same is with synastry.

In any case, if it was positioned in a good way, it could contribute to mutual understanding.

Since here we have a planet of emotions, compassion, care and comfort on one side and the planet of communication, pragmatism and logic on the other side, one might assume this aspect must be important. Of course it is.

As we have said, the conjunction intensifies the effect of the energies of both planets and they work together.

In case of Moon conjunct Mercury, the energy becomes very strong and deeply intuitive. In other words, these two people would understand and feel one another on a deeply intuitive, subconscious level.

No words are needed in order to express how one feels about the other in this connection. This is a magical connection, almost telepathic.

These two would feel one another on a deeper level and it would easily be seen. Of course, let us not forget there were other aspects that could mess up this intuitive link or that could only contribute to its telepathic nature.

These two could combine their energies in the most practical, yet not shallow and cold manner of pure logic. They would work as a team that perfectly combines emotions and reason.

Commonly, they complement one another and each manifests their greatest traits regarding the planets we have here. However, this connection could be a bit tricky.

For example, if the Mercury person feels sad, it is very likely that the Moon would simply absorb the part of that sadness.

It is more than being compassionate; it is feeling the same sadness the other person feels. It is because here the energies of emotions and communicative aspect are intertwined; they feel and understand each other more than other couples would do.

On the other side, the Moon person could also feel the same happiness the other one feels, which in fact is a gift.

Besides this Moon’s natural sensitivity, amplified by the telepathic connection between these two, nothing seems a big problem. These two people would have no problems in resolving any potential conflicts that might arise between them.

Of course, other aspects would determine the actual course. Isolated, this aspect allows for great, almost one hundred percent mutual understanding.

It is amazing to notice that the Mercury person would feel deeply understood in this connection, which is something this communicative planet needs.

The Moon would feel understood and loved, as well.

Moon conjunct Mercury is a tandem that could communicate without speaking and yet one that could say aloud whatever was on their minds, without fear of being misunderstood.