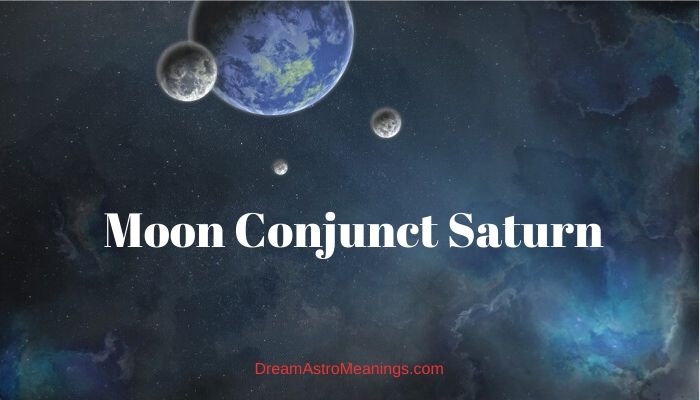 Many would say astrology was a science or, more precisely, the ‘science of the stars’, as it name suggests.

The term ‘astrology’ originates from two Greek words, those of astron, meaning ‘a star’ and logos, which is translated as ‘a science’, although the word logos also means ‘a word’, literally. Therefore, astrology means a ‘science of the stars’.

Perhaps it would be closer to the original if we would call it a ‘language of the stars’.

Regardless of this scientific attribute to astrology and the fact that this mysterious discipline functions as a science, many argue against such a title. It is true that astrology has its methodology, principles and loads of knowledge.

Nevertheless, this ancient ‘science of the stars’ has been practiced since millennia ago and it is still very popular. Enduring the ages of its turbulent history, astrology has survived.

In very ancient days, however, astrology was equated with astronomy; these two were one. If you take a look into history and search for notable scientists, astronomers, physicists, philosophers and many others, you would soon realize most of them had an interest in astrology or were astrologers themselves.

Astrology is old as some of the ancient civilization. The first known horoscope originates from the ancient Babylon, while the roots of Western astrology are associated with old Persia.

Ancient Greeks and Romans introduced astrology further and it later spread over European continent. However, this by no means an isolated case.

Different systems of astrology have developed in other parts of the world.

You have probably heard of synastry, regardless of if you know what it is or not. Synastry is one specific type of astrological reading and it falls under the astrology of relations, comparative astrology.

Synastry is, perhaps, the most popular type of an astrological analysis and in high demand nowadays. What is synastry, then? What is comparative astrology?

Since ancient days of astrology, people would consult the heavens in order to find out what awaits them in life, in terms of romance and marriage.

Some would ask the gods and heavens if the latter would send them a man or woman of their life; others would ask for practical purposes, such as a good, materially stable marriage, for instance.

Divination was a common practice, but astrology is more than simply a divination or fortunetelling. Astrology tells us what do stars have in store for us, since our destinies are, according to astrology, written in the stars.

The base of this belief comes from the old hermetic tradition postulate, how above, so below.

Many esoteric and occult paths are based upon the same postulate. However, it really seems there is some truth in that. Planets around us definitely affect the life on earth and affect human beings; there are scientific proofs of that.

Whether the stars really decide our destiny, no one could tell for sure. Synastry, like other type of readings, is based upon natal astrology.

Natal astrology is a step before synastry, since the latter is based upon comparing natal charts of people in a relationship. Typically, synastry is a comparative analysis of charts of romantic partners or potential ones.

However, first the astrologer needs to know is who were the individuals involved; hence, natal astrology.

Natal chart is a diagram that shows the exact position of planets at the time of a person’s birth.

The astrologers calculate these information based on your place and the exact time of birth; today, computers do the same for us. You can get your natal chart report in a matter of a few clicks. The astrologer, however, thoroughly examines your chart.

The chart tells about your personality, traits, characteristics, temperament, tendencies, major events in your life, past and future, and, above all else, it reveals your capacities and potentials.

Hitherto you could assume why separate analyzes of natal charts are important for synastry. Once the astrologer gets to know both individuals, these could be put in a relation.

Synastry compares two charts and interprets planetary interplay of their energies. Each chart presents with its special and unique distribution of planets, as well as with other specific elements. Planets from one chart create specific contacts with those from the other. These were called aspects.

They are present in each natal chart, where they decide fine traits and characteristics of one’s birth chart, hence, one’s personality and destiny. In synastry, when you compare charts, aspects are created between them.

These contacts are, in fact, distances, specific angles planets form. There are five major aspects, divided in two groups, easy and heavy aspects.

However, this is a simplified division, since we could hardly read aspects as black and white. Aspects define the energetic exchange between planets.

Planets also possess specific characteristics and nature; their energy interplay is, thus, specific and also mutable, one would say. The energy planets create amongst themselves in synastry could be used in different ways.

This is the reason why we cannot firmly claim one was necessarily and ultimately bad and the other one is good.

Easy aspects are trines and sextiles, while heavy ones are squares and oppositions. There is another aspect, that of the conjunction, which is neither easy nor heavy; it could be both. We will talk about it in the next paragraph and then apply it to specific planets in a synastry report.

Note that such stereotypical readings are flexible, since an isolated aspect does not define the whole relationship.

The conjunction is rightfully claimed to be the strongest aspect in astrological readings. No wonder it was so, because conjunctions are very close or no distances between two planets.

The conjunction is 0 degree or up to 10 degrees of deviation distance. This means that two conjunct planets match places or that these neighboring planets are very, very close.

Such a close contact presents with an intense energetic output of both planets. The conjunction does not restrict the energy of one planet, on behalf of the other; it intensifies both energies, regardless of their nature.

We could say it ‘does not care’ about the nature of these energies. This makes the situation somewhat complex.

Most of the authors agree that two benefic planets would create extremely positive energy and vice versa.

If the planets were in different signs or of different nature, that is, one was a benefic and the other one was a malefic, things would become more complicated. However, the energy, by no means, must be very strong, one way or another.

The Moon is one of the luminaries and also one of so-called personal planets. In astrology, both the Sun and the Moon are called planets, just as all celestial bodies involved with an astrological reading.

The Moon is our inner voice, our intuition, our imagination and especially, our emotional self. This mystical luminary has always fascinated humankind.

In almost all cultures, traditions and civilizations around the world, our satellite has been adored and associated with various mythical and legendary tales. One very interesting legend comes from China.

Although it does not explain the astrological nature of the Moon, but tends to explain something of felines’ magic, it is too lovely not to be mentioned.

In some parts of China, it is believed that white cats would walk over the rooftops at night and steal Moonbeams; hence, they have Moon-bright white fur. In Greek mythology, the Moon is associated with the goddess Selene; in Roman, with Luna. Both are names for the Moon.

In Greek mythology, Selene was a daughter of the majestic titan Hyperion and she was so beautiful that all the stars would bow their heads in her sight, that is, diminish their glow.

In various traditions, the Moon is associated exactly with femininity; it is a yin principle, also associated with motherhood, nurture, care, comfort, intimacy, family, home, and homeland.

The Moon represents our intimate self, our emotions. If you stop and think for a moment, you will recall the Moon sheds no light of its own; it reflects the light of the Sun.

The Sun represents our personal strength, convictions and Reason; the Moon is the fuel behind. It is an inner voice, our intuitive self without the reason would be very flat and lonely.

Saturn is typically accused of all the troubles and misfortunes we face. This notorious planet is one of the social planets, along with Jupiter and it is also called the ‘planet of suffering’. Indeed, Saturn’s astrological nature is difficult to swallow.

Saturn teaches us the dark side of life; it guides us through life using uneasy, uncomfortable and the most unwelcoming methods. However, its lessons have their purpose, although they require great openness of our own mind to be understood and accepted as such.

Without Saturn’s infamous influence, there would be no responsibility and seriousness in us.

The astrological nature of this planet is associated with ancient Greek mythology, which sees Saturn as a child-devouring titan, one overthrown by his son Zeus (Cronus is Saturn in Greek mythology).

Romans were in favor of Saturn, who was considered a god of agriculture amongst other things. They believed Saturn has taught people how to work the land and pick its fruits.

In synastry, Saturn is associated with problems and all kinds of restrictions and inhibitions. Many would rush to accuse Saturn for all the negativities that come to light in one relationship, but also in an individual life.

Let us find out how this planet, in which the soul was trapped within the material, corresponds with dreamy and emotional Moon, in a synastry conjunction.

Moon conjunct Saturn is, by all means, a powerful aspect. Its nature is perhaps closer to that of the heavier aspects than that of the flowing ones. This connection defines a relationship as something that should be taken seriously from the very beginning.

There are short-term affairs with Moon conjunct Saturn. This is a serious bond, but it definitely presents with certain risks.

The Saturn person could harshly reject the expression of the emotional, gentle and childishly romantic bond or dependency on the side of the Moon person as inappropriate.

Saturn always presents with certain degree of limiting energy, restrictive behavior, even narrowness of the mind. The Saturn person is usually unaware of this, because it is in his or her nature.

The Moon person could feel limited, closed in a cage, because they cannot express their feelings in their natural way. They could, but there is some degree of fear from Saturn’s strict and seemingly insensitive attitude.

Saturn needs commitment to the fullest, but would imagine it as a contract, which is completely out of the Moon’s intuitive and emotional domain.

The problem that arises with such an aspect is that there could be too much censorship, emotional censorship. Saturn is the agent of such a habit. It is a risk, because if the same attitude prevails, you might get emotionally very distant.

Even if you two were very enthusiastic about the relationship, your emotional, intimate closeness may fade away.

It ends up with a feeling of being constrained in a relationship, of being in an arranged relationship, which was not the case. The Moon would be greatly saddened by such an outcome, because he or she may feel forbidden to express their gentleness, their neediness of the Saturn partner.

Both want one hundred percent commitment, but this emotional censorship would make you distant.

The key is not to let such a thing becomes a complete reality of your relationship. Emotional distancing is not of any use, which is something the strict and somewhat cold Saturn should learn from the Moon.

The Moon should try to understand the Saturn and its well-structured view on life.

The sense and the need of security, full commitment, consistency and dependability bind you two strongly.