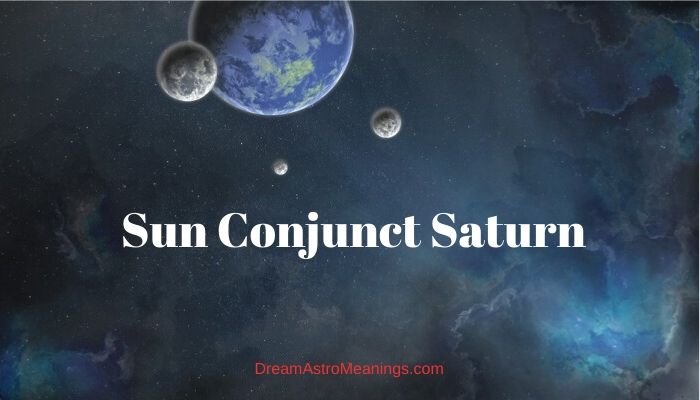 One of the oldest ‘sciences’ hitherto known is probably astrology. Some authors would even claim astrology existed even before humans have started observing the stars, watching the sunrises and sunsets, calculating time and more.

Even in prehistoric times, humans would use the heavens as a wonderful celestial map.

Navigation was only possible by observing the stars. People then started to name constellations and to associate various other phenomena what they would see on the sky.

The concept of Time is, of course, inevitably bound to motion of planets, to rotation of the earth and more. Perhaps we would one day fathom the mystery of the Universe.

Astrology is one of the mysterious paths into understanding the magnificent connection between the human world and that of the heavens above. Astrology, as a science or, more precisely, a pseudo-science, is based upon the old postulate of hermetic teachings.

It says “as above, so below”. Needles to say, many other mystical teachings were based upon the same idea.

However, it seems that in the modern day, boundaries between the scientific and transcendental are becoming more elusive.

This strong division between the spiritual and exact is characteristic for the Western world and here we talk about Western astrology. This is not the most important, let alone the only astrological system existent. Other systems have developed in different traditions.

What is also of great importance is the fact that, especially in these traditions, astrology is tightly bound with other essential disciplines, with medicine being the most important.

The origins of Western astrology are not known for certain, although historians would usually associate it with ancient Persia. The first horoscope, however, is dated into the old Babylon.

The basis of the astrology we now today come from Claudius Ptolemy and his astrological system. Western astrology is popular throughout the world, regardless of its long and turbulent history.

Today, an astrological reading could be delivered through different online sites, for examples.

Humans are social beings that have more than physical need to connect and share life. Romantic relationships have always been a common subject of astrological readings, just as they were a subject of divination and fortunetelling.

Although those skeptical would instantly accuse astrology of being a fraud or, at least, an unreliable approach to human existence, it has been widely practiced.

We are also curious beings, but the fear of uncertainty is also one of our fuels for discovering and learning things. Astrology of relationships would play an important role here, regardless of how naïve it may sound.

People have always been interested into will they find a ‘dream partner’, will they ever get married and have kids and so on. We all need some certainty; even those who ‘live only once’.

This raises interest into astrology of relations, especially synastry reading. This is not a modern day phenomenon; in old times, people would also consult an astrologer to tell them if they would get married.

It was sometimes for merely practical purposes; at other times, it was out of pure romantic curiosity.

In any case, an astrologer was believed to be capable of offering such a precious insight. Synastry report is a part of comparative astrological study. Synastry is a reading in which two natal charts were compared and then analyzed.

What synastry reads and presents are aspects that planets from one chart create with planets from the other one.

Before the astrologer gets on business and compares the charts, it is essential that each chart was analyzed isolated from the other. This way, the astrologer would know what kind of people is involved with a relationship.

The astrologer would focus on their tendencies regarding romantic life, conceptions of marriage, family life, and commitment and so on.

Synastry finally leads us to the importance of astrological aspects. If you did not know, each astrological chart, a natal chart, presents with a specific concoction of aspects and various other elements.

Aspects are contacts between planets, specific angles they form amongst themselves.

Each chart has planets of the solar system distributed over the basic astrological diagram that represents the sky.

When you put two charts in relation and compare them by astrological methods, planets from one chart would form specific aspects with those from the other. Synastry analyzes these aspects point by point.

A different type of relationship reading, related to synastry, is a composite chart reading, which merges two charts and observes them as one.

Aspects are vital for each synastry, since they explain the nature of a relationship and its potentials. Astrological aspects are usually seen as easy or flowing and heavy or challenging.

Although such a strict division is impossible in reality, it helps us understand the tendencies of each aspect. There are five major aspects.

They are the trine, the sextile, the square, the opposition and the conjunction. The first two are considered easy, the second two are heavy while the nature of the conjunction is ambiguous, as it greatly depends on the planets involved.

Note that typical and stereotypical explanations of aspects of synastry should be taken as guidance.

This aspect is usually considered the strongest and the most powerful one. Well, it is not difficult to conclude why that is so. The conjunction aspect represents the minimal distance between two planets, be it in synastry or within a natal chart.

Conjunction is 0 degrees or up to 10 degrees distance. This means that planets either match positions or are extremely close.

Let us remind you that each astrological planet possesses specific and strong energy of its own. They do not have equal impact over one individual’s life (or over synastry), because either roles are very different and because all kinds of elements and contacts would be taken into account.

Aspects ‘mold’ the energetic output of two planets in contact in a specific way, so to say. Flowing aspects are beneficial, as they allow the best qualities of planetary energies to manifest and cooperate.

Challenging aspects could be difficult to overcome, but their function is to make you do your best to overcome them; hence, they are challenging, but also they work as stimulants.

Conjunctions are specific because they intensify the overall output of energy, caring nothing about their nature. Conjunct planets manifest all their qualities in a powerful way.

Sometimes it could be confusing as they fail to recognize which energy comes from which one. However, the overall nature and the effect of the conjunction definitely depends on planets.

The glorious and beautiful life-giving Sun has always been a subject of various mythologies, legendary tales, poetry, art, but also philosophies and science. How it would not be?

This shining orb gives us light, warm and inspires, metaphorically and truly, the whole life on earth. No wonder it was considered a deity by many ancient peoples.

The greatest civilizations of the past had their own sun deities and/or a primal or supreme sun god. In Greek mythology, we encounter the mighty and beloved Helios, who was son of the magnificent titan Hyperion and his wife Theia.

Hyperion was himself associated with the Sun; look into beautifully designed verses in John Keats’s unfinished poem named after the glorious titan.

Helios the god was much beloved by Greeks. It was believed he lives in a golden palace and that each morning he would ride out in his golden chariot and shine on the world, giving it warmth, awakening life.

Look into ancient Egypt and you will find majestic sun cults and gods such as Ra, Horus and others.

Cults associated with the Sun were extremely common in pagan days. In astrology, the Sun is grated a special place, perfectly suitable for this glorious golden star. The Sun is the first of personal planets and it defines our ruling zodiac sign.

People commonly mistake the whole horoscope for their Sun sign, which is but an element, albeit very important.

The Sun represents personal strength, reason, character, our manifesting energy, our reputation, ambition, determination. The Sun is who we are and it is associated with our core personality traits.

The Sun represents heroism, gallantness, generosity, warmth, openness. The Sun rules over the sign of Leo, which tells much about its nature.

It is a masculine principle, associated with authority and figures of authority in general. The Sun in synastry represents a married man and it is an important symbol, as such. The Sun is one of the most important elements in synastry.

Luminaries give light; hence, they are needed for partners ‘to see’ each other in synastry.

Saturn in Mythology and astrology – Planets in Synastry

Notorious Saturn is the planet to be blamed for all our troubles and misfortunes in life or at least many believe so. This malefic is certainly not a lovely one, but Saturn plays important role in astrology.

Saturn is the planet of restrictions and limitations, of difficulties and hardship. Saturn is a strict, cold and quite an insensitive tutor.

However, without its influence, we would not know what responsibility, organization and seriousness was. Saturn’s restrictive qualities are essential for its strictness, although it is definitely not desirable that it takes you over.

In addition, it is associated with all kind of troubles, illness, poverty, loses and misfortune.

Saturn’s lessons are bitter and very difficult o understand and them accept; no one wants to suffer. However, the ‘planet of suffering’ would set up some moral standards, awaken the sense of responsibility and the importance of consistency.

Saturn is associated with history, past, with our ancestors, heritage and tradition.

What do we have here? Golden Sun and grey cold Saturn conjunct.  These powerful planets conjunct create a strong and stable bond between partners.

On its good side, this contact awakens the sense that you two could fully rely on one another, especially when it comes to that practical and not especially romantic part of the relationship.

We could say that this contact would represent a marriage. Be cautious of such a stereotypical description of either of the two.

Marriage does not have to be deprived of romance, of course not! We use stereotypes in order better to explain the effect of the Sun conjunct Saturn. This contact means that you could develop deep commitment, based on the sense of mutual trust and reliance especially in terms of financial stability, security, loyalty et cetera.

All these are inevitable for a stable relationship that leads to something bigger, a marriage.

There is a conflict between the two and it comes from their different natures, which is something both should do well to understand and accept. Saturn loves security and strict organization. It does not like change.

The Sun is enthusiastic by nature and may have ambitious individualistic aims and designs. The Saturn could try to restrict the Sun’s enthusiasm out of the fear of loss.

The Sun might thus feel attacked and resentful towards Saturn.

The Saturn person should try to let go of the fears of the individualistic Sun growing distant and unleashed. The sun should not take Saturn’s criticism to harsh, understanding that it comes from fear.

These two would do well to try to understand their differences. Other aspects would define the capacity to do so.