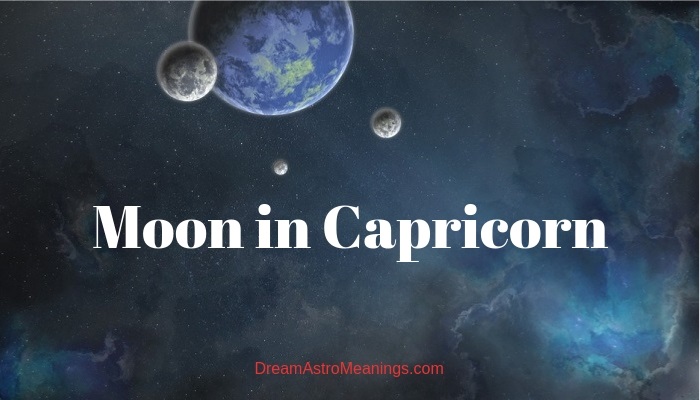 The Moon is a natural Earth’s satellite and the only permanent one the Earth has. It takes 27.5 days for the Moon to orbit the Earth. The Moon is the fifth in size natural satellite in our Solar system. It is believed that its formation dates back 4.5 billion years ago, right after the formation of the planet Earth.

The most common explanation of its occurrence is that it formed from the debris caused by the impact between Earth and the astronomical body Theia.

Its rotation with Earth is synchronous and it always shows the same side to Earth, the near side. Unfortunately, it is impossible to see the far side of the Moon. It is the second brightest body in the sky, following the Sun. The Moon’s gravity influences the ocean tides as well as the Earth tide.

The USA had the first man mission on the Moon in 1969 and repeated these missions six times during the period 1969 and 1972. After the last mission in1972, the Moon was only visited by spacecraft without a human crew.

In astrology, the Moon is the planetary ruler of the sign of Cancer. It spends on average around 2.5 days in each sign. The position of the Moon in our natal chart reveals or habits, our instinctive reactions and our unconscious beliefs. It also depicts our deep personal needs and desire for comfort and security.

The Moon represents our reactions, while the Sun describes our actions. It explains our instinctive reactions to issues we encounter. It describes what we need in life to be able to feel secure.

This planet shows how well our inner and outer worlds are connected. It symbolizes our irrational side while the Sun shows our rational side. It also shows our prejudices and our beliefs, as well as our habits. It is responsible for our instinctive and subconscious reactions and behavior.

Moon influences some people more than others. Usually these are the people born with the Moon in a water sign, such as Cancer, Scorpio, and Pisces; also, people who have Moon as their ruling planet (those born with Cancer Sun or Ascendant), or the ones who have Moon prominently placed in their natal charts, i.e. on the cusps of their Ascendant, Descendant, 4th or 10th house.

The Moon also rules our inner knowing, like our intuitive insights, hunches, instinctive reactions. It also rules the creative ways of our personal expression, through arts and other creative forms of expression. It describes the areas of our lives where we feel at home. It symbolizes our past and our memories, while the Sun symbolizes our present.

The Moon indicates how adaptable we are. It rules our sentimental and introspective side.

People influenced by the Moon are often moody and prone to irrational behavior. The sign where the Moon is placed in our natal chart indicates our emotional reactions to the people from our surroundings and our environment in general, our private habits and behavior, especially towards the people that are close to us.

The Moon’s placement in a certain natal chart house indicates the areas of life where we feel most comfortable.

Men with Moon in the sign of Capricorn tend to be reserved and cold. They don’t show their emotions easily and often are not emotional at all. These men are often focused on their financial and career success, and put all other things aside.

They desire to reach high in their status and provide financial security for their future. They have a protecting nature and their loved ones are taken care of very well.

These men have a tendency to put a lot of responsibilities on their shoulders doubting the abilities of others to perform them as good as they can. In some cases, these men have a superiority complex, believing that they are better than others and that they deserve more from life than the rest of people.

One thing cannot be denied; they are hard workers and they don’t give up until they reach their goals.

These men can have a tendency to rationalize everything and don’t get emotionally involved with people easily. They can sometimes be very reserved even in their romantic relationships.

They can also be very possessive towards the people they care about, but not allowing anyone to influence and possess them in any way.

In some cases, these men can be relationship players, whose only goal can be to be with as many women as they can, without any emotional attachment or responsibility towards them. Their natural coldness and distance are visible in these cases.

Women with Moon in Capricorn can be very emotional, but they rarely show their emotions.

On the outside they remain distant and reserved, and for the people who don’t know them well can appear very emotionally detached and cold; this is usually a mask these women use so that they wouldn’t get hurt or take time to get to know a person well before opening up to them. In any case, these women are being perceived as insensitive.

The truth is that these women usually have a caring and nurturing nature, but they are overburdened by different concerns which prevent them from demonstrating their nature openly.

They have a tendency to put all the weight of doing some work on their shoulders without involving other people who are also concerned simply because they believe that they can do everything better than others.

These women (like men with this placement) are usually afraid to let go of control over things and people, and that is what causes problems in relations with other people.

People with Moon in Capricorn are very responsible, reliable, and confident.

They are capable of achieving great success and accomplish their goals. They are usually successful and manage to climb high on the social scale. They are good providers and manage to establish financial security for themselves and their loved ones.

People with Moon in Capricorn can be reserved, distant, egotistic, as well as have a superiority complex and believe that they are better than others.

They can also be insensitive, unemotional, cold, and manipulative to get what they desire.

People born with Moon in the sign of Capricorn often appear rigid and are prone to controlling their emotions. They are practical and responsible and they care about their own security and the security of their loved ones.

These people need to establish financial and material stability to be able to relax and enjoy life. They usually have a calculated approach towards their future and they need first to determine the steps which they’ll take to reach their goals.

They are usually very responsible and they take their duties seriously. To most people these individuals could appear cold and calculated and up to some extent this is their true nature.

Usually some life circumstances they encounter dictate this way of approach to life. People with Moon in Capricorn often need to take care of someone and support the people who are close, usually family members.

Responsibility is a natural response for these people and they don’t find it difficult or burdensome.

They have a natural ability to provide for others, nurture them, and take care of them. These people are usually perceived as the ones who are able to accomplish anything they are asked to.

In some cases, this placement puts these people in a position where they need to prove themselves and meet the expectations of some authority figures in their lives, usually parents, teachers, etc.

These people usually have issues while trying to establish emotional connections with other people. They are not spontaneous and usually appear reserved and unapproachable. These people need to take their time to get to know people to be able to relax in their presence and become close to them.

This doesn’t mean that these people are not emotional; not at all.

They are very emotional, but they don’t give away their emotions easily. They need to assess a person before deciding to become close to them or become emotionally involved with them.

These people don’t like making mistakes in their judgment and that is why they take their time to make valid conclusions about others.

Moon in Capricorn people don’t want to waste their time with people who are not worth the effort. These people need to respect someone first before they let them become a part of their lives.

Their nature is very stable and they are very reliable. They keep their word and they keep the people who are not keeping their word at a distance. These people are very honest and direct. People who deserve their loyalty and devotion will get the best from these people.

They respect tradition and their family ties, and are a relative everyone is happy to have. In some cases people with this placement could even be considered conservative.

In some cases, their calculating nature could make them give to others only as much as they expect to receive in return. These people are very concerned about their social position and status, and some of them tend to value others based on these criteria.

They usually don’t invest in short-term projects, and prefer persistence and longevity. They are focused on creating a solid base for their future and the future of their family.

These people often feel the need to prove their value to others and are focused on accomplishing their goals. They have very high standards and they want to reach the maximum of their abilities. They are very confident and self-sufficient, but they tend to exaggerate in doing everything on their own, which could separate them from others.

They might acquire a belief that no one is good enough and capable enough to do certain things which could lead them to exhaustion while trying to do everything. They should stop imposing so many duties upon their shoulders and delegate them to others.

They need to learn to relax and be able to show their weaknesses and admit that they are overwhelmed by the number of duties they have.

These people need to learn to relax and accept that they are not perfect, nor that they should be. They also need to become more open to people and interactions with others.

This might take a while and might require some emotional cleansing of old wounds and fears from the past, but it is possible and it will bring this person great joy and ability to enjoy life as it is, not trying to control anything.

People born with Moon in Capricorn are often reserved and appear cold and distant to their observers.

It often takes some time to get to know them well because they don’t have a habit relaxing and demonstrating their true face in front of strangers.

They tend to overburden themselves with a lot of responsibilities because they believe that they are the only ones able to perform them with perfection.

The advice for these people is to let go of control of things and people, relax and enjoy life.