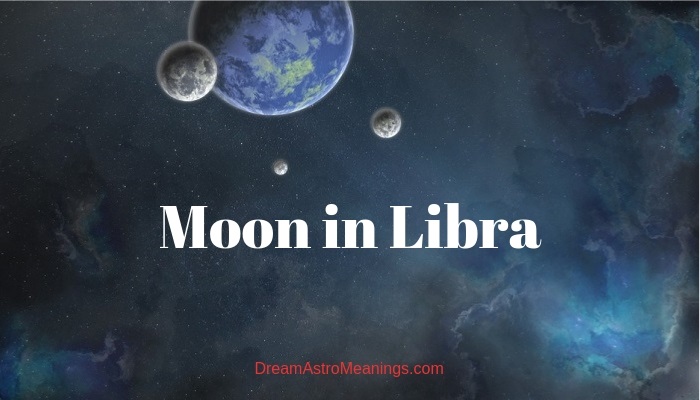 For thousands of years, people from all over the world have been looking into stars above, trying to find answers to ultimate questions of our purpose in this universe.

Why are we here and how did we came here, in the first place? What is our purpose and are there divine entities listening to our questions? As you know, planets we carefully observe all carry sacred names of ancient deities.

Astrological planets are named after great gods of the past and they carry their meanings, in form of archetypes. Astrology, as it is, is a very old, ancient path of understanding the cosmos and our place within it. There are different paths, in different parts of the world.

There we have great and very complex systems, such as Chinese and Vedic astrology.

We are the most familiar with Western astrology, which originates from old Persia. The exact time of its birth is unknown, but it is believed it seizes back into far past, in times as old as several millennia. This Western astrology is still in wide use.

The name astrology or astrologia in Greek, means the ‘science of the stars’, from old words astron and logia, which mean a star and to know of.

Astrology is a scientific-like discipline, having all elements that constitute any modern and officially recognized science, with its principles, methodology, knowledge and rules. However, today it is not seen as an official science, but a pseudo science. Conventional scholars of the modern day are skeptical about astrological interpretations.

They, perhaps, have some right to be suspicious, since astrology could be very abstract, very flexible and imaginative. In addition, it is commonly misused or misinterpreted. To be an astrologer is not an easy call, because what you offer your clients is for a great part, your own creation. Each personalized horoscope is unique piece.

Personalized horoscopes are exactly what most of people are interested in. They want to know about their life and future or that or their loved ones. They search for answers on why some things in their life are happening or have happened the way they did. They want to know if stars are in favor their love relationship, their career goals and so on.

Astrological analysis could answer these questions, but only to certain point.

There are no direct answers in astrology, because stars show what you are predisposed to and what capacities you, as an individual, possess. This means that the way your potentials would manifest in reality depends greatly on you.

You should use astrological knowledge to make the best out of it.

When we talk about astrology and stars, we actually focus on planets. Western modern astrology focuses on known planets of the Solar system. In ancient astrology, not all of them were enlisted, since planets further from Saturn were not seen.

That is why we call Uranus, Neptune and Pluto ‘modern’ planets. However, we are interested in another division of planets.

Personal planets define you as a person of certain traits and qualities. These planets move fast and often change positions, which makes their influence highly individual. Other planets move slow and spend several years in one place, meaning that they affect more than one person, the whole generation or generations, in similar way.

The outcome in an individual horoscope, of course, depends on many factors.

The Luminaries, the Sun and the Moon are the brightest of planets. Yes, you heard well, these two are also counted as planets in astrology, although technically they are not planets.

The Sun represents one’s active energy, one’s focus, one’s ruling zodiac sign. Your native sign is where the Sun stands in your natal chart. We could say the Sun is the master of your horoscope.

It represents the essence of a being, one’s personality, potentials, general attitude towards life, the person’s Ego. The Moon represents everything behind this manifestation of personality. It stands for inner voices, intuition, instincts, emotions.

Without its influence, one cannot realize their potentials to the fullest. Let us now talk more about the Moon and horoscopes.

The Moon is the mirror of our soul. It represents our true, deep emotions and ourselves as a feeling being. It also stands for flexibility and for communication that leads to connection. The Moon has much to do with our attitude towards all sorts of relations with people.

It symbolizes family values, parenthood, especially motherhood, home and closeness to it.

It could also sometimes represent another influential female figure in someone’s horoscope.

In natal astrology, in personalized charts and horoscopes, the Moon represents our emotional self, our child within, our connection with the past. It symbolizes feminine energy, mental stability, intuitive thinking, deep imagination, mystery.

It rules the sign of Cancer, which is known as one of the most hardly recognizable and the most emotional signs.

The place the Moon occupies in your natal chart represents impressions that build up your character. Some would say the Moon is even related to experiences and impressions from the past life.

The Moon represents our reactions to the world that surrounds us. It describes the formation of impressions we receive and the way we process and channel those impressions.

Let us now find out what it means to have the Moon in Libra.

The Moon in Libra could be a harmonious combination, if other aspects you have in your birth chart are in favor with it. People with the Moon in Libra have distinctive need to search for balance and harmony within their own soul. They seek for balance in their life, in general.

These are the ones with the most diplomatic and peacemaking attitude towards life as a whole and people they encounter on their way.

In Moon Libra individuals, there is a rarely seen balance between the reason and the emotional self. It is something others take years of struggling within to accomplish.

Moon Libras are born with it, which makes them calm, understanding, tolerant people who care much about their own integrity. They are stable and confident people.

It is true that Moon Libras are commonly in doubt over things, but if their aspects are good, it only serves to their advantage. In this case, it simply means these individuals are capable to sit down and patiently think about all opportunities in front of them. They are mature in making decisions and capable of clearly distinguishing their desires and their needs.

However, they are pretty flexible and sometimes they will consciously choose desires over needs, if it pleases them at the moment. However, they are not hasty or foolish, let alone impulsive ones. They are ones of the emotionally steadiest people.

Their emotional self is guided by logic and reason, meaning their mind is switched on when making important decisions, especially about things that inspire, motivate and intrigue them.

Moon Libras are lovely, charismatic, friendly people, always open to listen to others and offer some advice. They are polite, elegant and well educated. These people avoid vulgar talk or any sharp words. In communication, they are very diplomatic. They never seek arguments and usually act as mediators.

Moon Libras are genuine peacemakers and they could efficiently settle down a conflict without any bloodshed, to speak figuratively.

The Moon in Libra accentuates romantic tendencies, sophisticated taste, elegance, pacifism and supports the individual’s need to establish firm relationships, unity, strong bonds, especially in terms of love life. It is not uncommon that Moon Libras see marriage as their ultimate goal.

It represents their ideal idea of harmonious life. Their primal force is the need for balance.

This is why Moon Libras search for their second half in another person, very often. What is very important is that they do not rush into relationships. They are emotional, with delicate senses, but also very reasonable and logical.

Their relationships are often results of well thought options, combined with the driving force of their romantic feelings towards a person.

Moon Libras need fulfillment on both levels of their being, mental and reasonable, as well as emotional and sensing. This is particularly related to romantic relationships, but it sometimes reflects on other areas of life. If anything misses, these people feel incomplete, nervous, irritable and sad.

This initial disappointment does not discourage a Moon Libra, but makes him or her search further. They have positive attitude towards life and never lose hope they will eventually find what they are searching for.

The Moon in Libra creates a well-balanced personality that knows the difference between emotions and reasonable thinking. Moreover, not only they are aware of the difference, but also they can harmonize both. Their attitude towards life is positive and they never give up searching for balance.

They are naturally kind, friendly and sophisticated; it is in their core. They are usually well raised, well educated and well mannered.

They are sophisticated and elegant, soft and lovely. Their diplomatic, benevolent, but also self-confident nature is recognized early on, even in childhood. They would always try to find a peaceful and diplomatic solution to any problem, in order to avoid harm. They do not only protect themselves, but also others. Generally, they do not like to see people suffer.

With Moon in Libra, people care about what impression they make in public, in social situations. They stay natural, but avoid conflict, think before they say something and try not to make drama over various inconveniences.

They are just and honorable people. Their calmness easily spreads into their surroundings.

People feel good in their presence and never feel less important, which is striking, since Moon Libras are known to have some kind of aristocratic appearance and attitude. However, they are not arrogant. They are charming and very kind towards people.

Moon Libras are noble characters, open to make compromises, to the benefit of all.

There are not many bad sides of having the Moon in Libra. In fact, this is a very soft and well-balanced combination.

Problems may occur when Moon Libras make a mistake and enter a relationship that does not fulfill their needs.

They would make compromises, in order to nurture their relationship, but sometimes happens something simply misses and this make Moon Libras feel hollow, incomplete and sad.

Moon Libra men are true gentlemen. They are ideal partners, rare to find. Moon Libra man is polite, kind and efficient at his work, because he loves doing it. He is friendly and incredibly charismatic.

No one can resist his laughter, but his reasonable and diplomatic suggestions are highly valued.

He is a person of proud and positive attitude, who also cares about how others feel. He is a true knight in the men’s world.

Moon Libra women are sophisticated ladies of great taste. They naturally shine and make others instantly feel better in their presence.

This lady would never make others feel less important and she is open to help others.

She loves to be an example of politeness, elegance and love for justice and peace to others. It is exactly how others see her. Just as Moon Libra man is a knight, she is a true lady.

The Moon in Libra is an astrological combination to wish for. People with the Moon in Libra express unique sense of balance needed to be established between one’s reason and emotions. If aspects in their natal chart were good, they would have no problem finding the balance.

These charismatic, positive people are welcome everywhere, because they easily make others feel better.

Their style is elegant, soft and kind. They are benevolent and of humanitarian nature.

Although Moon Libra never neglect their own needs and take good care of themselves in total, nurturing their own material needs, emotional needs, professional and so on, which indicates a strong Ego, they are rarely arrogant and too proud of themselves.

They never pretend to be someone else.