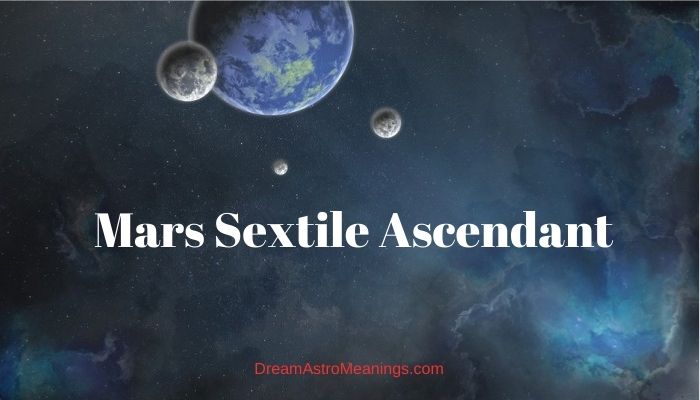 According to the usual division, Mars, together with the Sun, Jupiter and Saturn, belongs to the group of superior, male planets.

It is warm and dry by nature. Because of his exaggerated warmth and cholericity, many ancient astrologers were of the opinion that he displayed his qualities in a far better way at night, and was assigned to belong to a group of nocturnal planets, along with the Moon and Venus.

In the natural horoscope, Mars rules the signs of Aries and Scorpio, as well as the 3rd house, while in the 6th house he rejoices.

Mars is of malefic influence. It manages a person’s driving energy, ambition and desire to stand out and prove themselves in a particular thing.

Based on how Mars is placed in our natal chart, we will get answers to questions like – What is our energy.

How much do we use it? Are we fast, moderate or slow? Are we using our energy properly or are we rushing? How enterprising are we? How physically and mentally active are we, and so on.

Therefore, it is logical that Mars governs both our determination and the decisions we make. Mars reflects a warrior, competitive and conquering spirit, and has always been associated with the urge to conquer, wars and battles.

Government of all types of competition. But because of his tremendous energy, he is naturally most attached to sports.

The bad side of Mars is contained in quarrels, conflicts, conflicts and wars, and with Saturn, also suffering. In addition to the above, it is very important to emphasize that Mars reflects an innovative spirit.

Since we live in a time of intense development and change, we should always keep in mind that Mars symbolizes all innovation, significant change, and revolution.

On a personal level, Mars shows how innovative we are, but also our atypical and eccentric physical manifestations and appearance.

A person with an accentuated Mars is constantly striving for some higher goals, and as far as his physical appearance is concerned, he certainly does not have to put a jar on his head in order to stand out in something.

Even if that Mars was deeply hidden in the 12th house, if it is in some way highlighted in the horoscope of one person, that person must stand out from the crowd in some way.

In many currents of modern astrology, communication and rhetorical abilities are governed by Mercury and the 3rd house, which completely coincides with traditional astrology.

However, the influence of Mars is visibly neglected here.

The first thing to keep in mind is that Mars is not without reason the natural ruler of the 3rd house. The Egyptian Rhetoric says that Mars shares the mouth control with Mercury. In numerous cases from practice, I have come across that Mars reflects man’s communication abilities much more than Mercury.

Of course, not always. It all depends on the other settings. But I am of the opinion that Mercury and Mars equally govern our rhetorical abilities and communication. I associate Mercury more with how we think, with how we reason and with logic, while Mars is more with what and how we speak.

Mercury is the one who thinks and thinks, who gets a handful of insights. But as it is cold and dry, he carefully chooses what to say.

While Mars, as warm and dry, draws from it what is most important and utters it. Unlike Mercury, he does not suffer from scruples, insight and correctness, whether what he says will hurt others.

And, perhaps, you are an eternal rebel, who does not have time to think much, but always tells everyone everything he has. But then there come times when that directness starts to cost you dearly, and then you start to think well about each subsequent procedure, that is, focus intensively on Mercury’s energy.

As for the topic of Mars and communication, this planet is the one that likes to talk a lot. Little or much, calmly or directly, it again depends on his setting in natal.

For example, if he is in Aries or Capricorn he will be direct and unambiguous, and will always have some new topic. While Mars in water signs will be careful, subtle and cautious. If he is in the signs of Jupiter, then he is always philosophically inclined.

Mars manages a sense of humor. The greatest comedians have this planet emphasized in their horoscopes.

Some old authors associate Mars with nomadic life, and thus with travel. Logically, because this planet symbolizes movement and action.

Nowadays, Mars is associated with all humane social movements that primarily fight for higher degrees of human freedom, his greater rights and equality.

Although we know that there are many false social movements, which have a solid political and even mafia background behind them.

They rarely converge in one sign, although there are such cases (it is precisely such cases that most of all correspond to the classical descriptions of a particular sign).

As a rule, in men, the Sun constitutes the “basis” of the personality, a set of its constant properties, and the Moon determines the forms of their manifestation – the degree of adaptability to the environment, tendencies and dynamics of development. In women, both luminaries “switch roles.”

To calculate the Ascendant, use our online natal chart. The Ascendant shows the degree of realization of the possibilities inherent in a person.

We can say that the solar-lunar horoscope is, as it were, a “genotype” of a personality, a set of properties given to a person at birth, a product of a certain geomagnetic situation (left hand in palmistry).

Whereas the Ascendant can be called an astrological “phenotype”, a set of properties acquired by a person more or less consciously during his life (in palmistry – the right hand).

This is an expression of the very freedom of will that Ptolemy spoke about, pointing out that the “stars” determine fate only half, – the rest of the person is satisfied by himself.

Another thing is that not all people can (or want) to become “the smiths of their own happiness,” many just go with the flow, leaving fate to make decisions for them.

Another difficulty lies in the fact that in the West it is customary to record the time of birth of a person with an accuracy of the minute, so there the calculation of the Ascendant is rarely difficult. In the countries of the East (including the Soviet Union) such a possibility is not always available; the error in the time of birth can be up to several hours.

Here you have to either rectify the Ascendant according to the events of life, or make do with the solar-lunar horoscope, which, unfortunately, is more like a magazine horoscope for large masses of people.

But let’s get back to the houses counted from the Ascendant. We received twelve different-sized houses – their size varies depending on the geographical latitude, time of year, and also on the time of day.

In addition, we received four important points, of which one is the Ascendant. Let’s consider them in more detail.

The most promising auspicious aspect of a horoscope mitigates the negative effects of Mars by connecting a traumatic and explosive planet with an ascending sign that affects social success.

The positive qualities of a militant alliance come to the fore: determination, purposefulness, courage and justice.

If the Ascendant is in fire signs, then the bright charisma and enthusiasm of active actions in moving towards the goal simply cannot go unnoticed. There will be enemies, but they too have a secret admiration for the native, recognizing him as a worthy rival.

Straightforwardness and unwillingness to lie, even to the detriment of their own interests, cause sympathy and a desire to help such a sincere and fearless person.

By nature, powerful immunity and good health help out in disasters and war, which the bearer of the horoscope may face if there are negative aspects with Uranus and Pluto.

The native is especially impressed by sports, military affairs, business, and politics, because it is here that he can show a leadership principle and loudly declare himself.

Glory, recognition of the uniqueness of personality and commanding abilities will always be a priority for both men and women with this aspect.

The house and sign, where Mars and the Ascendant are located, show with the help of which qualities of character and external circumstances it is easier to achieve the desired.

If sectors 3 and 9 are affected, then good luck awaits in traveling, communicating with teachers, in the learning process, in car racing. 7 and 8 at home – creativity is revealed in a team, with the support of a team, in tandem with a spouse, 10 – with higher education and in the position of a boss.

Thanks to the positive energy of the sextile, the astrological predisposition of the Mars-Ascendant connection to injuries and burns to the face and head is softened. There may be dangerous situations, but something always saves.

The stone touches on a tangent, a loved one leads away from the blow, and the fire barely scorches the skin.

However, being careful with electricity and firearms will not hurt. It is interesting that regardless of gender, the native prefers to be friends and work with men.

Women choose an atypical profession that involves cooperation with the stronger sex: military and sports medicine, law enforcement, the Ministry of Emergencies, firefighting.

They also behave independently and rudely, regardless of the stereotypes of society, which does not diminish the number of admirers who admire their independence, passion and adherence to principles. They get married early, but in marriage it is difficult because of the unwillingness to play a second role and devote themselves to the home.

Active work, love of extreme sports and sports are the three pillars of the native’s world, with which he will not part, even for love. A man with a sextile Mars – Ascendant radiates the charisma of a superhero, intelligent, strong and fair.

He is looking for true love, and above beauty he values ​​loyalty, courage and an active life position of the chosen one.

Sexual compatibility is also important for both sexes. They do not accept kept women, although they are generous by nature, but they will not tolerate infantile opportunists who want to live at their expense.

Strengthening the sextile Mars – Ascendant with talisman stones Despite the softening effect of the sextile itself, if there are negative aspects from Uranus, you need to bypass electrical devices and choose dates for flights together with an astrologer.