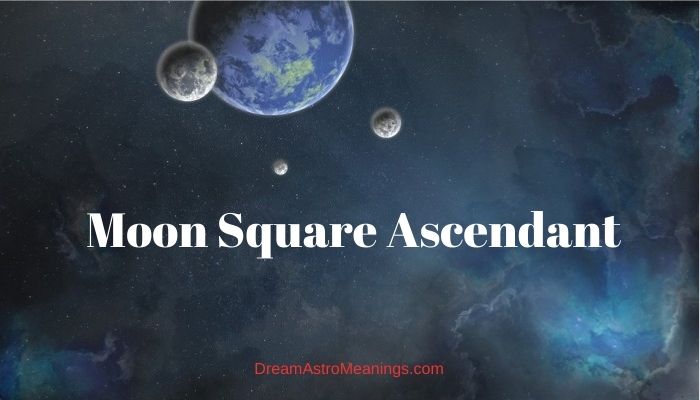 The moon in the birth chart will tell you what is necessary for good health, will help you to understand the way to take care of yourself. If you understand the Moon on Ace, then you can find a way to improve your mood.

Although the owner of such a card is inconstant in his manifestations. The same as our night beauty.

At the same time, the Moon represents our needs, home, hearth, mother, family. All of these things are extremely important to the native.

They most directly affect his entire life. Such a person devotes a lot of time to taking care of his body. However, nature itself is very unstable and prone to change.

It is necessary to consider the houses ruled by the moon. Cases in this area will be of interest to a person in the first place.

If the Moon is in exact conjunction with the Ascendant, then its influence will be the highest. There will be some differences depending on the male or female card.

Besides the fact that in all the charts the Moon is the symbolic ruler of the mother, but in men the Moon also personifies the wife, and in the female chart – her own motherhood.

The moon personifies motherhood, therefore, in a woman’s horoscope, it will be one of the most important areas of life.

As a child, the family will lay the foundations for understanding life strategy and this will remain forever.

The moon can make the owner of the card too capricious, easily embarrassed, like a mother. Such a person is very impressionable, sensitive, has a developed intuition, especially with the Moon in water signs. It is very important for a native that those around him accept and understand his nature.

The mother will undoubtedly have a great influence on such a person in childhood. The influence of a woman can determine the future path of a native.

Circumstances will develop in such a way that the family will become especially important and come to the fore. Outwardly, the native can be very similar to the mother. From her, he will learn to adapt to the expectations of others.

Sometimes such men are overly cautious and indecisive, often change their minds. Someone helps or takes care of them, and this state of affairs allows them to stand more firmly on their feet. It is possible that it seems to others that they have an eternal child in front of them. It is necessary not to forget about the houses that are ruled by such a moon, they should be given attention first of all.

In addition to the aspect of the connection of the Moon with the AC, others are also distinguished. Let’s consider the most significant: trines, sextiles, oppositions, squares. There are features in the manifestations of the influence of the Moon in different signs in the case of the mutual influence of the planets.

The moon on the AS is in opposition to the planets of the DS. This position means that the planets opposite the Moon are in the 7th house. Most often, it is believed that other partners will be such planets. The position suggests that the Moon has a balancing pole to deal with this opposition.

The moon interacts with these planets, using all the power of the sign where it stands, its own angular position and tries to find agreement with the planets of opposition.

Moon on the AC in trine or sextile with the planets on the chart. This means that the planets are in a friendly position towards the moon. Therefore, the affairs of these spheres will develop quickly, without delay. But what matters it will be, there is no need to rush to conclusions.

Since you can quickly and easily get into the surgical department, or you can get married without even kissing. So the elements, modalities of signs, the power of the planets, the Moon should be considered. And only then draw conclusions.

The square of the planets is an important astrological aspect that must be paid attention to when drawing up a natal chart. The influence of the square brings disharmony into a person’s life, but at the same time makes it possible to overcome difficulties.

Learning the square is a starting point for personal growth, revising patterns in behavior, and gaining new knowledge. Read more about the various aspects of the quadrature of the planets in our material.

In astrology, it is believed that the planets determine human behavior. The luminaries, the signs of the Zodiac, the aspects between them are forces that can make people do this and not otherwise. Planetary influence is realized through needs.

At some point in time, a person begins to crave something: to quarrel with everyone around, buy hats of different styles, go on a trip or drop everything and leave for Madagascar. The need develops so strong that there are not enough internal resources to resist it.

Moon squared with planets map. The square is considered a tense aspect, although some astrologers suggest calling it rather a drive that triggers a certain program of the native’s actions.

In any case, when interpreting this aspect, it is necessary to take into account which planet enters into the aspect of quadrature, what it bears, for which spheres it is responsible and whether it can harm the Moon (after all, the square symbolizes tension), or it will cost a little blood.

Moon in aspects to the houses of the card. If the Moon on the AC has an aspect relationship with angles, then these are the most important aspects of all aspects of the Moon with houses. Other aspects in the cusps of natal houses are not so important, however, they are no less interesting and reflect the interaction of the Moon with the spheres of houses in accordance with their meanings.

The position of the moon on the AC can be important especially during childhood. But even at a later age, you should understand the “inner child” hidden inside you. These provisions can be considered in more detail in the classroom with our teachers.

Squaring shows that a person does not have karmic experience and the qualities of character necessary for success in society. You will have to accumulate them from scratch.

At first it will be difficult to compare the adaptations of a newborn in the world around him, but with each new experience, self-confidence will lead to the destination on the beaten path, and the right people and circumstances will automatically be attracted.

However, the owners of the Moon – Ascendant Square have a difficult path to control over emotions, fears and fantasies that prevent the comfortable realization of their talents in society.

Even a friendly company of people is perceived as an examination board that tests communication skills and the ability to answer witty questions, and if the audience is critical, the native will prefer to escape into the fantasy world, where he is a superhero without fear and reproach, and will not strive to become one in reality.

The danger of square Moon – Ascendant The owners of the square are slow and cautious in their manifestations of emotions, therefore they often miss the right moment for active actions to promote business and improve their personal life.

Often there are misunderstandings and coldness in dealing with family members, especially with the mother.

She can impose her own vision of a happy life for the native, influences the choice of profession, and if the owner of the horoscope is a man, then she herself selects a spouse, which does not always coincide with the tastes of the person himself, but if the Sun is weak, then he will not dare to protest.

Horoscope owners also look back at the maternal opinion, are afraid of condemnation and criticism with regards to creativity and personal relationships. The family perceives the native as a kind of misunderstanding and an obstacle in the way of common plans.

Any annoying little thing knocks him out of a rut, or serves as a spark that kindles a fire of feelings. The owner of the Moon-Ascendant square does not want to restrain them, and this habit sometimes persists until old age.

A paradox is created: the usually reserved and cautious person turns into a frantic monster spewing out streams of passionate speeches. The native is then ashamed, but if in his youth he did not learn how to cope with such attacks, then later everything goes according to the same scenario.

Other characteristic signs of the Moon – Ascendant Square: emotional stiffness, fear of open space, public attention, communication with several people or a large audience; an acute painful reaction even to positive criticism of one’s work, conflicts with older women.

dependence on other people’s opinions, suggestibility, addiction to alcohol and antidepressants in order to gain courage before performances or exams; fear of bureaucratic authorities and medical procedures; expectation of maternal support and forgiveness from the boss, colleagues and friends, especially if the Moon is in the 10th and 11th houses; infantilism, the need for praise and guardianship even as an adult.

Such attitudes rarely bring the owners of the Moon-Ascendant square the desired motherly warmth from others. On the contrary, they attract scathing critics who confirm their lack of self-confidence.

The strong position of Venus can save the situation, and then the native will go to the dream with the support of a passionately loving partner. If the planet of love – Venus is weak or exhausted by negative aspects, then in addition to problems with self-expression at work, a person suffers from an inability to manage emotions in personal relationships.

Falling in love, men and women are equally lost in the presence of the object of affection, blush, do not know what to say, or, in order not to suffer from painful shame, they portray icy indifference. But if cute fans pay attention to them, the transformation is incredible: a timid, stuttering young man becomes an eloquent joker, and a girl becomes a party star.

In the case of successful relationships in youth and work on emotions, the owners of the Moon-Ascendant square create a strong family, but still expect to be patronized, listened to problems and comforted.

This need is especially clearly manifested in the position of the night luminary in Cancer, Pisces and Scorpio.

Eternal infantilism and childhood psychological trauma push them in search of a beloved parent, but the illusory worldview makes it difficult to perceive people adequately.

The main thing is to realize that most of the frightening scenarios that hinder progress towards success are performed only in the imagination.

Confidence and calmness in defending one’s opinion, including in communicating with the mother, will be helped by sessions with a good psychologist and analysis of the card by an astrologer, and the nervous system will be calmed by handicrafts and swimming.

It is necessary to accept the parents as they are, to refuse quarrels and proceedings with women who are older than the native, to give those compliments and gifts more often.

Decorations with natural stones will help to harmonize the Moon – Ascendant square, but it is better to choose them taking into account the elements of the signs where the planet stands: fire – selenite, fire opal, sodality; water – adularia, white pearls, moonstone; air – rock crystal, amazonite, mother of pearl; earth – cacholong, chrysocolla, white rit.

It is imperative to dress the minerals in silver and, before the first contact, leave it charged with moonlight for the whole night.