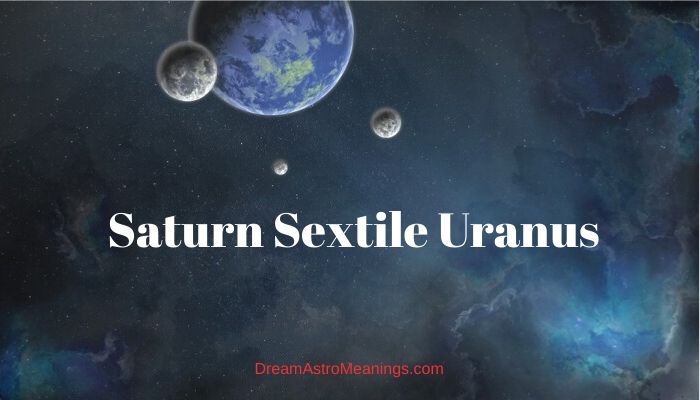 Astrology, as an ancient practice of deciphering planetary placements during the time of someone’s birth is a useful tool to determine someone’s personality traits and the possible path their destiny will take.

The natal chart is an astrological chart made for the exact moment of someone’s birth that shows the exact placements of the planets in that moment.

The signs and the houses where the planets are placed as well as the aspects (relationships) they are making with other planets, can give us a very precise picture of someone’s personality and the choices they are likely to make.

Because the natal chart is a frozen moment in time, these aspects remain embedded in the person’s life as long as they live and keep influencing the person’s behavior, their choices, and life’s events.

As we mentioned, the most important are the exact aspects, although there is certain tolerance of degrees for each aspect called orb.

The biggest orb is for the major aspect Conjunction which forms when two planets are at a same degree of the same sign or they are at a 0° angle. Aspects can be major and minor. They can also have beneficial and malefic nature.

The major aspects are Conjunction, Sextile, Square, Trine, and the Opposition. There are also the minor aspects, like the Quincunx, Semi-Sextile, Semi-Square, Novile, Decile, etc.

Minor aspects have a tolerance of only 1°, but when they are exact, they can have a strong impact on the person’s life.

Sextiles are aspects formed when the distance between the planets is 60 degrees. The sextile is a major harmonious aspect. It brings good fortune and favorable opportunities into the person’s life.

The sextile has a balancing nature. It enables the planets connected with this aspect to demonstrate their true nature and cooperate.

Unlike harmonious aspect, negative aspects tend to block planetary energy and create obstacles in the areas ruled by the planets and the houses where they are placed.

Sextiles usually tolerate orb of 5 degrees which means that the aspect is active when the planets are at a distance from 55 to 65 degrees.

Sextiles are aspects which connect complementary elements like air and fire and water and earth. They bring good luck in the areas ruled by the planets creating this aspect.

Sextiles also create talents and skills in the areas ruled by these planets. They also create opportunities for the person to use these talents or develop them.

People with a lot of sextiles, or harmonious aspects in general tend to become lazy and lose their ambition because they get their opportunities so easily. They usually don’t need to put in much effort into their achievements and things seem to fall in their lap.

That is the cause why they might begin missing opportunities and wasting their time. This is why they often waste their talents and don’t manage to use their full potential.

People with challenging aspect often become more successful than those with harmonious aspects because they have the drive that keeps them overcoming obstacles and fighting for their opportunities making sure they don’t miss any.

This aspect in transit and progressions usually creates opportunities and chances for people to develop their skills or use them.

During this important transits and progressions the person might start learning new things and they can bring important acquaintances into their life, people who can help achieve their goals and fulfill their dreams.

These transiting and progressed aspects are a sign of upcoming progress and development.

The planet Saturn is a big planet, considered the second largest in our Solar System after Jupiter, being the largest one. Saturn is well known for its ring system made of ice particles, dust, and rocky debris.

It has at least 82 moons orbiting its surface, and the largest moon is the Titan, larger than Mercury which is the smallest planet. Saturn is mostly helium and hydrogen, and lacks solid surface.

It takes Saturn 29.5 years to go around the Sun, while spending 2.5 years in each sign. The time when Saturn returns to its natal position is called Saturn’s return and that marks a period of retrospection during which the person evaluates the things they have achieved so far in life.

Saturn is the name of the god of agriculture and wealth for the ancient Romans. This god was also the ruler of social order and conformity. It was a very important and well-respected deity.

In astrology, Saturn rules the sign of Capricorn, co-rules Aquarius and is exalted in Libra.

It rules performing our duties on time. This planet also represents stamina and endurance and our determination to accomplish the goals we have.

When the planet Saturn is affected by transiting or progressed aspects that usually indicates a period when the person might experience events that will cause them to learn major life lessons.

The events are usually such that the person doesn’t have any control over them.

The planet Uranus has similar characteristics to the planet Neptune as they are both made of ice and very cold. In fact, Uranus is the coldest planet, with temperature of -224 °C. Uranus’s exterior is made of cloud layers and the interior is ice and rocks. Uranus also has rings and has 27 moons.

Uranus was the god of the sky in ancient Greece. He was the father of god Cronus and grandfather of god Zeus. In astrology, Uranus is the ruler of Aquarius. This planet rules unexpected and often shocking matters.

It rules situations and events that completely change our lives for the better or for the worse. Uranus is the ruler of genius people, discoveries that change the world, inventors, creative people and creativity.

Uranus ruled people usually don’t like authorities and they are very independent. They want to pursue their own path and desires and oppose authority.

These people are often eccentric and have unpredictable behavior. Their freedom and independence are very important to them and they don’t let anything or anyone jeopardize it.

The planet Uranus brings new experiences into our lives which help broaden our horizons.

This planet gives us a chance to grow through unexpected changes and experiences. It creates new opportunities through the transformation people experience under its influence.

Uranus’s is not an easy energy to handle. This planet doesn’t have mercy. Its gifts are often unannounced and masked as a disaster.

People often find their true purpose or make some other important discovery through suffering and pain caused by this planet. Uranus is the planet of endings and breakups and this often refers to personal relationships.

This is not an emotional planet and it often makes people under its influence a bit cold and disinterested.

Uranus is also a generational planet and it influences generations of people born during its transit through one sign. It inspires massive transformations in society, change of regimes, revolutions, and similar events with violent and unpredictable nature.

Transits or progressions involving Uranus will certainly bring unexpected events into the person’s life whose nature will depend upon the nature of the aspect or whether it is harmonious or not.

The sextile aspect between these two planets brings out the best of them. This aspect calms the unpredictable nature of Uranus and speeds up the slow and reserved nature of Saturn.

It enables the person make precise and quick decisions and deal with their everyday matters with ease.

Uranus speeds the Saturn thinking process without losing any of Saturn’s attention to details and organized approach to doing things.

Saturn has a grounding effect on Uranus and makes the person measured and structured.

This person is creative and intelligent. They are also very curious and interested in all areas ruled by Uranus and Saturn. This aspect makes the person very smart and capable for long and boring studies where the person manages to find a way to make them appear interesting and fun.

They have an explorative and innovative spirit but are also traditional and respect traditional values and achievements. They don’t rush blindly into changing things and their decisions are well thought and made with responsible approach.

They desire reforms and are often the ones introducing them, but they do it because the change has many improvements to offer to society and not simply for the sake of making a change.

These people are often talented into finding new ways of doing old things and they often introduce improvements into the old ways of doing them. Unlike typical Uranus people, these people are able to control their reactions and have patience to wait for the results of their actions.

They are adaptable and usually sociable, although there might be moments when they completely isolate themselves from others.

Their fields of interests are usually science and all kinds of innovations. They are usually successful in everything they choose to do.

They are excellent at solving problems that no one is capable of solving. They are able to explain difficult things in a simple manner and that makes them good teachers.

This is the time to reap the prize for something you have been putting yourself into for quite some time.

It is often the time when the person receives a promotion or a pay rise which can be surprising but it is certainly deserved.

This transit indicates a period when the person feels capable of doing multiple times at once without jeopardizing their quality of work.

It might be a time when the person gets many innovative ideas for doing things differently or ideas for making changes and improvements into processes which are outdated.