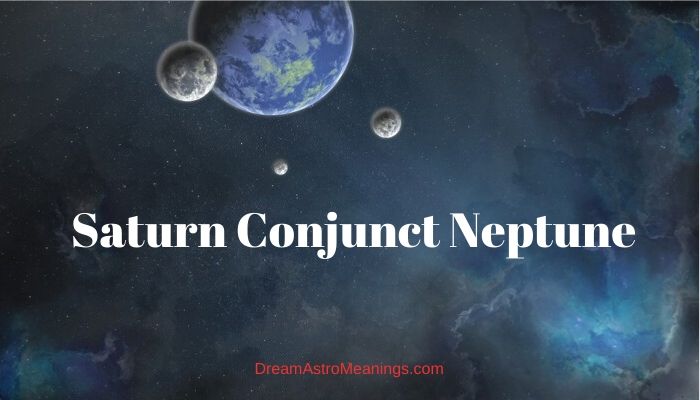 The planets have a strong influence over human lives, and that is something people have noticed long time ago. The observing of the stars and planet’s influence is very old, and dates back to the ancient Babylonians.

The discipline which uses this knowledge to determine someone’s destiny or their personal traits is called astrology.

Astrology analyses planets and their positions in the moment of someone’s birth, or for the moment of a certain event, to determine their potential and traits.

The basic analysis consists of analyzing the planets in signs of the Zodiac, their positions in natal chart houses, and the aspects they make with other planets in the natal chart.

There are other techniques astrology uses, but even the basic ones can provide us with substantial information to make important conclusions.

Aspects between planets are relationships they form when they are at a certain angle from each other. There are various aspects, and most common division is on major and minor.

Major aspects are the base of every analysis because they have the strongest influence. The strongest are the exact aspects. Even minor aspects shouldn’t be neglected if they are exact.

The aspects form the major personal traits and are responsible for the significant events the person experiences throughout their life. Major aspects are the trine, conjunction, sextiles, square and opposition.

Also, aspects can have harmonious or negative nature and influence. Harmonious aspects have favorable outcomes and enable the free-flow of planetary energy, and negative aspects block the energy of planets, and are often the cause of failures and missed opportunities.

Conjunction is a major aspect but its nature neutral and it depends on the nature of the planets forming this aspect.

It is formed when there is 0 degrees distance between the planets.

It is the most powerful aspect because it amplifies the energy of the contact and the sign where the planets are placed.

Astrology analysis can be used to determine relationship potential.

This analysis can determine whether two people are compatible or not and whether their relationship is likely to last. It can discover potential issues between the partners and give advice on the possible solutions for these issues.

Synastry analyzes the planets in the natal charts of two people who interact in some way (whether they are in a love relationship or they work together, etc.) and calculates the aspects between them.

The houses where one person’s planets fall in the chart of the other person show the areas where that person will influence the owner of the chart.

The aspects between their planets are also very important. They reveal the dynamics of the relationship and the basic compatibility between the partners.

If the aspects are predominately balanced and harmonious, this is an indication of a stable relationship where the partners have a desire to maintain their relationship.

They don’t mind making compromises and tolerate their partner’s individuality.

When the aspects between the natal charts of two people are predominately negative, the situation is different.

Depending on the natal charts of both individuals and their individual personalities which should always be taken into consideration when doing synastry analysis, negative aspects in synastry can have a range of different effects.

They could cause issues which can be resolved with effort, but in some cases, the issues they provoke cannot be resolved and cause the end of the relationship.

Challenging aspects usually indicate lack of compatibility and understanding between the partners.

There can also be a situation where there are no significant aspects between two natal charts.

This is usually an indication that these two aren’t interested in each other and that the relationship isn’t likely to begin.

The planet Saturn is composed of hydrogen and helium. It is a large planet with a ring system and 82 moons, with Titan as the largest. Saturn doesn’t have solid surface.

The name comes from the agriculture god for the ancient Romans. In astrology, agriculture is also under the rulership of Saturn.

Saturn spends around 2.5 years in one sign. It takes it about 29.5 years to finish a circle around the Sun. When Saturn returns to its natal position, this represents a time of retrospection and self-analysis. This is called “the Saturn’s return”.

During this time, every one of us analyses our achievements and evaluates our satisfaction with what we have accomplished so far.

Saturn’s position in the natal chart reveals the way a person handles their responsibilities, as well as the areas where the person might experience events of Saturn nature, or experience obstacles and issues, where they need to be responsible or patient, etc.

Saturn is a symbol of patience and endurance, and it often requires that from us.

When Saturn in the natal chart is triggered by progressions and transits, this often initiates events where the person learns major life lessons which require patience, determination, stability, organized approach, and responsibility.

Neptune is a very cold planet. This planet is composed of helium and hydrogen and inside is mostly ice and rocks. Neptune got its name after the Roman sea god.

Neptune rules water and all things related to water.

Neptune introduces chaos in our lives. It creates disorder and confusion. Those who are influenced by Neptune can possess these traits. They feel its influence, especially through progressions and transits that trigger this planet.

These people are emotional and sensitive, but they can also be unrealistic and unreliable. They could also be confused and disorganized. They don’t have good focus, and can be prone to procrastination and postponing their duties.

They are also prone to idealizing things and people, and can possess a vivid imagination.

If Neptune has challenging aspects they might possess a strong desire to escape reality, and they often choose to do that through different forms of addictions, such as drugs or alcohol.  Sometimes, they might be prone to criminal behavior, lies and deceptions.

In some cases, Neptune’s influence might make these people very religious. They might devote their lives to a religious purpose.

Sometimes they could possess psychic powers and use them to heal and help people. In most cases these people are very intuitive. They can be interested in gaining and practicing secret knowledge.

The planet Neptune crosses through one sign for years which makes it a generational planet.

It influences the society as a whole through transformational changes in the areas ruled by Neptune or the sign it transits through.

The Saturn conjunct Neptune in synastry is an aspect that could either indicate a strong spiritual bond between the partners or it could indicate the attempt to merge two completely opposite personalities.

Neptune is idealistic and unstable, and Saturn is materialistic and stands firmly on the ground. These two don’t understand each other.

Neptune is too flakey and unreliable for Saturn, and Saturn seems boring and overly organized and practical for Neptune. To each other, they might appear as if from another planet because they are completely different.

This aspect usually requires some support from other harmonious aspects between their natal charts.

With this connection, there is usually some responsibility involved between them, which is a common thing with Saturn. This connection is often present between partners where their relationship is impossible for some reason.

Either the two of them or one of them is already in a relationship or married, they have children, or they live at a great distance from each other.

This aspect often indicates that the relationship is karmic carrying within some debts that one or both partners must pay off in this lifetime.

This aspect is often an indication that the two people met again in this lifetime to clear their karma from past life or lives.

Often the relationship lasts as long as it is necessary for the partners to repay their debt to each other, and then they part ways.

Sometimes the purpose of the relationship is to improve their personalities by looking up to each other. Saturn might need to relax a bit, and Neptune should become more responsible and organized.

The conjunction aspect between one person’s Saturn and other person’s Neptune is usually an aspect with karmic significance.

These two have completely different personalities and yet they have come together to pay off some past life debts.

These debts or connections which stem from past life usually carry some heaviness and burden.

One of the partners might be having some issues and the other partner should help them overcome them.

This is often a situation where one partner needs to take care of the other because of illness or other problems their partner is experiencing.

The bond between them is usually very strong and even if they feel that the relationship is a burden to them, these two stay together until the debt is paid off and karma is cleared.

There is basic incompatibility between them. Saturn is overly strict, organized, and serious and Neptune is absentminded, confused, lacks focus and disorganized.

In some cases, the purpose of the relationship is to influence each other in a way that Saturn becomes more relaxed and the Neptune person becomes more organized and responsible.