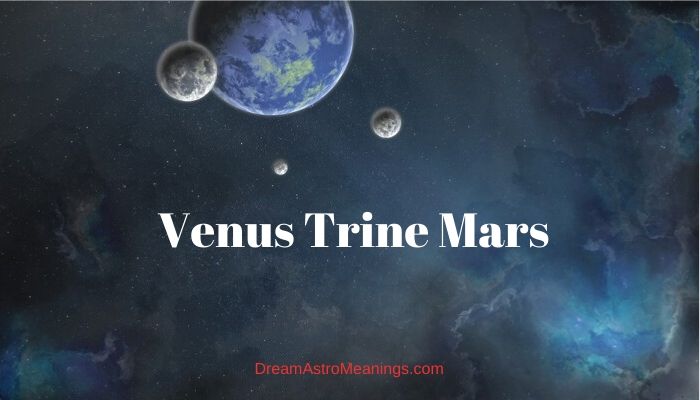 There aren’t many people who have never heard about astrology, but many of them are unaware of its accuracy and possibilities it offers.

This ancient discipline can give a lot of insight about people as well as relationships between people. It can predict events both in individual lives and in the world in general.

For millennia people have studied the impact the stars and the planets had on human lives and the world that surrounded them. They gathered their experience and knowledge about this influence into a discipline they named astrology, or the study of the stars.

Astrology is much more than a fun topic for conversation. It can be amazingly accurate when used by a skilled astrologer.

The base of analysis starts with analyzing a natal chart, which is a picture of the sky and planetary positions in one moment of time.

The astrologer analyzes the placements of planets in signs, their aspects, and their positions in the houses of the natal chart.

The natal chart reveals a lot about someone’s personality, interests, focus, and desires in life. It can also reveal the possible paths someone will take in life.

The planets in signs describe someone’s personal traits and character. They also can reveal someone’s physical appearance; their placement in the houses of the natal chart, reveal the person’s interests and areas where most action will where most of the person’s activities will take place.

The aspects between planets show personal traits as well as the possible events and destiny the person might encounter during their lifetime.

The aspects are relationships between planets formed when the planets are at certain angles from one another. They can have beneficial or malefic nature and have specific meanings.

The first category represents fortunate aspects which create opportunities for success and progress. These aspects allow the person achieve success without much effort.

The planets connected by these aspects can express their energy freely as well as their best nature. When the aspects are malefic, the planetary energy is blocked or limited. People experience difficulties and obstacles while trying to achieve their goals.

The planets connected by challenging aspects reveal their worst nature and are often responsible for conflicts and disagreements.

The aspects can also be major and minor. Major are the most important and always used in astrology analysis. Minor aspects are also relevant but usually when the degree is exact. The major aspects are conjunctions, trines, oppositions, sextile, and square.

Trines are major aspects and have beneficial nature. Many astrologers consider them the luckiest aspect.

They are formed when the degree between planets is 120. They create opportunities for success and accomplishment of desires. They help the person achieve their desires without much effort.

We already mentioned that astrology can be used to analyze relationships and their potential. It uses a technique called synastry to decipher whether two people have compatible characters and whether their relationship will be a lasting one or not.

Synastry approaches this analysis observing people and their nature as their planetary positions.

Synastry first analyzes the natal charts of two individuals to form a picture of their personalities and preferences and then compares their individual charts calculating the aspects between their planets and determining the houses where their planets fall into their partner’s natal chart.

The houses where the planets fall in their partner’s chart trigger different areas of their partner’s life and influence it. The aspects between the natal charts of two people show whether the relationship will be a satisfying experience for the partners or not.

When the aspects between the planets are prevalently harmonious, that is an indication of basic compatibility of their nature.

These two get along well and have a sincere desire to maintain their relationship. They want to make compromises and are tolerant to their partner’s flaws and differences.

The relationship is an easy flowing and the partners can come to an agreement about any issue they experience. They don’t allow their problems to pile up.

In case the aspects between two natal charts are prevalently challenging and negative in nature, the situation is different.

This is usually a sign of incompatibility of natures and indication that the partners don’t get along well. The relationship might be filled with misunderstandings, conflicts, disagreements, lack of compromise and cooperation, and these can all be the reasons for a breakup.

Relationships with challenging aspects are often short-lived, although this doesn’t have to be the case always. These relationships can last a lifetime but they destroy the partners’ lives with their draining influence.

Partners connected with challenging aspects usually don’t have enough will to fight for their relationship and make compromises. They allow their problems grow which eventually ends the relationship. Sometimes these are relationships filled with violence.

In some cases, synastry analysis shows lack of significant aspects between two natal charts. This is often the case when the partners don’t have interests for each other and the relationship between them usually never begins.

Venus is a bright planet. It is the brightest on the night sky after the Moon. This is a planet of love and emotions. It rules romance and relationships, as well as beauty, just like the ancient Roman goddess whose name it carries.

This planet is visible with a naked eye on the night sky, and because of that it was called the “morning or the evening star” since ancient times.

This planet is the ruler of Libra and Taurus. Its exaltation is in Pisces. The planet feels best when placed in these signs.

Those who are influenced by the planet Venus are usually creative and love beauty. They are also romantic and sociable. They cannot stand to be single for a long time. They naturally incline towards partnerships.

These people often chose artistic and creative professions where they can use their talents to create beauty.

They also love to be surrounded by beauty and usually have beautifully decorated homes. They usually have a style other people admire. They love to be well-dressed and many of them pay much attention to their physical appearance. Many of them are blessed with great looks and physical beauty.

The position of Venus in the natal chart shows what the person finds beautiful. In a men’s chart it reveals the type of women he is after or in a woman’s chart the type of woman she is.

When Venus is afflicted, this gives the person negative Venus traits, such as laziness, vanity, self-indulgence, reckless spending, procrastination, selfishness, being prone to manipulating others and bragging. They could be irresponsible and prone to indulging in pleasures of all kinds.

These people can be narcissistic. They often jeopardize their finances with their spending habits. They can be selfish and think only about their needs.

Venus well-placed in the natal chart usually makes the person well-mannered and considerate. These people are very sensitive to other people’s feelings and try their best not to hurt them.

Mars has a fearsome reputation, despite the fact that it is a small planet. The surface of this planet is covered with red iron dioxide and that makes it appear red.

This is the reason why some call this planet the “red planet”.

In mythology, the Roman god Mars was the ruler of war and destruction.

When Mars is afflicted, it can be the cause of terrifying experiences. When it is well-placed it gives the person determination and endurance to fulfill their dreams.

This planet rules the signs Aries and Scorpio. Its exaltation is in Capricorn. In these signs Mars has the most power. People influenced by Mars usually have powerful personalities.

They are energetic and determined to succeed. With harmonious aspects of Mars these people are honest and rightful. They are also defenders of the weak.

These people can be very courageous. They are not afraid of hard work to achieve what they desire.

In challenging aspects, Mars can give the person violent character prone to brutality. These people might be overly controlling and try to dominate others. They are also ruled and intolerant.

Mars people could have a competitive nature and be prone to provoking other people.

This aspect is an indication of both emotional and physical compatibility between two people.

This is a romantic/passionate combination. These two really like each other and are very attracted to one another physically. This is a true love connection. They see each other as “extra special”.

This aspect supports the longevity of their relationship and neutralizes the negative effects of some aspects between their natal charts, if there are any. Mars is fascinated by Venus’s beauty and physical appearance and Venus is attracted by Mars’s passion and powerful nature.

This relationship in most cases indicates a long-term partnership where both partners can imagine being in a relationship with one another. They usually don’t wait long before making the commitment because they instinctively know that this is the “real thing”.

There is almost magnetic attraction between them and they feel physically drawn to each other.

Usually this thing initiates the relationship between them, but in time it becomes obvious that there are stronger ties between them and that their relationship is based on more than mere physical attraction.

This aspect creates a strong energetic vibe between the partners. They feel wonderful in each other’s presence. They illuminate each other’s image of an ideal romantic partner.

When someone’s Venus makes a trine aspect to another person’s Mars, this is an indication of strong physical and emotional attraction between these two people.

This aspect is usually present between the natal charts of married people or partners in long-term romantic relationships.

It is an excellent aspect that supports the longevity and stability of the relationship and helps the partners overcome the possible issues caused by some other challenging aspects. They might perceive each other as ideal partner.

The attraction between them is instantaneous. They instinctively feel that they are right for each other and don’t wait much before making the commitment.

Mars is usually drawn by Venus’s attractiveness and beauty, and Venus is mesmerized by Mars’s passionate nature and strong personality.